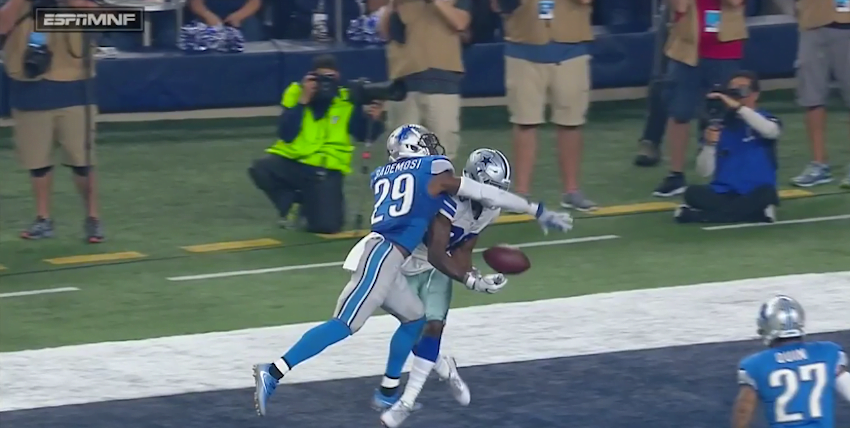 #DezCaughtIt. And oohhh man, was it pretty.

Dak Prescott put a little sauce on this 25-yard touchdown sling where only Dez could haul it in. Dez did exactly that, reeling it in with one hand as he fended off a Detroit Lions defender who was called for pass interference. Here is the video:

Here is another angle of it. It appears an intern started the video a bit too late, but you get the gist of it.

The Cowboys are tied with the Lions, 21-21, and Bryant is leading the Boys in receiving with 51 yards and a touchdown reception.