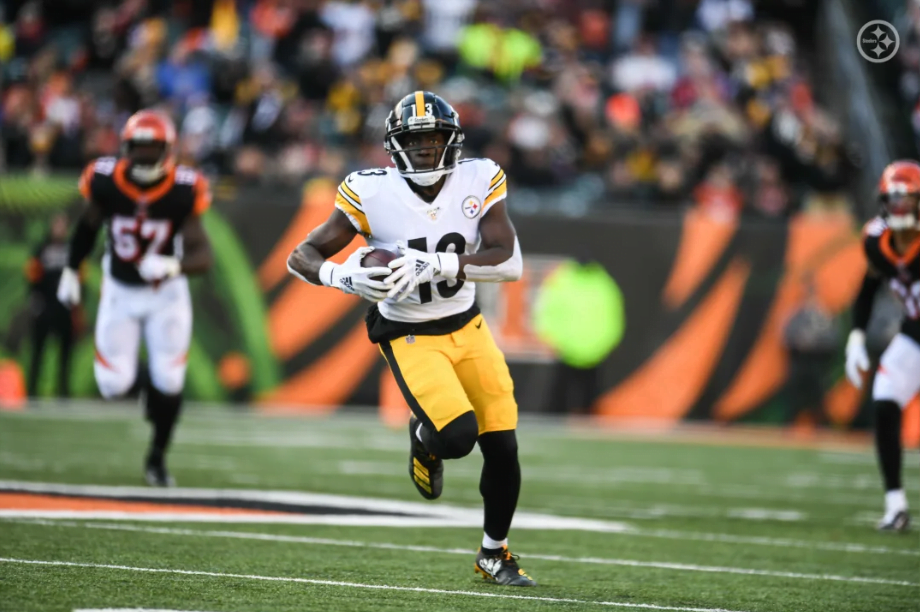 A rematch of Bedlam QBs was not in the cards for when AFC North rivals the Pittsburgh Steelers hosted the Cleveland Browns on Sunday. While Baker Mayfield took the field, Mason Rudolph was on the sideline, and Pittsburgh’s undrafted rookie Devlin Hodges got the nod.

Hodges went 7-of-11 for 108 yards in the first half, buoyed by this impressive catch by James Washington to tie the game in the waning moments of the second quarter.

Check out the insane grab in spite of the pass interference.

Washington didn’t take long to build chemistry with Hodges. Last week, soon after Rudolph hit the pine, Washington and Hodges connected for a 73-yard touchdown as part of the second-year wideout’s career game.

Heading into the second half, Washington has caught all three targets for 67 yards and that score.