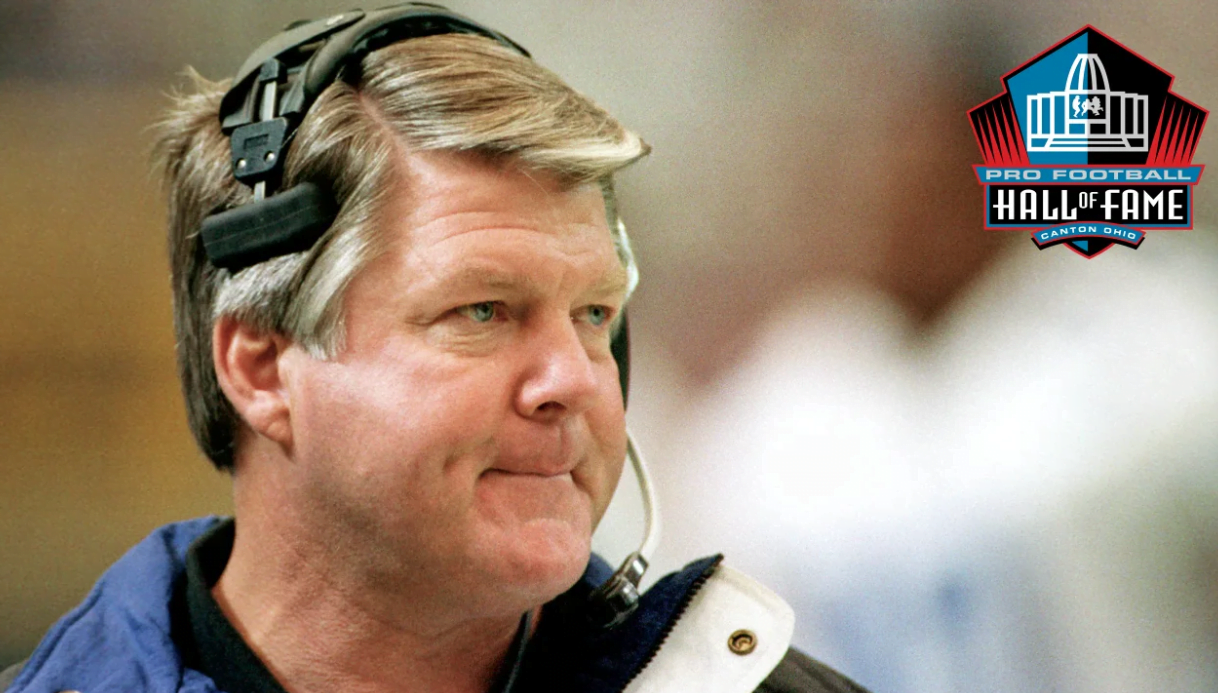 In the list of Twitter clips that I can watch over and over again, the door knock Hall-of-Fame announcement videos from Canton, Ohio are near the top. This year the Pro Football Hall of Fame did us one better.

During this weekend’s playoff coverage, Hall of Fame president David Baker surprised Jimmy Johnson, announcing that he would be enshrined as part of the hall’s 2020 class.

Legendary @dallascowboys coach @JimmyJohnson finds out live on TV he is the newest member of the Pro Football Hall of Fame! pic.twitter.com/GK3jlSlWRz

Johnson got his first head coaching job at Oklahoma State where he went 30-25-2 from 1979-83 before going on to Miami where he won a national championship in 1987. From there he spent four years as the Dallas Cowboys’ head coach, winning two Super Bowls and was credited with building the roster that won a third ring with Barry Switzer at the helm two years after his departure. Johnson finished his coaching career with the Miami Dolphins.

"I think he's gonna look real good in gold."@TroyAikman shares the emotions he felt when he found out his former coach @JimmyJohnson will join him in the Hall of Fame. pic.twitter.com/wXaaU11nhR

And then went to Instagram to shout out his former head coach.

My relationship w Jimmy Johnson spans over 35 years. He was the first to recruit me out of Henryetta High School when I was 17 while he was the head coach at Oklahoma State. Two years later when I was transferring from Oklahoma, he recruited me to the University of Miami. I chose UCLA. After turning him down twice, the Dallas Cowboys chose me as the #1 overall draft pick in 1989. We had a rough start, went through some difficult times, had stretches when we didn’t speak. What I’ve learned though in life is we remember those who make us better. Jimmy made me better, but more importantly, he made the Dallas Cowboys better. He was the architect of our 1990’s dynasty and while as our leader and coach, he should have been the first to be enshrined, I am so grateful he will have his rightful place in the @profootballhof – congratulations Coach! You’re gonna look good in gold! #howboutthemcowboys

Johnson will now be enshrined in both football halls. He was inducted into the National College Football Hall of Fame in 2012.

Johnson joins former Pittsburgh Steelers coach Bill Cowher who was surprised in similar fashion on his CBS set on Saturday. The remainder of the 15-person class is yet to be announced.