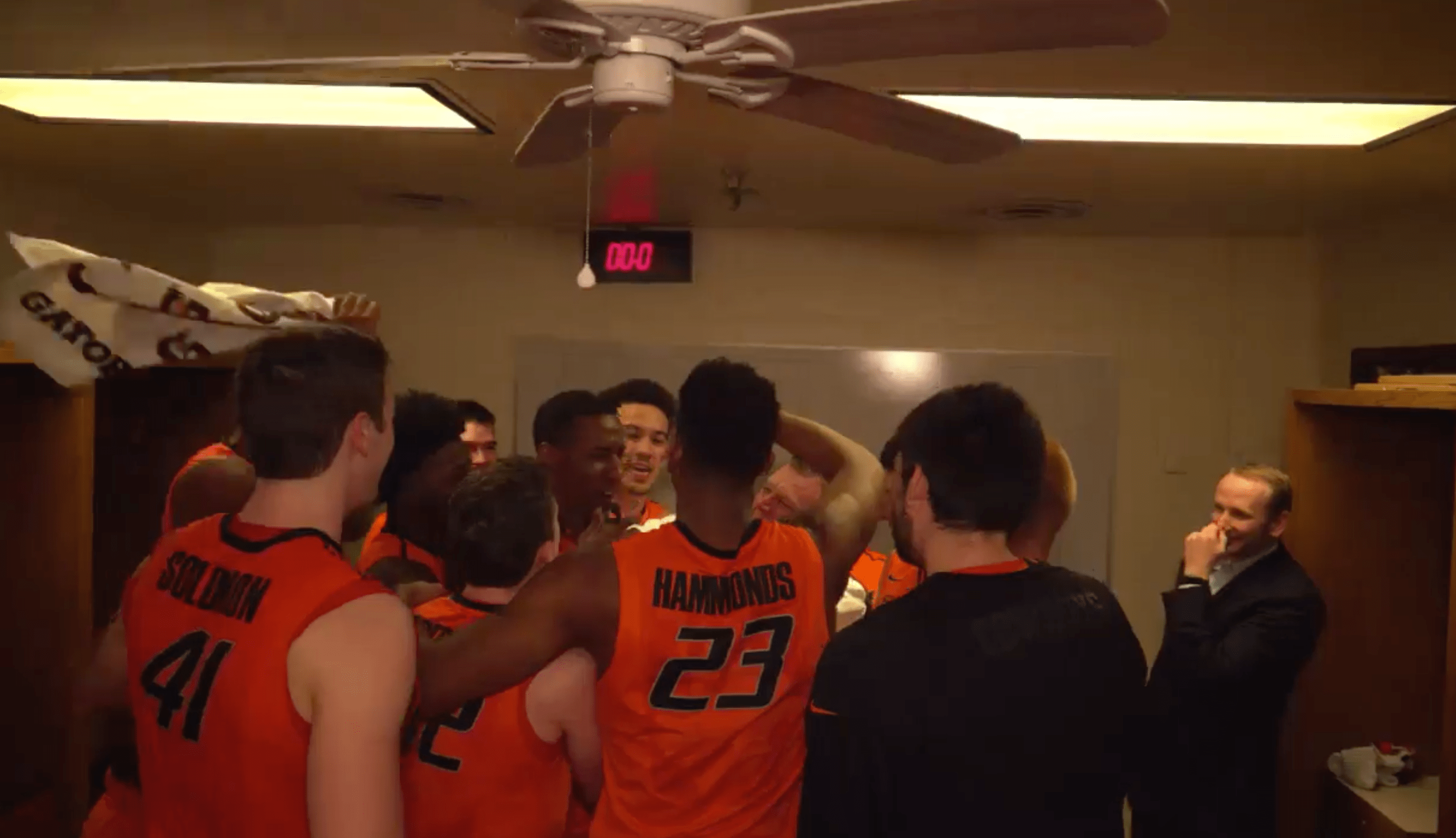 This is fun. Basketball is fun again! Oklahoma State celebrated a wild 68-66 win in Norman on Monday night by bouncing and chanting with their fearless leader Brad Underwood in the bottom of Lloyd Noble Center.

I have not watched this clip 15 times (yes I have).

Check out the scene in the Cowboy locker room after tonight's #Bedlam win! #okstate pic.twitter.com/jfzP3SqcVO

The hero of the night also got a nice yelp in before exiting stage right after OSU’s first win in Norman since 2004.

When you hit the game-winner in #Bedlam… #okstate pic.twitter.com/VFiJPC0EFP