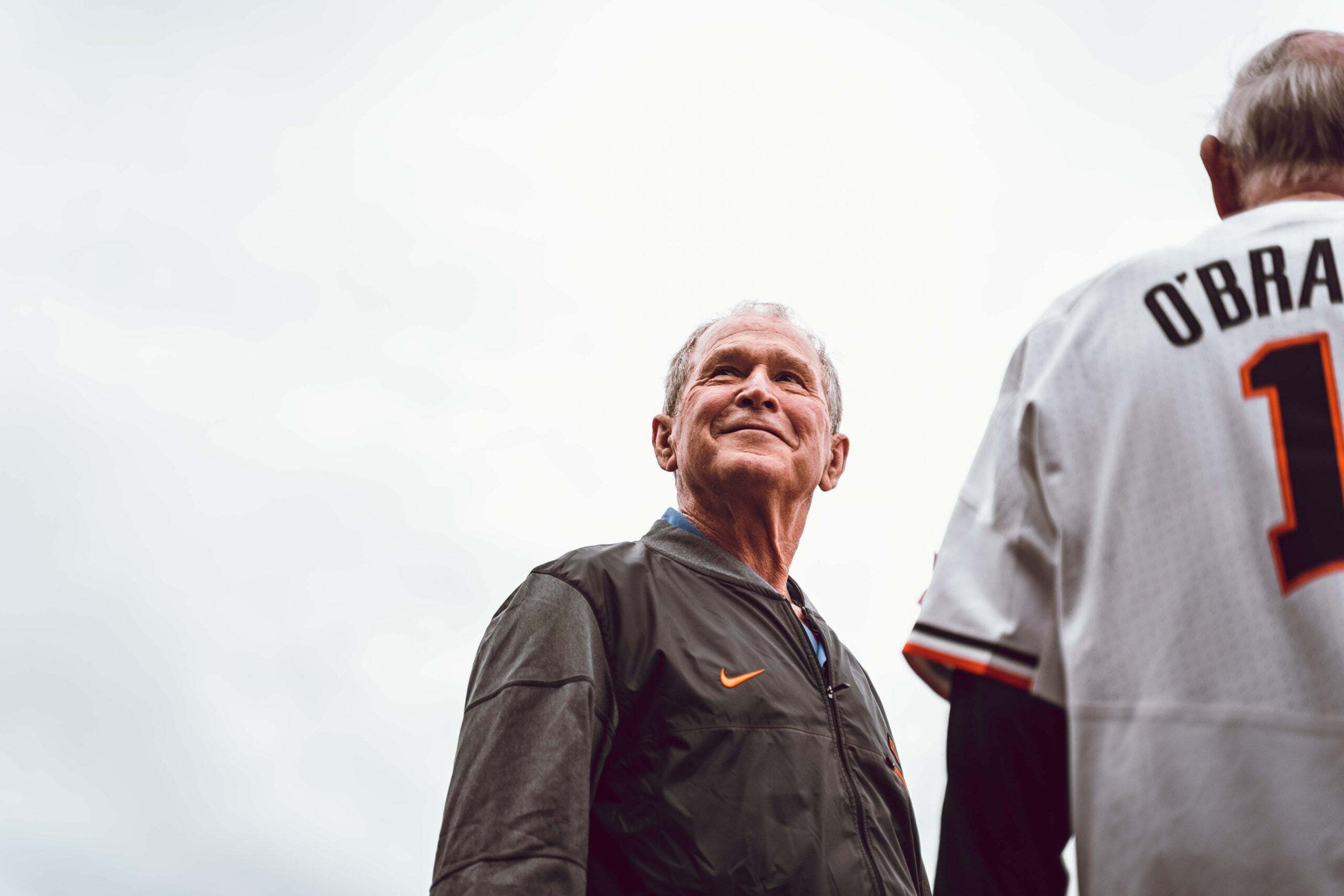 On Thursday, President George W. Bush, — along with venue namesake and OSU benefactor Cecil O’Brate — christened the Cowboys’ baseball stadium by throwing a ceremonial first pitch ahead of OSU’s regular season finale. Bush’s original trip was scheduled for March of 2020, but was put on hold due to COVID-19.

The ritual not only helps memorializes the ballpark, it serves as another step towards the normalcy we’ve all been craving for a year-plus.

Most importantly, it looks like 43’s still got it, and he even threw up a Pistols Firing afterward.

The ceremony also included a Warbird flyover. Following the Cowboys’ tilt with New Orleans, there will be a fireworks show, as well.