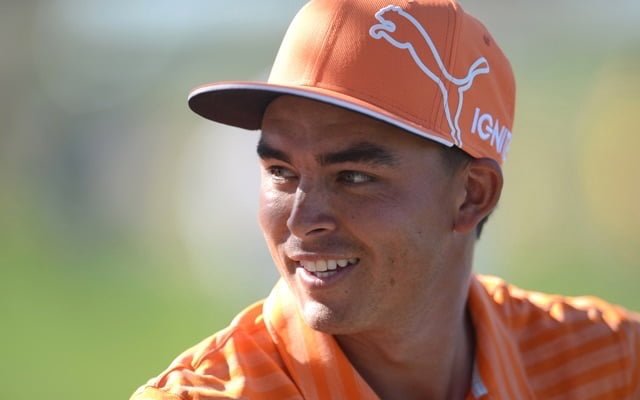 There’s no shame in losing a golf tournament to Hideki Matsuyama. The Japanese Matsuyama has now won The Memorial and the Phoenix Open, both in pretty dramatic fashion. The latter unfortunately came last weekend at the hands of Rickie Fowler.

Fowler pumped a driver into the water on the 17th hole in regulation and lost in four playoff holes. You can read more about why hitting driver was the correct play even though he had a two-stroke lead late in the day on Sunday right here (that post is excellent, by the way).

Rickie Fowler very emotional after losing in the 4th hole playoff at the @WMPhoenixOpen. #12Sports pic.twitter.com/M0ClR52PWx

“I mean, the hard part is having, you know, all my friends and family and grandpa and my dad who haven’t seen me win. But I will be able to kinda hang with them tonight. I’ll be all right. With how good I’m playing, I know I can win. That’s the hard part.”

Great stuff. Fowler gives a crap. Some people think it’s a reason the U.S. is going to win the Ryder Cup this season.

“The U.S. would do better in Ryder Cups if our guys felt freed up to show more emotion,” Billy Horschel told Golf Digest recently.

“There was a time when an outward show of fire from a Lanny Wadkins or Raymond Floyd was welcome. Over the past 20 years, the media has pretty much beat it out of them. In international team play, where you’re playing for your country and each other, it’s natural to show excitement. It can lift you up, take you to another level.”