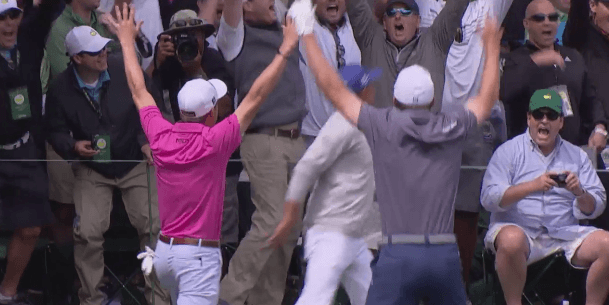 AUGUSTA, Ga. — (I’m only writing this post so I can write that Augusta, Ga. byline) Rickie Fowler made an ace in the Par 3 Contest on Wednesday at the Masters. It (somehow) gets better. The ace covered up Justin Thomas’ ace on the same hole.

Jordan Spieth was playing with them and everybody just lost their minds after it went down. Fowler even taunted Spieth afterwards.

“Yeah, you know, after two hole‑in‑ones, you got to man up and hit the shot,” said Fowler. “Just couldn’t do it.”

Watch @JustinThomas34 make a hole-in-one on No. 4 in the Par 3 Contest. #themastershttps://t.co/SWVQMzUigg