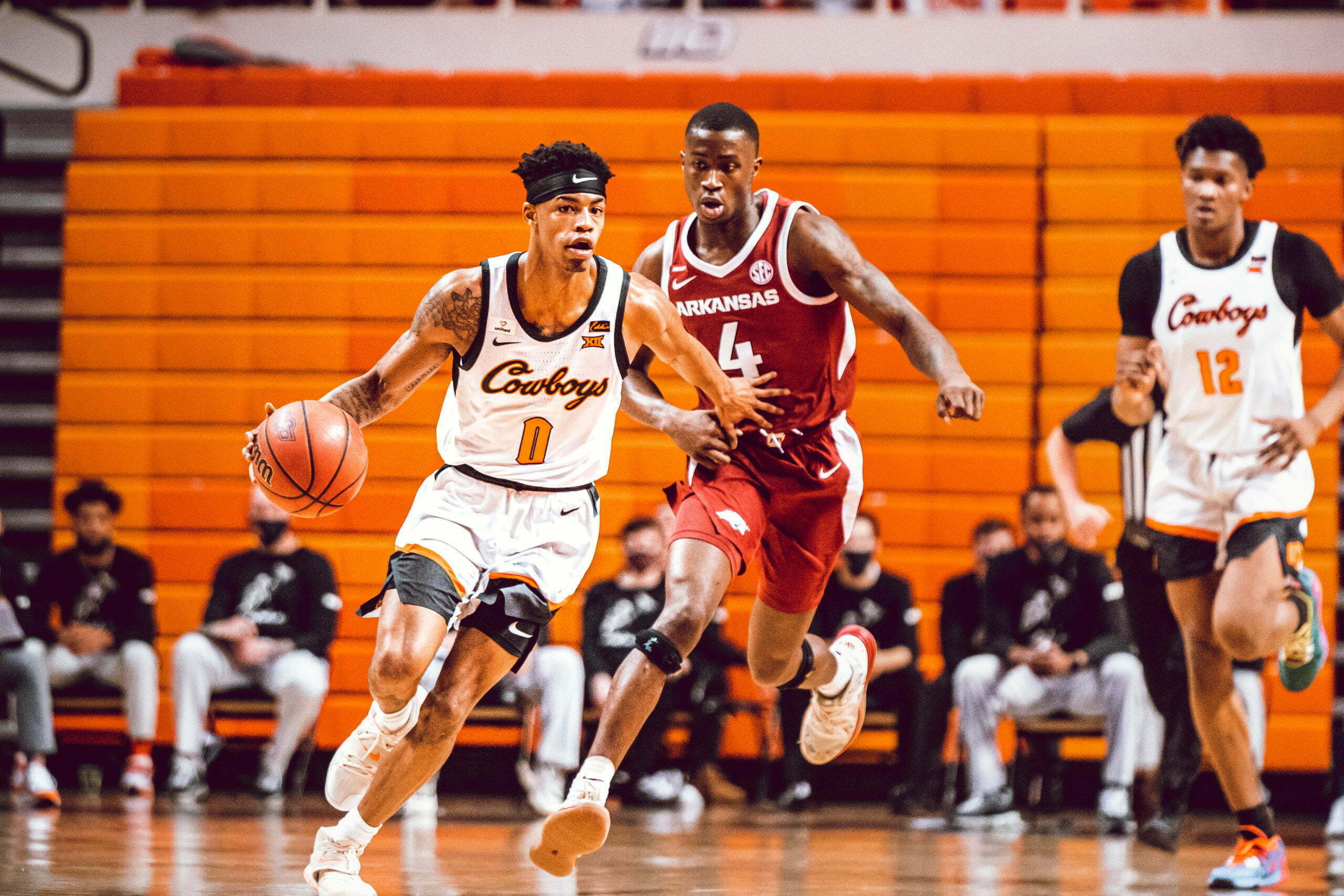 Both of Oklahoma State’s hoops teams picked up victories on Saturday. The Cowboys earned theirs thanks to same late-game heroics from Cade Cunningham in his return, while the Cowgirls cruised to a big road win at KU.

Let’s get into some of the highlights.

The Cowboys survived another turnover-heavy first half (15 this time) by shooting lights out. OSU nailed 55 percent of its field-goal attempts in the opening period.

Avery Anderson started off white hot, making his first three shots and finished 5-of-7 from the field (3-of-4 from deep). But his most memorable play was this skywalking reverse layup on a fastbreak.

Here’s another angle of it.

Then this grown-man sway by Matthew-Alexander Moncrieffe led to a runout by Isaac Likekele the other way. I’m surprised they didn’t have to retire that basketball.

The Razorbacks made their own runs and held a five-point lead with just under six minutes remaining.

But crunch time is Cade time.

And then Cade shut it down.

Here’s a look at the full-game reel from OSU.

The Cowboys head to Fort Worth on Wednesday night for an 8 p.m. tipoff against TCU.

The Cowgirls used a big second half from sophomore guard Lauren Fields to extend their win streak to three. Fields score 19 of her career-high 23 in the final two quarters.

Here are the top plays of the game, courtesy of OSU.

The Cowgirls will see the Jayhawks again on at 6:30 p.m. Tuesday, this time on their home turf.