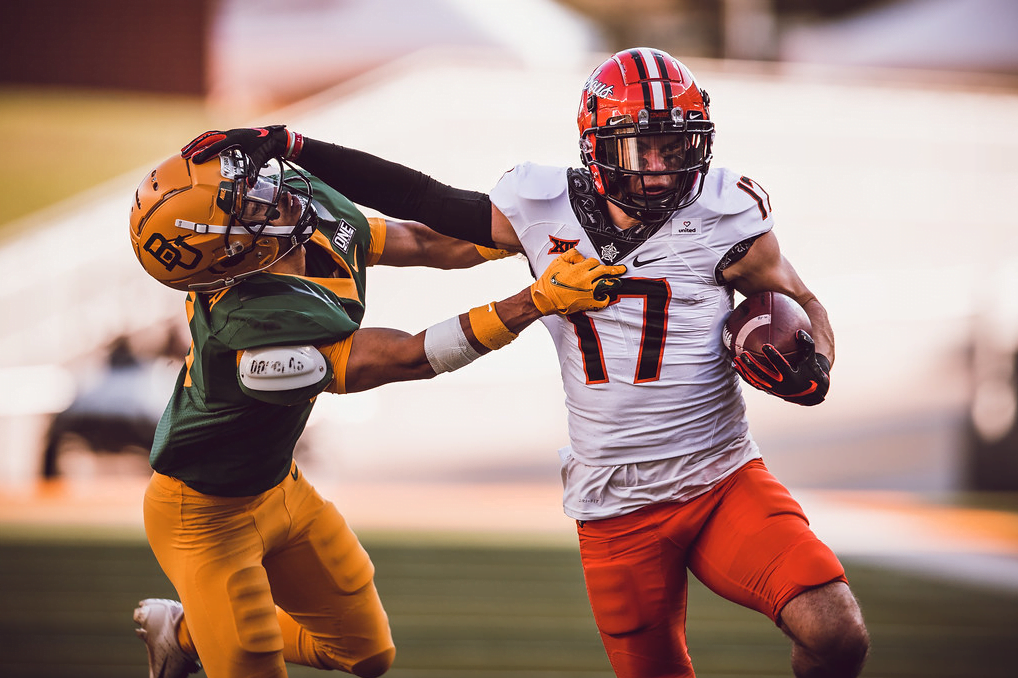 Oklahoma State athletics went 2-0 on Saturday with the Cowboy football team earning a big win over Baylor and the men’s hoops squad edging out Wichita State on the road to remain unbeaten.

Let’s look at some of the highlights from a successful weekend in Cowboy Country.

Without Tylan Wallace and Chuba Hubbard, Mike Gundy had to rely on other playmakers to step up — one a seasoned vet, the other a true freshman seeing his first action as a featured back.

Richardson had too many highlights to list, but these were a couple of my favorite runs.

First, he showed off some impressive, tough running for someone who was in high school last year.

And here he showed he’s got the ability to make defenders miss and then the wheels to finish it off with a big play.

Calvin Bundage recorded a sack for the third-straight week to go with two QB hurries.

Bundage leads the Cowboys with 6.5 sacks this season. That’s the most among linebackers in the Big 12, and only four LBs have more sacks in all of college football.

Cade Closed it Down in Wichita

Cade & Co. remained unbeaten thanks to big games from both Isaac Likekele and Rondel Walker, who combined for 27 points.

But it was the Cowboys’ superstar who came up big with a couple of clutch plays.

Cade may have only had 3 points in the second half (they were a huge 3 points), but he was finding other ways to make winning plays outside of scoring.

Here are some more highlights from the Cowboys’ win over Wichita State.

The Cowgirl hoops squad came up short to Tulsa on Sunday, despite a 14-0 run in the second half that pulled the Cowgirls within 3 with a minute to go.