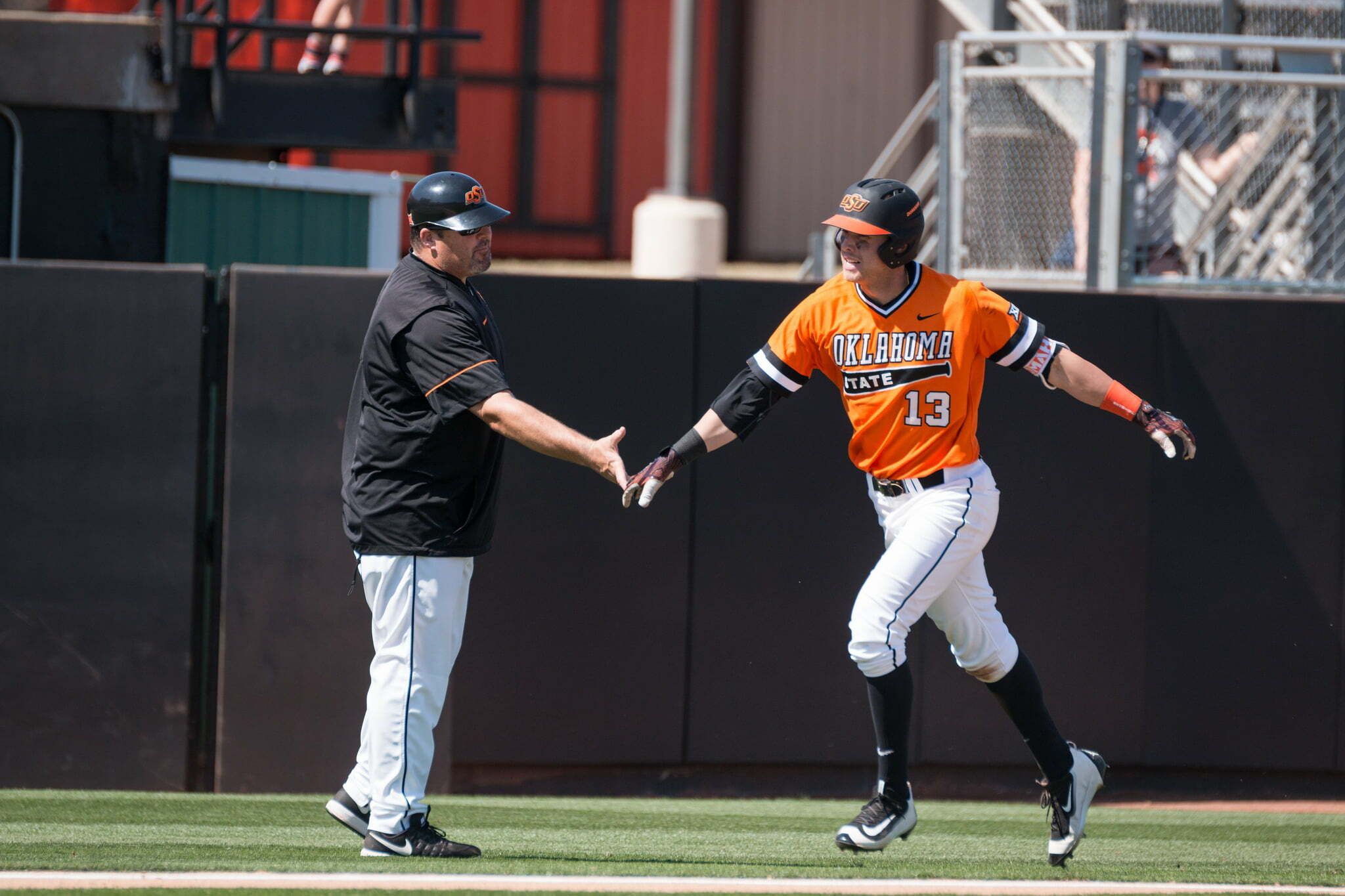 Starting a season with a series victory is desirable, but especially so on the road. Oklahoma State’s baseball team won two of three games against the Bobcats in San Marcos, Texas, this weekend. Here’s a game-by-game recap of the action.

The Cowboys started the 2018 season in the win column with a 6-2 victory against Texas State, marking their first win in a season opener since 2014.

The game was scoreless after five innings, but a three-run sixth propelled the Cowboys. Colin Simpson’s two-run bomb in the sixth gave OSU a 3-0 lead. The Cowboys scored a pair of runs off Bobcat errors, and Simpson earned his third RBI of the day with a single up the middle in the top of the ninth.

Jonathan Heasley was efficient on the mound, allowing no runs on four hits in six innings of work. He struck out six (tying a career-high) and walked three. He earned his third victory of his career.

The Bobcats scored early and often against the Cowboys on Saturday, racking up six runs in the first two innings. Oklahoma State had five errors, and two of those allowed Texas State to score runs. The Cowboys’ only run came in the form of a bases-loaded walk in the ninth. Simpson was the only Cowboy to record multiple hits.

Both teams hit a home run Sunday, but OSU’s came with more men on base. Colin Simpson’s three-run home run to right field proved to be the difference as OSU took the series finale. Jaylen Hubbard of TSU smacked a solo shot in the second to tie the game at 1-1.

The Bobcats scored another pair in the second to take a 3-1 lead. Matt Kroon’s fourth-inning RBI double gave the Cowboys a 5-3 lead, and Andrew Rosa’s sixth-inning RBI single to left field gave them their final run of the day.

Neither team committed an error, and OSU had nine hits compared to TSU’s 11. No pitcher threw more than two innings for the Cowboys. Carson Teel earned his first save of the season, striking out four in two innings.

The Cowboys will face Oral Roberts at 4 p.m. Tuesday in Allie P. Reynolds Stadium before hosting a three-game series against Marist, which begins Friday.