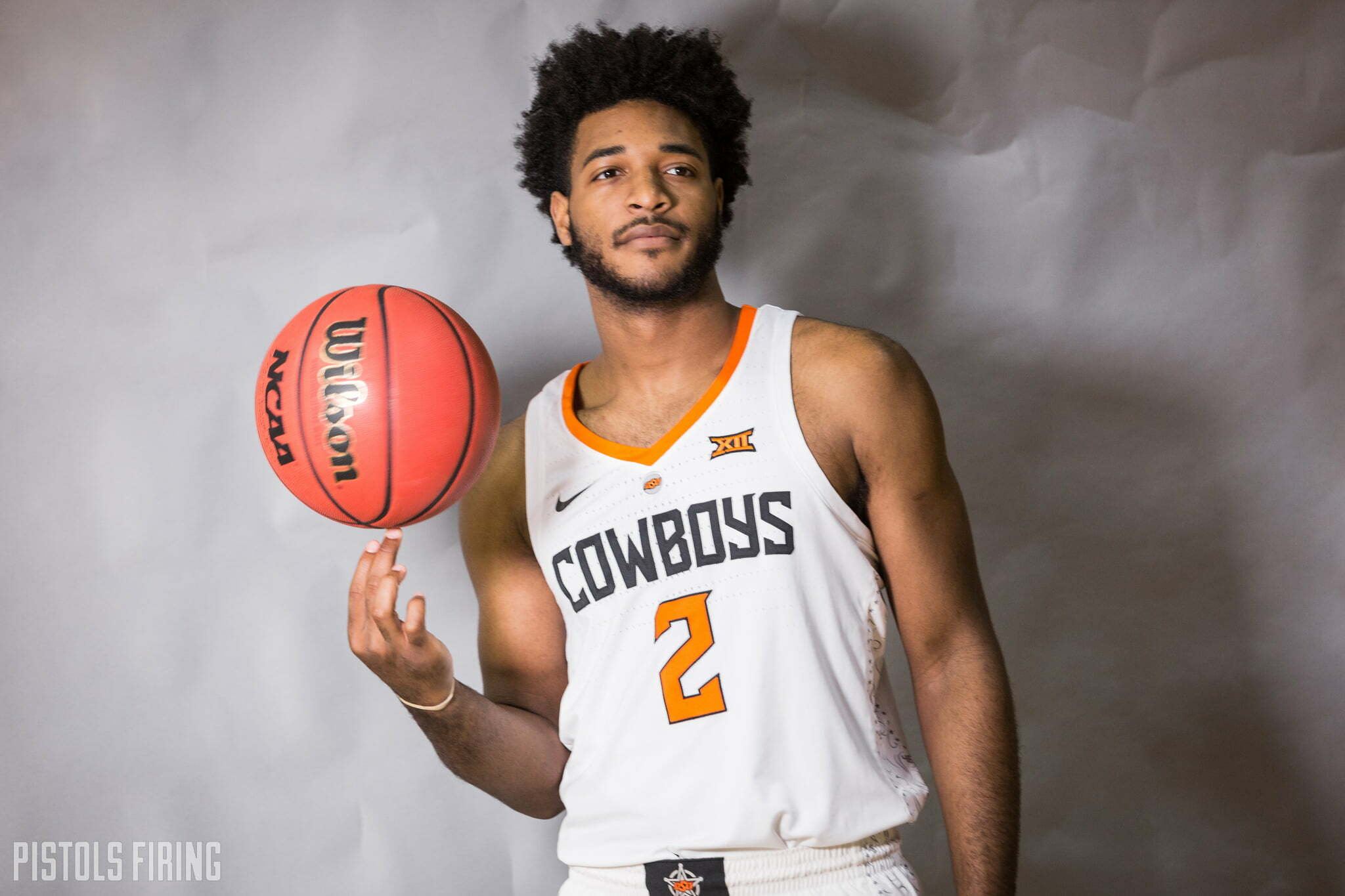 STILLWATER — When Maurice Calloo was 15, he left his family in Ontario, Canada, and took the country roads down to West Virginia.

Calloo, now a freshman at Oklahoma State, was scouted at an AAU tournament and left Canada for Huntington Prep, where he lived with a host family, the Joneses. So, when the Cowboys travel to Morgantown on Saturday, it won’t be the first time the Canadian has been in West Virginia.

Calloo’s performances have advanced with the calendar. Against Oklahoma this past weekend, Calloo scored eight points and brought down a career-high seven rebounds. His line on the box score wasn’t as impressive against Texas on Tuesday, but Calloo made a few hustle plays and brought in three big offensive rebounds that helped the Cowboys to their first conference win of the season.

Those types of plays weren’t around in Calloo’s opening semester of college. In the Cowboys’ first nine games, Calloo took 13 3-point attempts and made only one. He then never checked into OSU’s game against Nebraska in Sioux Falls, but since that low, things have trended upward.

“Mo is a very smart kid,” Boynton said. “He’s really, really intelligent. He’s stubborn a little bit, and I think early on, he allowed his stubbornness to get in the way of his progress. We talked about progress over pride. He had a little too much pride to allow himself to grow early. He wanted to prove that he could shoot his way into the lineup.

“I’ve seen him really just change his approach entirely. Those two balls he chased down the other day, there’s no chance he does that a month ago, no chance. He’s starting to buy in more to what it takes for him to get on the court, so maybe selfishly motivated in that area, but he’s also seeing that it affects his team. He saw that it affected our crowd.”

Calloo said the most difficult part of his first semester of college was figuring out how to manage his time between basketball and school, but he said his journey home for Christmas renewed his motivation.

“I’m just starting to get used to it, so I’m just starting to bring my effort every day,” Calloo said. “Going back home, seeing what my family’s going through, I gotta come back here are just play harder. Just life struggles, you know. Mom’s working two jobs, things like that.”

Coming out of Huntington Prep, the same school OSU guard Curtis Jones attended, Calloo was a three-start recruit, but he chose OSU over offers from Illinois, Florida, Kansas State, Ole Miss and Mississippi State. Calloo played the 2017-18 season with national power Oak Hill Academy, where Calloo helped the Warriors advance to a national semifinal and a 42-2 record.

“Coming out of high school and going to a good program, you think you know it all, you think you’re gonna go here and be the man, but it’s a different beast in college,” Calloo said.

Calloo said he found out just how much more difficult college basketball was after the first workout and conditioning session. He said in high school he was used to scoring being enough to get on the court, but he has since figured out his energy level, rebounding and defense can get him on the college court.

Calloo said his host mother, father, brother and Nana will be in Morgantown on Saturday to see him play. When asked if the family was Mountaineer fans, Calloo grinned and said: