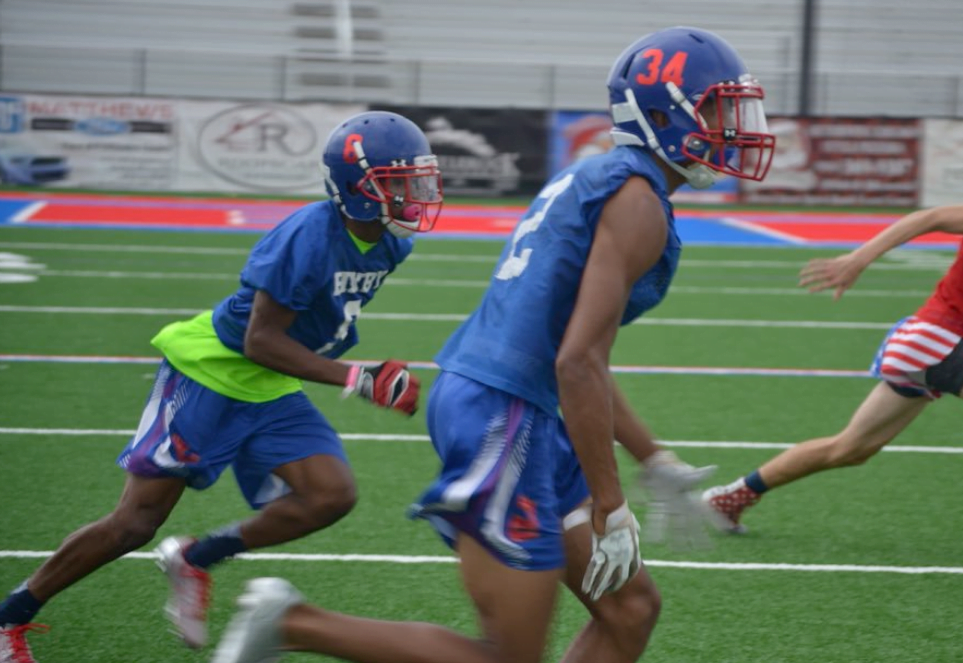 Bixby two-way star Brennan Presley became the 13th commitment of the 2020 recruiting class for Oklahoma State over the weekend. After a short-but-sweet recruitment — he was offered in late June, committed on Monday — he wasted no time with his process by choosing the school he’d had his sights set on. Let’s take a look at what his pledge means for OSU.

Presley not long ago was rated as a two-star recruit, off the radar and largely unheralded (ESPN doesn’t have a recruiting profile for him). He’s seen his star rise a bit of late, though, with New Mexico State, Memphis, North Texas, Arkansas State, Air Force and OSU offering him since the calendar turned to 2019.

Presley’s a quick-twitch athlete who at Bixby has done a little of everything. He’s a kick return specialist, a running back, a receiver and a corner. He’s very good at all of these things because he is a preternatural speedster. Check his highlight tape and you’ll see him in the backfield in one moment only to see him, one blink later, 30 yards past the safety strutting towards paydirt.

How he fits at OSU

Presley’s a Swiss-army knife player in that at the next level he could do what he’s thus far done well at Bixby: play everywhere. With his size and pass-catching ability, I’d personally like to see him get a chance at receiver. Anytime you can do something that evenly remotely evokes OBJ comparisons, I’d say that’s good!

The expectation is that Presley will indeed play receiver at OSU, as that is the position OSU offered him to play at. But Adam Lunt posted this video below of him playing at corner, which I didn’t entirely consider but now cannot dismiss. It’s just one play, but whooo, the jump he makes on the ball here combined with his speed could work really well for him at corner.

Most have assumed Brennan Presley is coming in as a WR. Looks prettyyyyyyy good at CB….. pic.twitter.com/EFPuVMtUyW

What impact he has on the recruiting rankings

OSU was sixth in the Big 12 recruiting rankings before he committed, and it remains sixth post-commitment. It did, however, boost the class in the national rankings. Pre-commitment, the Pokes were 41st in the country. After he committed, OSU bumped up to No. 36.

Brennan Presley has not one, not two, not three, not four … OK, he has six (!) siblings. Six! His older sister, Brandee, runs track at Ole Miss (and won the national title in the 100). And his younger brother, Braylin, plays running back at Bixby. He’s a guy OSU could be in a good spot for in two years if he develops at the same pace of his older brother.

“It’s always competitive,” the Bixby star wide receiver and cornerback said [of his sibling rivalry]. “If somebody does something, the other person — they think they can do it better. It’s a nonstop grind and competition, which is kind of cool because you never get complacent.” [NewsOK]