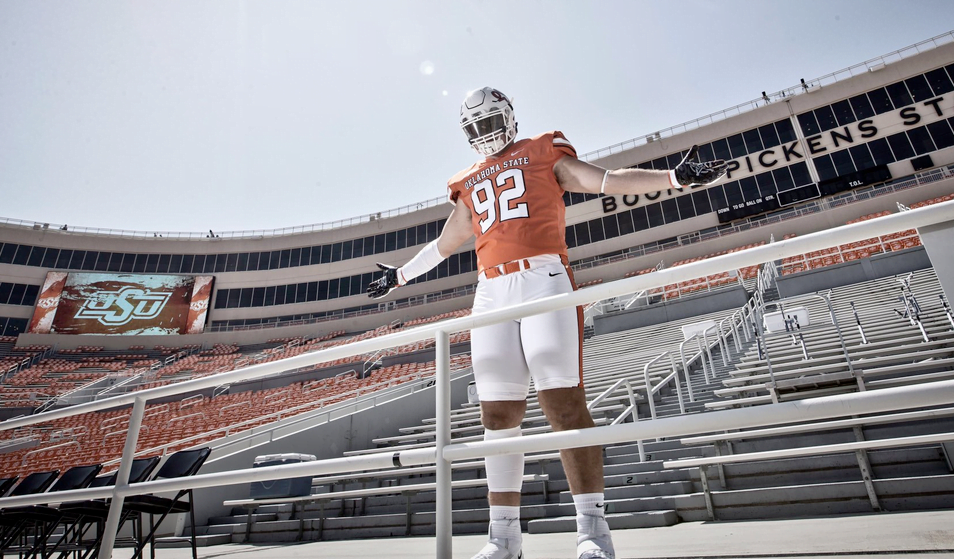 Oklahoma State added commitment No. 17 to the 2020 recruiting class on Tuesday night when Texas defensive tackle prospect Sawyer Goram-Welch announced for OSU. Here’s the impact of what it means for OSU and for the recruiting class.

What it means … in the recruiting rankings

Goram-Welch is the eighth highest-rated pledge of OSU’s 17-man recruiting class. His verbal moved OSU in the national rankings from No. 41 to No. 39. In the Big 12, OSU stayed steady at No. 5 sandwiched behind No. 4 Kansas and No. 6 TCU. On a per-player commitment average, OSU trails only Texas, OU and TCU.

What it means … for the position

There are zero — ZERO! — seniors at the defensive tackle position at Oklahoma State. I had to quadruple check because I didn’t believe that. With Goram-Welch being the second commitment at defensive tackle in this class along with Grant Mahon, I’d expect this should wrap up recruiting at this position for the cycle.

The only potential wrench that could be thrown here is if a spot at DE gets allocated for the DT spot. OSU has one senior at DE and one commitment at DE in the 2020 cycle in Tyren Irby. But it’s a position in need of depth after a bevy of losses last offseason, even with the promise of Trace Ford and the other newbies. However, if OSU decides it’d prefer to chase another DT and feels it’s set at DE, that could change things. This should wrap up the position for 2020 barring a substantial change in circumstances.

What it means … for the 2020 recruiting class

Here’s a stat that surprised me: OSU’s 17-man recruiting class has 10 members likely to play on the defensive side of the ball. So as we roll towards December and the early signing period, I expect that ratio to even out a bit. OSU needs a running back (or two). Maybe another receiver, too. So keep an eye on that in the coming weeks as OSU tries to put a bow on this class.