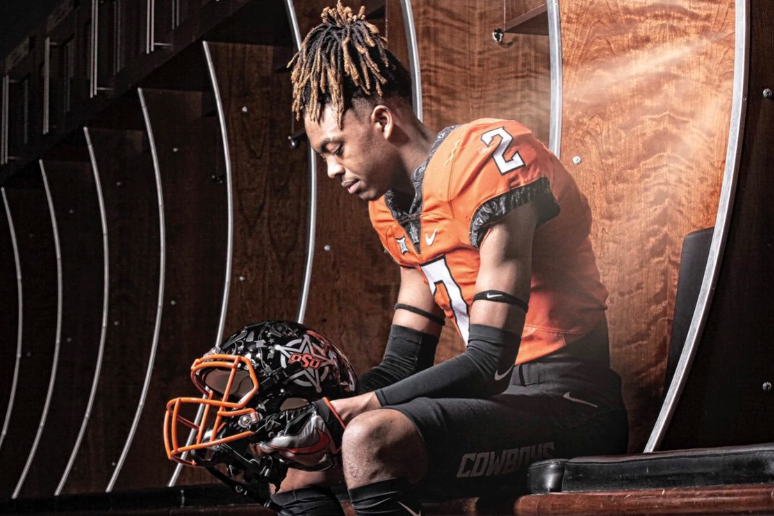 On Saturday night, three-star recruit Korie Black committed to OSU. He’s now the fourth-highest ranked player in OSU’s 2020 recruiting class, and at a position — cornerback — that is one of the main priorities in the recruiting cycle for the Cowboy coaching staff.

His commitment keeps OSU inside the top-30 of the national rankings and likely signals the end of cornerback recruiting in the cycle, giving OSU three for the class. Let’s take a look at Black and what he brings to the table.

Black has a pretty distinguished lineage: his father, Keith, played at Kansas State as a defensive back in the late 1990s. He’s used his genes to stir of plenty of high major offers and interest dating back to 2017.

At Connally High in Waco, Texas, Black played a little receiver last season (27 receptions for 468 yards and three scores), but primarily on defense where he excelled as a star in the secondary. As a junior on varsity last season he logged 33 tackles, two fumble returns, seven (!!) interceptions and three passes deflected.

Since popping onto the radar in 2017, when Baylor became his first offer in March of that year, Black has received more than 20 offers. OSU was his second in July of that year, and to kick off 2018, K-State, Tulsa, Texas Tech and Texas State all offered before the start of the 2018 football season. In the last few months, Nebraska, Colorado, Minnesota, Missouri, Boise, Syracuse and a handful of others came on board before he committed to OSU.

How he fits at OSU

Watching his junior season highlights, Black plays with great anticipation as a defender and regularly beats the wide receiver he’s guarding to the ball. When he’s not ball-hawking, specifically off the line, he’s able to play in either press coverage or 10 yards off his man — Mike Stoops style — to respect speedy opponents on the edge.

OSU and Jim Knowles love to play their corners up on the line and have embraced press coverage, something Black should be able to do well with time and with more meat on his frame. Because OSU is losing seniors A.J. Green, Bryce Balous and Kemah Siverand this year, he fills a void on the roster looking ahead to 2020 and could be an early depth piece.

What impact he has on the recruiting rankings

The recruiting rankings are changing like quick sand. Just five days ago, OSU was in the top 25. Before Black committed, OSU was outside the top 30. With him in the fold, OSU is back up to No. 27 in the national rankings and No. 2 in the Big 12 behind OU.