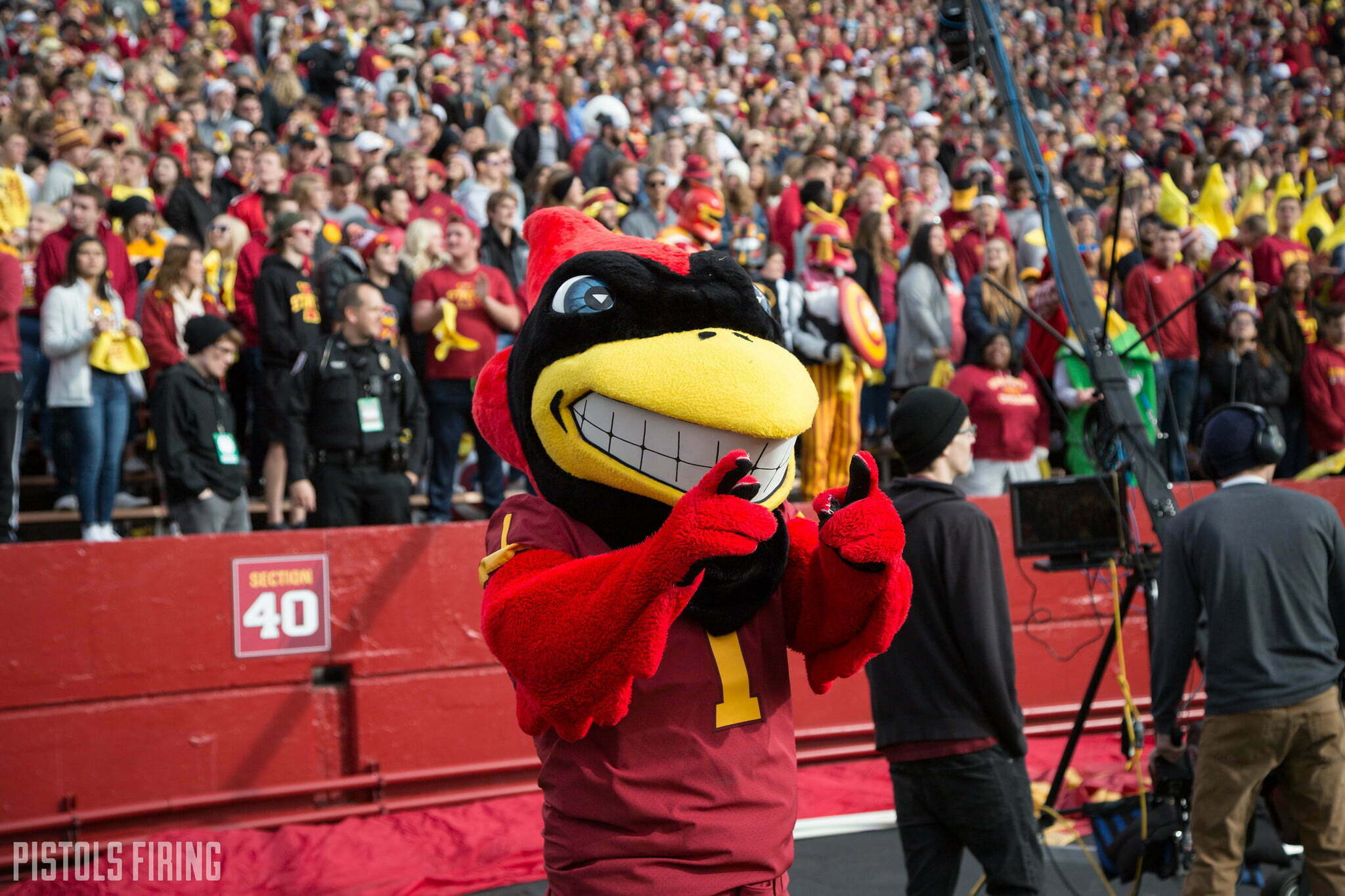 In his tenure at Iowa State, Matt Campbell has a higher winning percentage against Oklahoma than he does Oklahoma State.

That could draw even depending on how Saturday goes with the Cyclones having already beaten OU this season.

Campbell is considered a promising up-and-coming coach within the Big 12. Here are three things he said in the week leading up to his game against the Cowboys.

1. On Prepping for Two QBs

With Spencer Sanders expected to be ready to go against the Cyclones, OSU coach Mike Gundy said there is a possibility Sanders and true freshman Shane Illingworth see action.

That could’ve been a smokescreen from Gundy, a 16-year veteran, as a ploy to get Iowa State’s staff to spend more time preparing for two potentially different quarterbacks. Campbell said he didn’t think it changed much as to which Cowboy QB was in the game.

“I think for them, it certainly sounds like they’re as healthy as they’ve been to start the season,” Campbell on Monday’s Big 12 teleconference. “I think both quarterbacks have shown to be really efficient in their offense. Obviously, Spencer Sanders is an elite talent and somebody that has been in their system now for a year and a half. I really think that young man that came in, the freshmen, that came in the platform already has done a great job. [Illingworth has] a big arm, has got the ability to make all the throws and distributed to all their playmakers.

“So I don’t know if it really changes who they are offensively, and I think both quarterbacks have already proven to be really efficient and really effective in their offense.”

Redshirt senior running back LD Brown has received a ton of praise for his play early in OSU’s 2020 season.

Through three games, Brown is already just 20 yards away from his season career high in a season. His performance and possibility of Sanders returning provide a scary opposition for the Cyclones.

“That’s the thing about really good teams that run the ball: there’s more than just one great ball carrier,” Campbell said Tuesday. “They’re fortunate that they’ve got two young men that are exceptional right now at running the football. One of those, being a senior, who is playing the best football of his career and playing really special. Then, obviously, Chuba Hubbard who we know is an elite player and elite talent. Then you throw in a quarterback who’s got elite running ability. That’s a challenge for any defense.”

Early in his fifth season with the program, Campbell’s Cyclones are 29-26 since he took over in 2016.

That 53 percent winning percentage might not seem incredibly impressive, but considering Iowa State was 20-42 (32 percent) in the five years before Campbell, it’s nothing to sneeze at.

“On my end, there’s a lot of respect for him and what he’s been able to build,” Campbell said Tuesday. “I’ve always been impressed with how his teams have played and competed, and probably more than anything just the respect factor.”