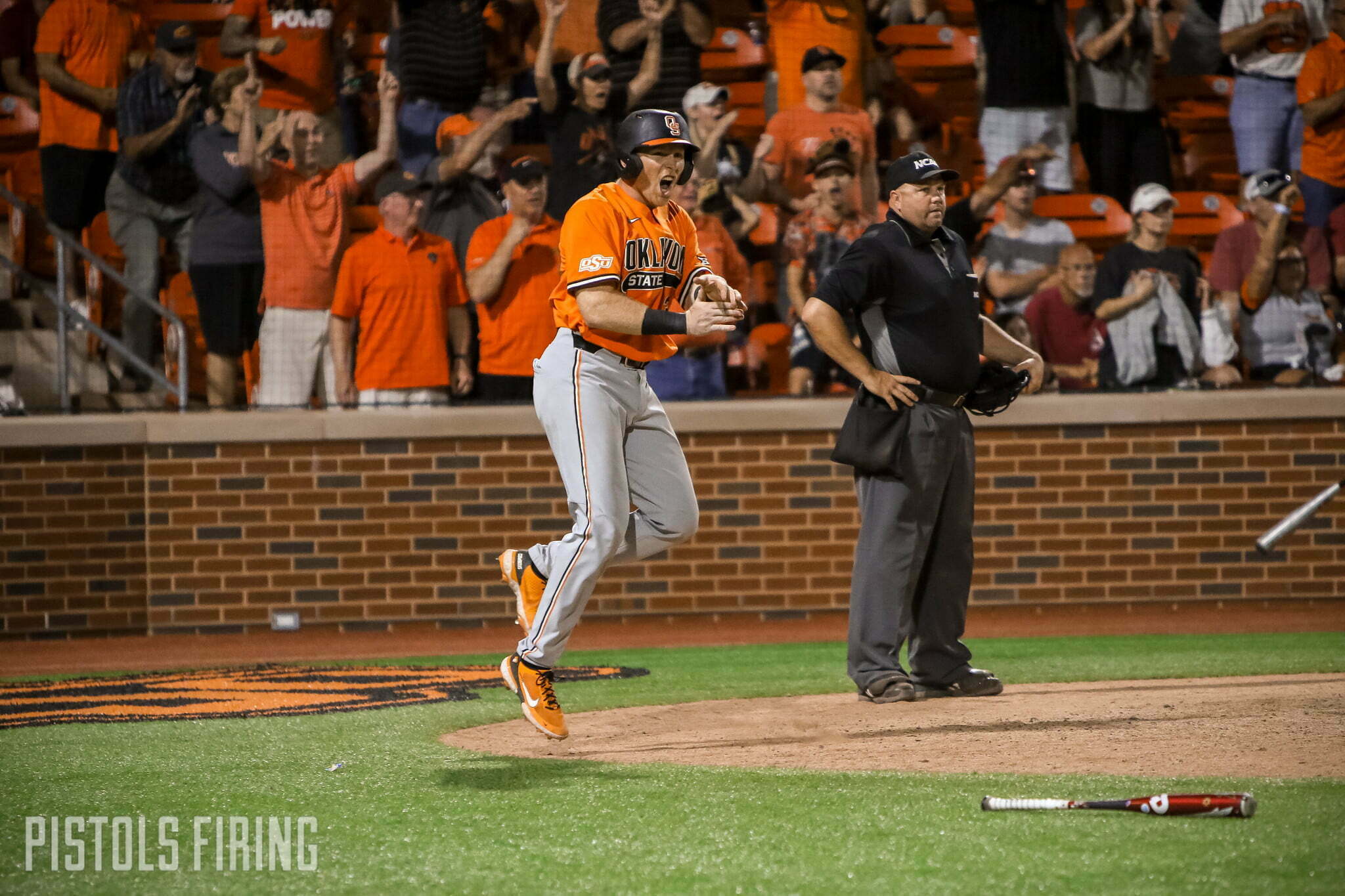 In the event you missed it over the weekend, OSU baseball had a wild few days at the Stillwater Regional. It led by five runs (twice!) over Arkansas on Saturday, only to lose 20-12. It then followed that up by a 29-15 win over Missouri State (after trailing 12-0!) and a 14-10 win over Arkansas (both on Sunday) in what turned out to be a marathon of madness at O’Brate Stadium.

The mayhem continues Monday with the Regional Final between the Razorbacks and Cowboys who have played two incredible baseball games already the last few days. Here’s what to know to get up to speed for the Super Regional play-in game, how to watch — and how to get in the building.

Wait, so how many runs did OSU score this weekend?

The Regional began Friday and ends Monday night. Since the start of the tournament, the Cowboys in four games have scored 65 (!!) runs. Nearly half of that came in the first of Sunday’s doubleheader as they plated 29 — including seven-run innings in the ninth and in the sixth — to take down Missouri State. Suffice it to say the Pokes are still alive because their bats are alive and thriving.

So who’s leading the charge here?

There’s only one way to describe the star of the Regional, Nolan McLean:

McLean closed out Arkansas on the mound Saturday, but it’s hit bat that has done the most damage. He homered three times against Missouri State and twice against Arkansas since the Regional Final began — including a towering two-run bomb to left field in the 10th inning that extended OSU’s lead to 14-10 going to the bottom of the 10th.

Roc Riggio — yes, his name is really Roc Riggio, and yes, my future kid will definitely be named Roc Riggio, I’ve already called dibs — has been no slouch himself. The freshman is hitting a cool .591 in the Regional. He himself has scored nine of the team’s runs while adding 16 RBIs (!!) in four games.

Riggio has also become something of an internet sensation as well. He infamously pranced around the bases after a homer against Arkansas on Saturday in a game the Cowboys went on to lose.

So what’d he do Sunday after homering off Arkansas again? The opposite of a prance — a full-blown sprint around the bases. God bless this man’s content-creation abilities.

So how do I watch?

TELEVISION: OK, so if you’re planning to catch this Regional Final from home, some good news: It’ll be on a major network. It was ESPN+ on Sunday, but it’ll be on ESPN2 Monday night. Live stats will be right here if you can’t tune in. If you’re streaming you can do that through this link.

IN PERSON: If you’re trying to be there in person, the game starts at 6 p.m. — and $10 tickets go on sale beginning at 5 p.m. at the O’Brate ticket windows. More ticket info (via OSU) can be found here.