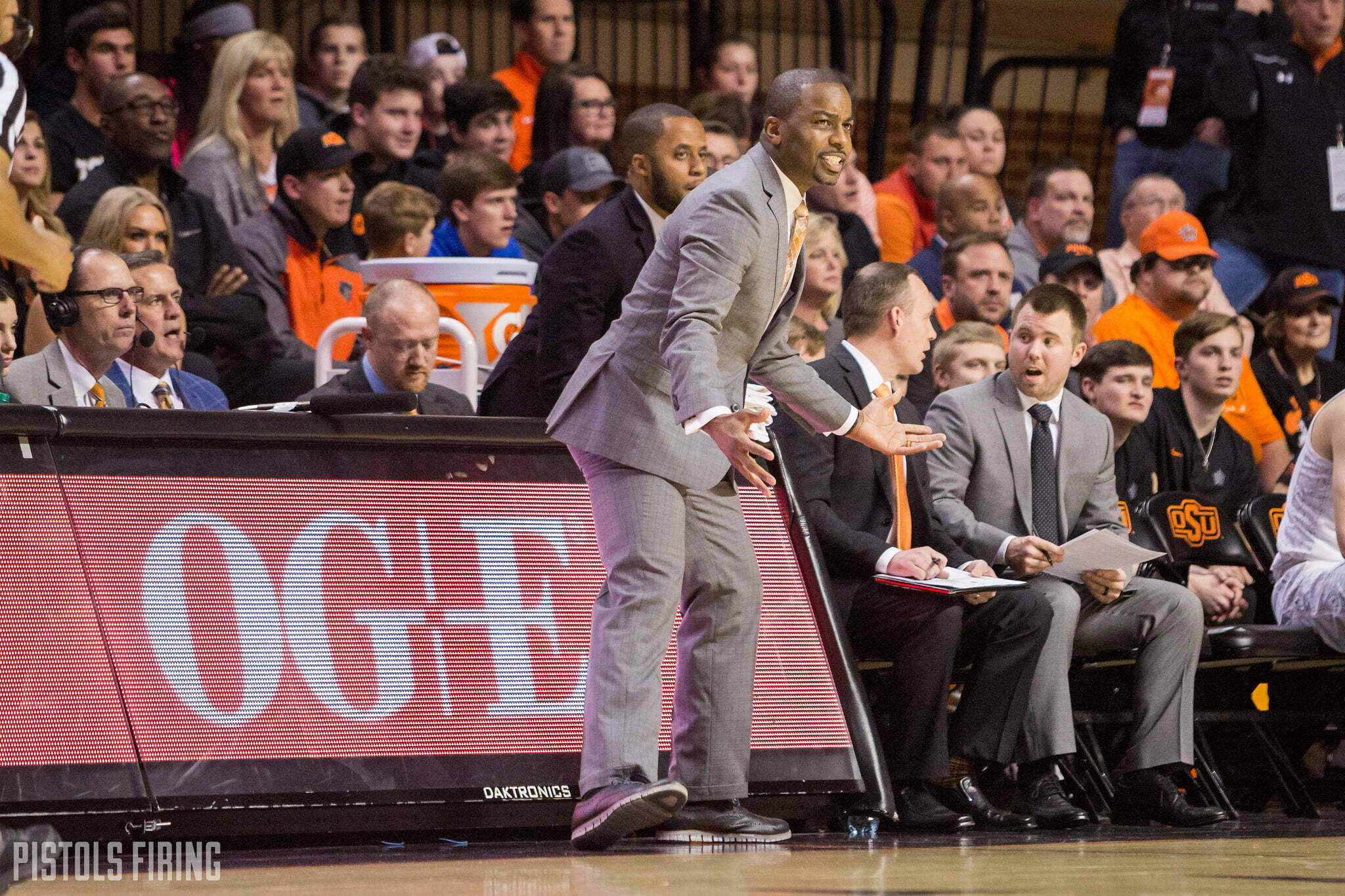 That would be the program’s worst record since the 2015-16 season (Travis Ford’s final season) where the Cowboys went 12-20.

With 13 games left, and a Big 12 conference that has done a lot of this:

The Big 12 so far this season pic.twitter.com/eifOVEz42j

It’s hard to just say where these wins could come from, but let’s give it a try. First, here are the Cowboys final 13 game:

KenPom gives OSU a 69 percent chance to beat South Carolina, the highest percentage of the Cowboys’ remaining schedule, and I’d probably agree with that. The Gamecocks struggled at the beginning of the season, losing to Stony Brook, Wofford and Wyoming, but South Carolina won its first four SEC games, one of which was against then-14th ranked Mississippi State. However, in South Carolina’s most recent game, LSU throttled USC 89-67.

LSU is OSU’s and South Carolina’s only common opponent. The Cowboys beat LSU 90-77 on Nov. 25 in the AdvoCare Invitational. That was a while ago, though. OSU had four more players on its roster, but LSU has lost only three games this season.

The Cowboys play Oklahoma on Wednesday in Gallagher-Iba Arena, and the Sooners have struggled on the road as of late. OU has lost all three of its Big 12 road games this season and will come to Stillwater on a two-game losing streak, falling to Kansas State and Texas.

The Sooners beat the Cowboys 74-64 a few weeks ago in a game that saw OSU pick up 25 personal fouls which led to 36 OU free-throw attempts. Staying out of foul trouble is a necessity for the Cowboys now that they’re down to nine players, so it will be interesting to see how much different that makes Wednesday’s game.

The second-highest probability KenPom gives OSU to win is the 63-percent chance to Cowboys have to beat West Virginia on Senior Day. This looked a lot more sure when the Mountaineers were 0-5 in Big 12 play, one of those losses coming from OSU. But on Saturday, the West Virginia snapped out of its rough stretch by knocking off Kansas in Morgantown.

The Cowboys would’ve benefited from playing Kansas State at the beginning of conference play. The Wildcats are on a four-game win streak and now have a healthy Dean Wade, who scored a combined 36 points in K-State’s past two games. The Wildcats have a litmus test Tuesday when they take on Texas Tech. OSU hosts K-State on Feb. 2.

There is also always room for surprises, especially with the parity in the Big 12 this season. Kansas has proven vulnerable without Udoka Azubuike. Texas Tech once seemed primed to run away with the Big 12, but have lost their past two games to Baylor and Iowa State. The Pokes have already beaten Texas, but OSU will have to travel to Austin for the teams’ next meeting. The Longhorns have also struggled this season but defeated Oklahoma on Saturday.

So in conclusion, who knows? Will OSU win again? Almost definitely. Are there teams OSU has a higher probability of beating than others? Sure, but with how wild Big 12 basketball is, I wouldn’t be surprised if the Cowboys sweep Kansas again just to fall to Baylor and West Virginia at the end of the season.