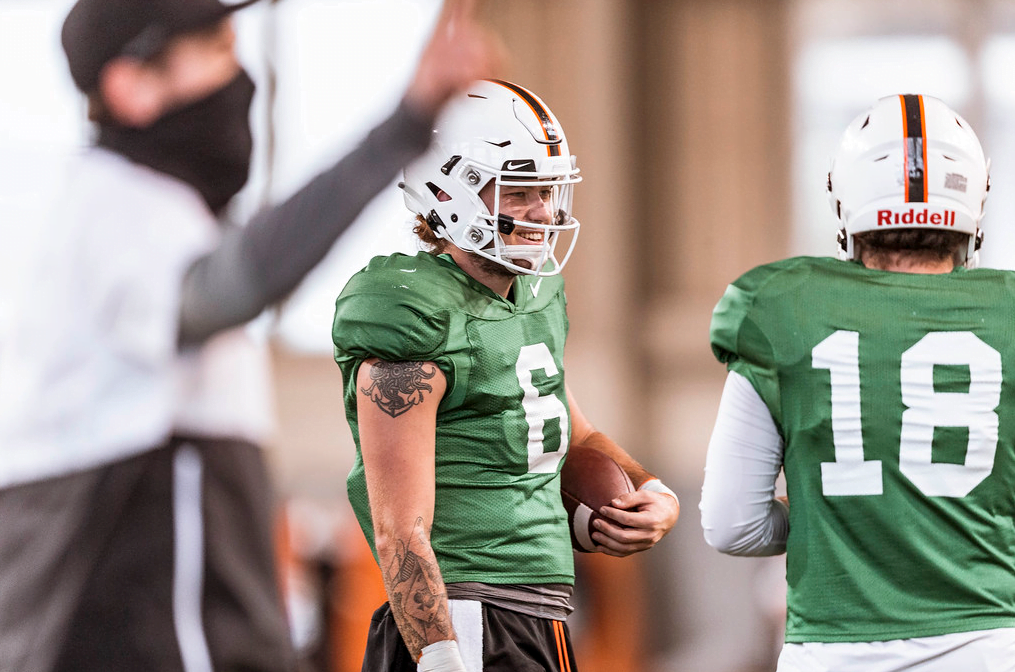 Wait, who is Ethan Bullock?

If you’re among the many OSU fans suddenly asking that question today, then fear not, because I can assure you that you are not alone.

Bullock was inserted into the lineup in the first quarter of OSU’s game against Tulsa as Spencer Sanders’ replacement after Sanders went down with injury. He was listed as a backup quarterback, but it wasn’t clear — at least not until today — who would take snaps at QB first if Sanders went down between he and true freshman Shane Illingworth.

Here’s everything you need to know to get up to speed on Bullock.

Bullock was a four-year starter at quarterback in high school. He first played at Orangewood Christian then finished his high school career at Winter Park in the Orlando area, where he earned an honorable mention all-state selection.

A lightly recruited high school player, Bullock signed with South Dakota State. He redshirted in 2017 for a team that reached the FCS semifinals, twice earning Scout Offense Player of the Week.

From there he transferred to City College of San Francisco. Per 247Sports, he completed 132 of his 192 pass attempts for 1,468 yards and 15 touchdowns as a sophomore.

He received no college offers until OSU jumped in late in the process with an offer just before signing day in February. He enrolled this summer as the second-highest rated incoming quarterback, behind four-star freshman Shane Illingworth. Illingworth enrolled in the spring, but Bullock didn’t arrive until June. The two were locked in a tight battle for the backup job up until two weeks ago.