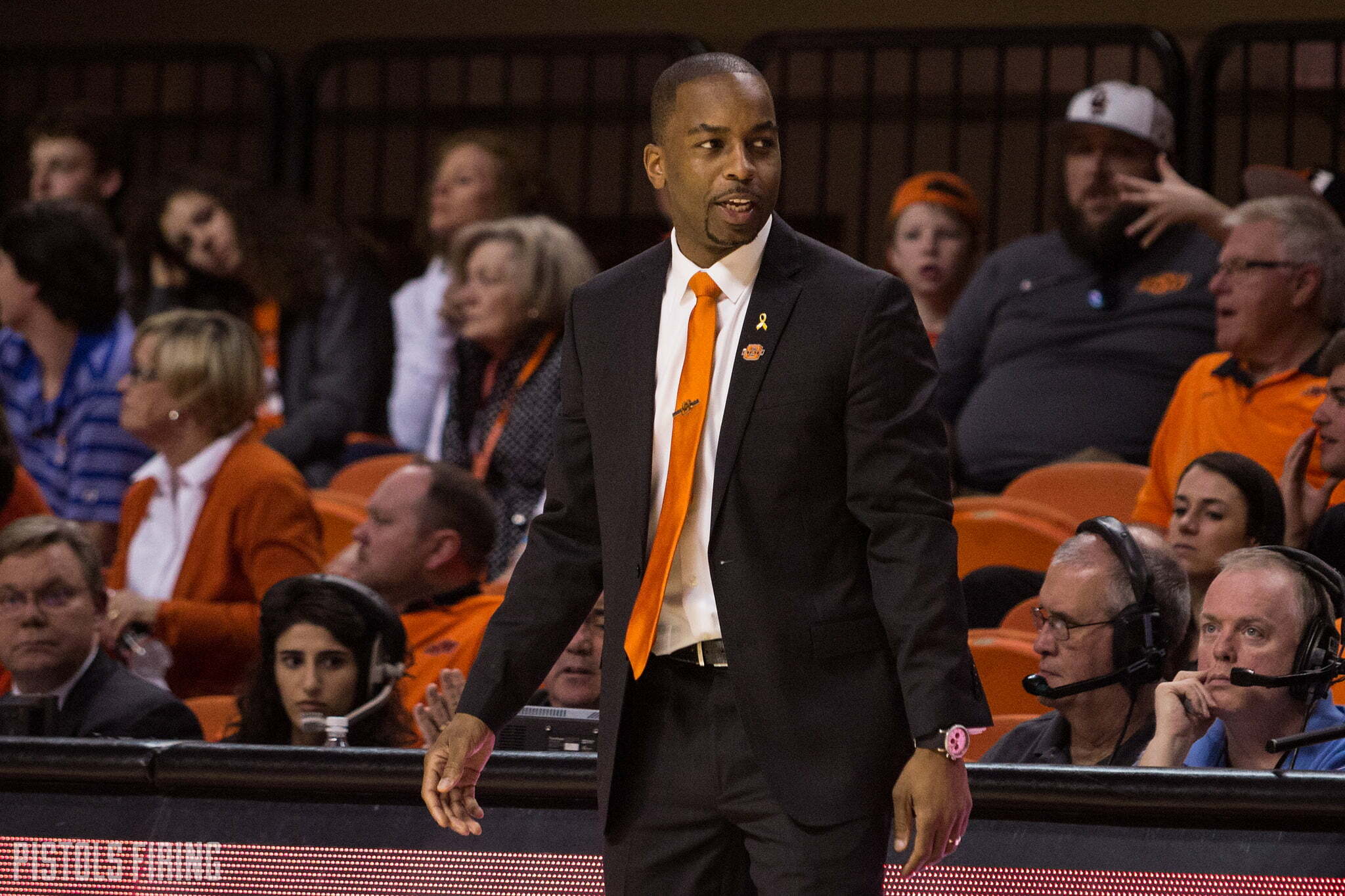 With four abrupt departures from OSU’s basketball roster, including Kentrevious Jones, Michael Weathers, Michael Cunningham and Maurice Calloo, OSU’s 2019 roster forecast is suddenly more clear than expected. Previously, with Marcus Watson, Avery Anderson and the Boone twins, the Pokes were expected to be over the scholarship count. Now, OSU has holes to plug.

So with a big man gone (Jones), a guard (Weathers) and a forward (Calloo) — all of which were expected to be on the roster next season (Cunningham was a grad transfer) — who might OSU target to fill spots? Considering OSU is bringing in two guards (Anderson and Watson), a wing (Keylan Boone) and a big (Kalib Boone), let’s read between the lines.

Keep in mind, too, that at this stage in the recruiting process, most of the big-name prospects have signed their letters of intent. Now, it’s about finding late risers/sleepers/transfers who can make early impacts in 2019.

DeGray is a late riser who is standing out at the HoopHall Classic in Springfield, Mass. this week. After scoring 23 points for Woodstock Academy against Montverde on Sunday, the 6-8 wing/forward picked up new offers from both Arkansas and Oklahoma State, adding to his list of offers that already includes Denver, UTSA and Montana.

An under-the-radar small forward/power forward hybrid from the Dallas area, Joshua Miller has been on OSU’s radar — but unoffered — for some time. Currently, Air Force, UTEP, Texas State and UT Tyler are in on him. Could be an intriguing late-cycle flyer.

A 6-foot-5 wing/small forward from Osceola High School in Florida, Isaiah Palermo, like Miller, is an unheralded recruit who OSU has kept tabs on dating back to 2017. Florida Gulf Coast, Ole Miss and Middle Tennessee State have offers for him, and OSU could be interested.

Webster picked up five offers early in his recruitment last year but has since gone cold. A 6-1 combo guard from Prestonwood Christian Academy in Plano, Texas, Webster left last summer for Hargrave Military Academy in Chatham, Virginia. He’s not currently committed. At this point, there doesn’t appear to be any renewed interest between OSU and Webster, but considering OSU once offered (way back in Feb. 2017), it’s not out of the realm of possibility.

Oklahoma State offered 6-8 forward Ishan White last April, but it was his last tracked Div. I offer, according to Verbal Commits. SC State, Stetson and Winthrop reportedly offered, too. He’s from South Carolina.

At this stage, considering OSU is new to the market (because two weeks ago it still needed to clear space for its 2019 class), I’d say it’s too early to forecast who OSU is going to land. But Ronnie DeGray III is likely the first of several new high school targets to emerge. Because OSU projects to be fairly young again in 2019, I think I’ll keep both eyes on the junior college transfer/transfer ranks as well. There may be a little pressure for Boynton to start turning talent into wins in 2019, so getting more veteran players on campus via the transfer portal or even via the grad transfer ranks, where Boynton and Co. have landed players in two consecutive seasons, seems a reasonable expectation.