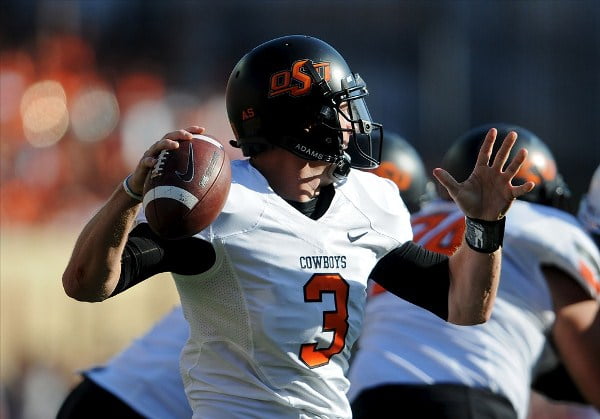 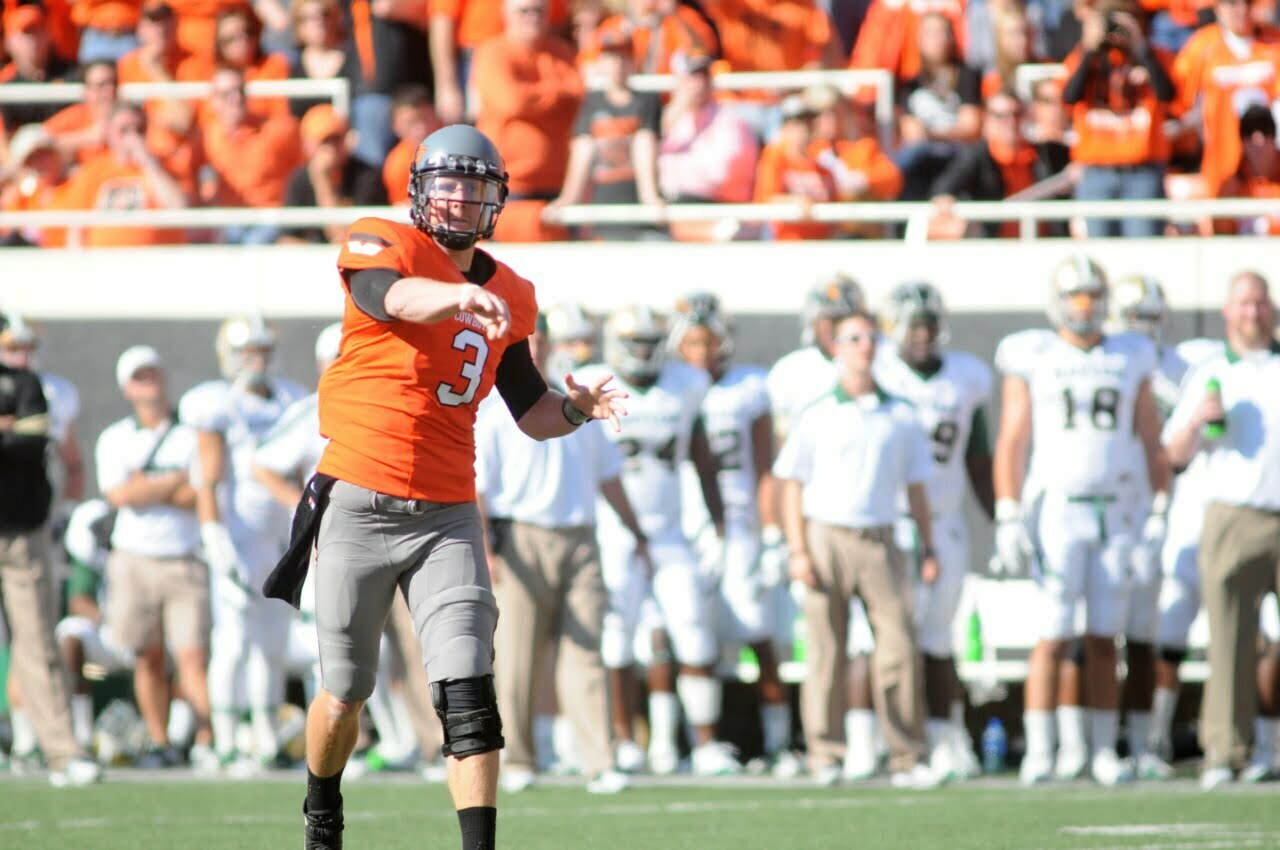 Ah, it’s an easy narrative for all 870 Heisman voters plus the 54 former winners who have a vote (or 53, that Reggie Bush ballot probably gets a little awkward this time of year).

That narrative is: uber-talented dual-threat QB rises from the ashes in Waco, Texas to drag one of the country’s worst football programs back to prominence.

In fact, it’s almost too easy. But is it really that simple?

The nation is drooling over #10 right now and what he’s done for what used to be a horrendous football program, but does he deserve the Heisman? Let’s take a closer look.

Nolan sent me this email the other day:

Those quarterbacks in order are: Matt Barkley, Robert Griffin, Andrew Luck, and Brandon Weeden. And somehow, inexplicably, the one with the worst stats and worst record is being lauded as the country’s best.

To be fair, Griffin has 550 yards rushing and 5 TD and has a pair of Heisman moments. I’m not saying he’s not good (because he is), but how quickly we forget about who the frontrunner was just five days ago purchasing his plane ticket to JFK International (and such is the epic trolling of bloggers and sites everywhere).

A few points to accentuate why Weeden shouldn’t be forgotten.

2. Weeden has had two Heisman second halves that have been overshadowed by other stories. He put up a school record in passing yards with 2 TDs and 3 breathtaking drives in College Station which all got overshadowed by the fact that A&M fell apart. He also buried Kansas State repeatedly with an absurd 16-19 for 252 and 2 line in the second half, but 90% of the country was watching a punt, pass, and kick contest down in Tuscaloosa.

3. If Griffin and Weeden switched teams, what would their respective records be? Serious question there.

4. How about the fact that Weeden has more passing yards, more passing TD, a higher completion percentage, more wins, and embarrassed Griffin when they went head-to-head? Oh, but that was luck, right? And I’m not talking about Andrew…

Granted, we’re still two weeks out and nobody knows what’s going to happen. But if OSU beats OU and Weeden has a great game, there’s nothing you can do to convince me that Griffin deserves to go to NYC over him. Nothing.

And while we’re here – how about nobody really mentioning how much the plane crash played into OSU falling on Friday night? It’s not an excuse (and shouldn’t be used as one), but it seems like everybody just glazed over the fact that four people (two of which everybody on the football team probably knew) died the morning of what, to that point, was the biggest game of the year.

Obviously death, and this situation, shouldn’t be used as a crutch (and should never be put on the same plane as winning a stupid bronze trophy), but I also don’t understand why people seem to separate those two events, as if they aren’t inextricably intertwined.

I know the Heisman is very much a visceral award, often given to the nation’s most exciting player and that Weeden is not as exciting as Griffin. But he’s taken shot after shot this season and answered the bell every week until that perfect storm in Ames last Friday. He might not elicit the hyperbole in the blogosphere and Twittersphere that Griffin does, but he’s definitely every bit as worthy of the Heisman trophy.