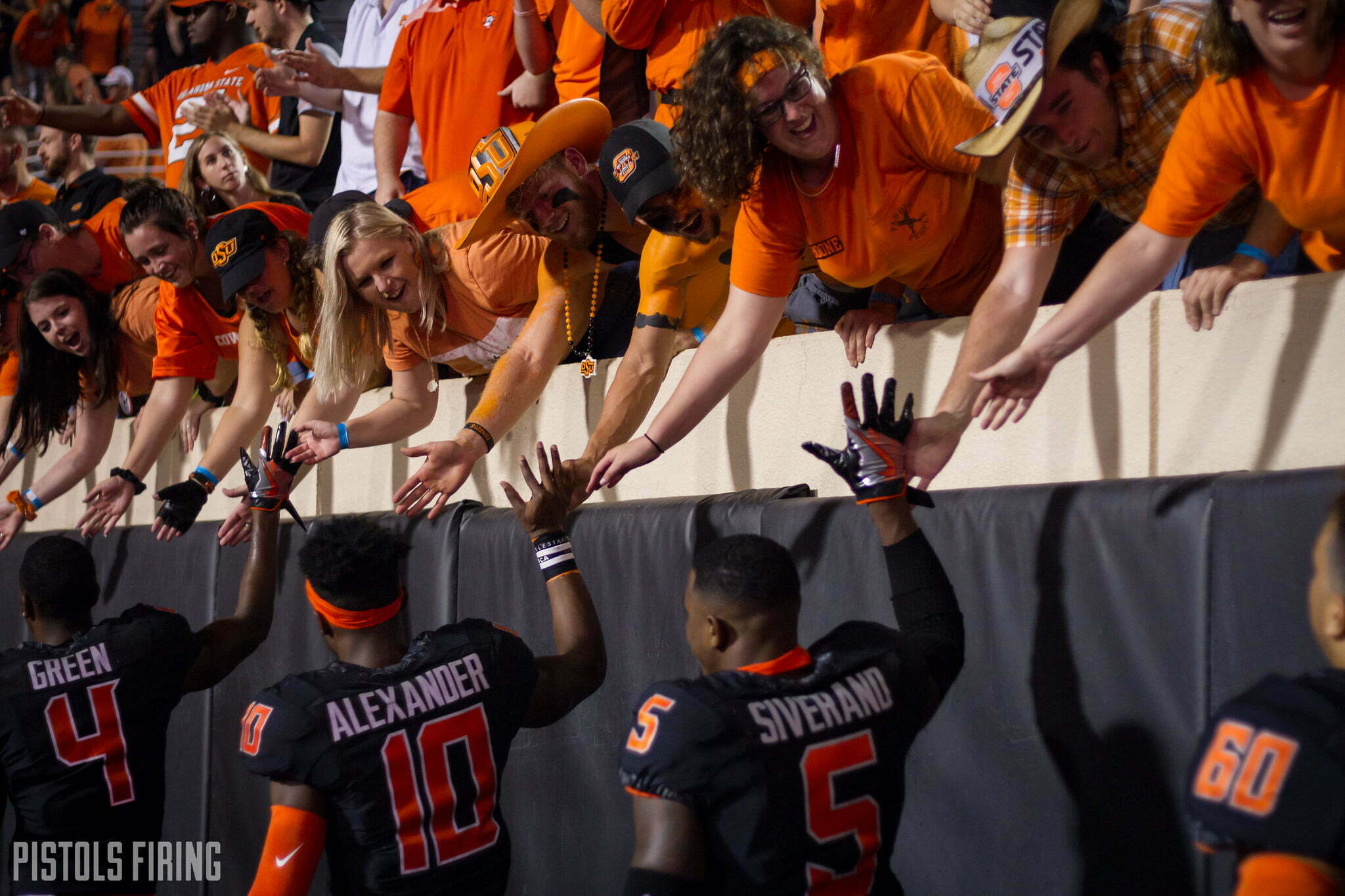 The Oklahoma legislature’s agreement last week to pass a measure related to Name, Image and Likeness (NIL) brought with it news days later that Oklahoma State has expanded its partnership with INFLCR — a brand ambassador company geared towards empowering players in their brand-building — to “bring the best tools in the fields of brand building and entrepreneurship to Oklahoma State student-athletes so they can remain on the cutting edge both on and off the field of play,” OSU Deputy Director of Athletics Chad Weiberg said in a statement.

The news comes as NIL legislation is taking hold across the country and as the NCAA slowly loosens its grip on the amateurism model. The movement is expected to eventually pave way for college athletes to make money off (you guessed it) their name, image and likeness. As it stands, they cannot profit off their brand.

Yet Oklahoma’s position in the marketplace could be a boon for the long-term future of its universities and especially for Oklahoma State, which has been at the forefront of innovation. With this coming down the pike for years, the school over the last year has given players access to videos and photos of their own collection to help build brands on social media including Twitter and Instagram. OSU reports that the basketball team’s audience grew 24% on average since last September.

Beyond the obvious explanation that OSU is seemingly ahead of the curve in comparison to competitors, there are three reasons why the school could benefit substantially from this new era of college athletics. The first is that OSU (and the state on the whole) has grasped the significance of the movement. Oklahoma is just the 17th school in the U.S. to sign NIL measures. That number is going to change in the coming months, but for now, it means that coaches are tooled with one heckuva recruiting ace in their pocket: Come to Oklahoma State, where you can actually make money unlike the schools from the other 33 states still dragging their feet. I can hear the Mullet Man now, with Barry’s Heisman in hand, already making that pitch to some top-200 running back from Katy, Texas. It’s undeniably an advantage.

The second reason is that OSU’s creative folks are amongst the best in the industry. Check this vid, for instance. Courtney and Andrew Bay at OSU were recently nominated for a Heartland Emmy on this video. This team puts out incredibly well-produced content on the regular. Just take a look at this or this or this and you’ll see why having them in your corner is huge. And yes, even if they’re OSU employees and not working for the players directly, they sure can put out some incredible stuff (like this or this) that benefits the players and the school.

The final reason is that the playing field is now likely to even itself out more uniformly. At least to an extent.

But will every Kentucky player get compensated like the top-10 caliber recruit does? No. The fifth-highest-ranked player in a class isn’t going to garner the same money in the market that the top-rated player in a class will. So let’s say (purely as an example) that top hoops recruit Emoni Bates gets a $500,000 check for endorsing a car dealership in Lexington, and that helps sway him to commit to Kentucky. (Bates is expected by many to skip college, so he’s an easy example.) That likely sets the market that the third-highest-ranked player in that same Kentucky class can make, what, $200,000 from the local Chick-Fil-A?

That could lead the third-highest-ranked player in some instances to kick the tires elsewhere. If Bates is worth $500,000 at Kentucky as the No. 1, what happens if he wants to go to, say, Stillwater, America, and be the No. 1 guy? Maybe Hideaway wants to make him the star of the show and is willing to (deep) dish out more than what he’d make off his name, image and likeness elsewhere. Or heck, maybe he’s content going to Lexington and taking a lesser amount knowing the pub he’d get at Kentucky.

This is the beauty of a free market. The market can dictate value. It is also the beauty of what OSU has done with its partnership with INFLCR. Here’s more about that from OSU’s press release:

The INFLCR platform will also include a partnership with Navigate, which will provide Oklahoma State student-athletes with estimated fair market values and education to guide them through every facet of their NIL rights. Over the last 15 years, Navigate has provided valuation services across professional and collegiate athletics for over $4B in transactions.

This is a good thing. Estimating fair market values and educating players on that and other NIL rights is key to making sure this is done right. In most cases, the backup guard isn’t going to be worth the same as the four-star starting quarterback. That’s a duh. But understanding the value each player can attain in the market is a critical component given the newness of all this, and OSU being as armed as possible with information is in this environment a competitive advantage.

It will likely take months — heck, maybe years — before the market truly clarifies. And heck, NCAA-wide legislation may take just as long. I doubt it, but they don’t appear to be in a hurry.

But the state of Oklahoma — and Oklahoma State University — seems to be about as geared up for this moment as possible. In time, it’s likely to pay dividends for the state and for the school alike. So as amateurism fades away there is real, tangible money to be made for players as they go about their college experience. Investing time and money while learning about what that moment will be like will pay big down the road for OSU.