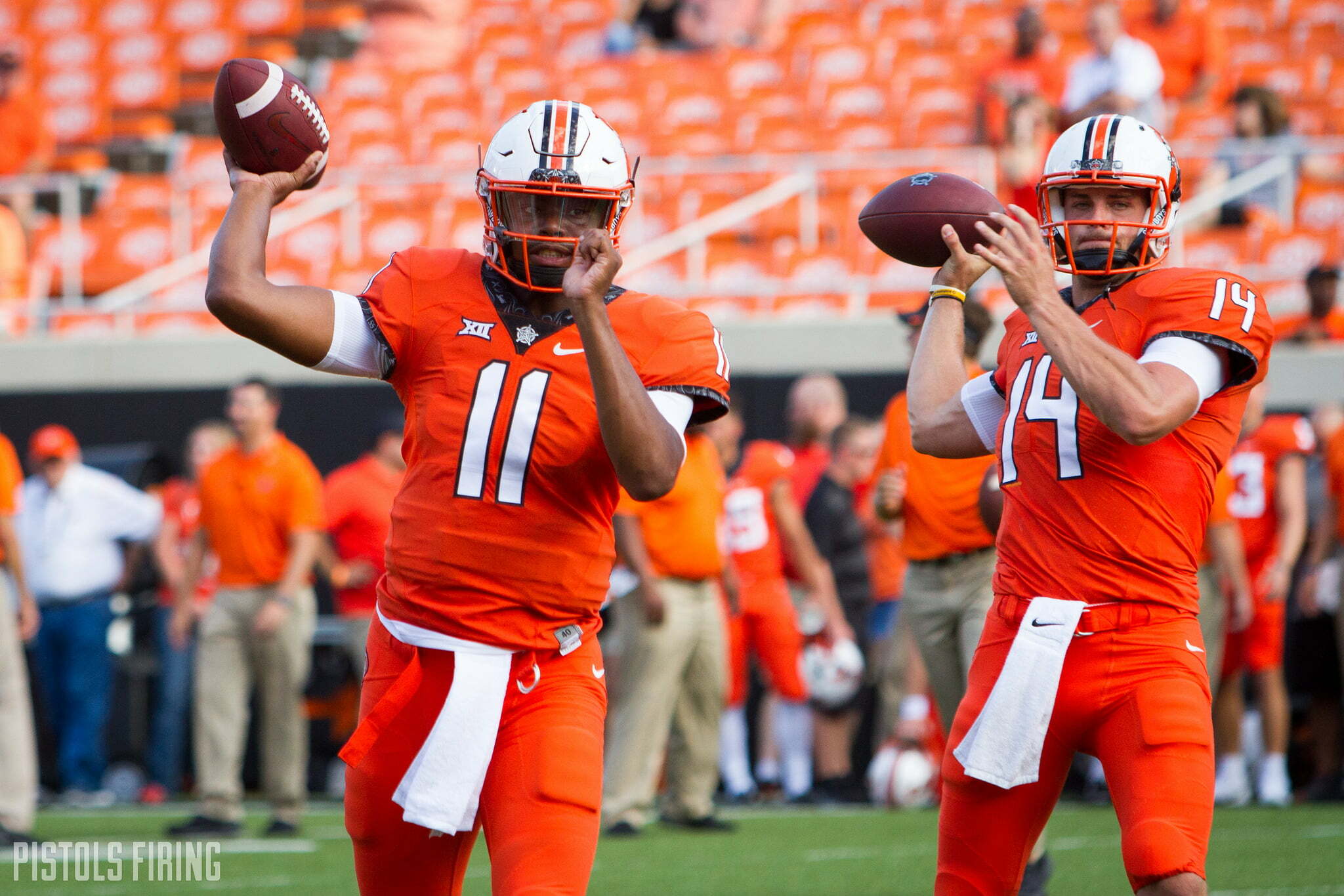 There seemed to be a bit of confusion over why Keondre Wudtee and not Spencer Sanders or Dru Brown came in in mop-up duty for starting QB Taylor Cornelius against Missouri State on Thursday night. There’s actually a really good reason for it, one that shows that Mike Gundy is thinking about the bigger picture and not just the first couple of games.

It has to do with a new redshirt rule, which was implemented for this season. The NCAA, earlier this year, ruled that a football player may play up to four games and still receive a redshirt.

The Division I Council also approved a measure that will allow athletes to compete in up to four games without losing a season of competition. The proposal was initially tabled in April over concerns about timing, the number of games and potential application to other sports, according to a release by the NCAA.

Student-athletes have five years to complete four seasons of competition, so the new rule will allow an athlete to use a redshirt, if it hasn’t been previously used, in up to four games of competition during the season. [ESPN]

What does this have to do with Oklahoma State’s backup quarterback? Well, everything. Because OSU doesn’t know what this season is going to look like (Mike Gundy said as much on Thursday in his postgame press conference), OSU is trying to protect its 2018 and 2019 (and 2020?) seasons as much as possible.

“It’s a complicated process,” Gundy said about why his QB4 played but not his QB2 and QB3. “It would take a while to explain it. We felt at that time it was best to go with Wudtee.”

It’s true that it’s mildly complicated (see rule above), but I don’t think it’s that complicated. Essentially it boils down to this: There is value in getting game reps against Missouri State, for sure, but the value of those reps doesn’t outweigh the value of a potential five years worth of Spencer Sanders in Stillwater or two of Dru Brown as a Poke.

Consider the following scenario: Cornelius plays the first nine games but gets hurt before the final three. Brown comes in to start those three and plays the bowl game. That’s four games. He would be eligible for a redshirt year and able to play in Stillwater again next year. If he’d played six minutes against Missouri State in August, he wouldn’t be. I admit that’s a pretty far-fetched and a little bit of a wonky scenario, but I think it points to the lack of value in Missouri State reps more than it does anything else.

Also, this almost literally happened in 2014 with J.W. Walsh/Daxx Garman and Mason Rudolph. So it’s not that far-fetched.

Additionally, Gundy might not actually know who the back up is yet (remember, there’s an “or” on the depth chart at QB2). The plan right now is for Cornelius to play every meaningful snap in 2018. That probably won’t happen, but Gundy determined it was better to possibly save Brown and Sanders in case it does. The new redshirt rule is the impetus for that. If it didn’t exist, I would imagine you would have seen Brown in the fourth quarter against Mizzou St.

“It’s a complex deal,” said Gundy. “What we have to do is watch each one of them during the week and see where they’re at and see if they’re ready based on how the game goes. A lot of times you can’t predict it based on the way the game goes. We just keep giving reps the way we are.”

This is probably not something everyone agreed with, but I thought it was wise of Gundy. Reps against Missouri State in the fourth quarter of a 41-point game are probably less meaningful than reps in a scrimmage against A.J. Green and Rodarius Williams. There’s no reason to throw tally marks against your four-game cushion unnecessarily when you have a long runway to figure things out. Also: Get back to me after the Boise State game.