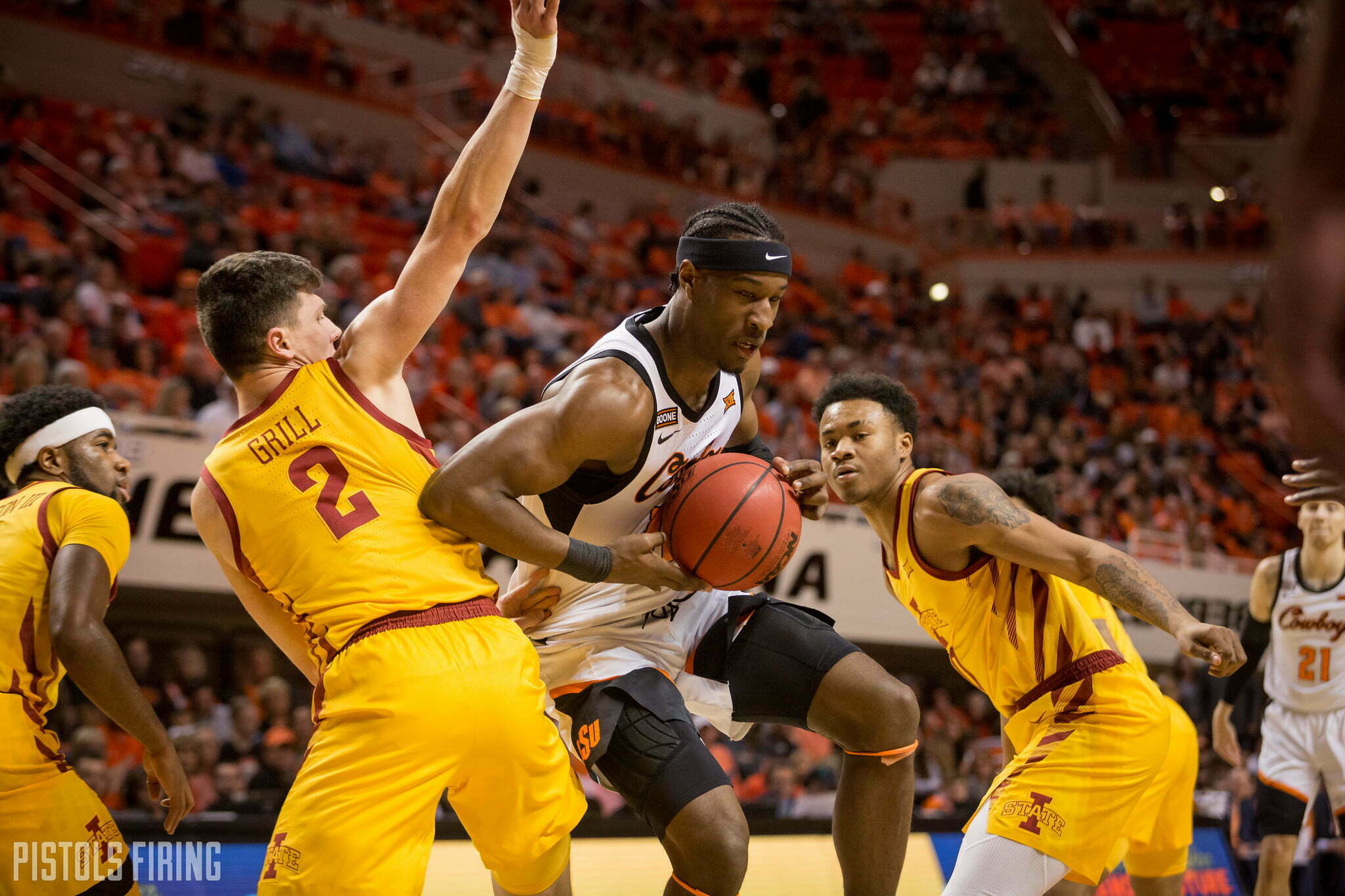 Kansas State hasn’t won in its past nine games, but the Cowboys’ game against the Wildcats on Wednesday could be a big one for the Pokes’ postseason hopes.

At 15-14, Oklahoma State has a chance to secure at least a .500 record heading into Selection Sunday (even if the NIT is doing the selecting). That .500 record is somewhat of a magical number heading into the NIT.

Last season, Butler and Texas made the tournament at .500, with Texas going on to win in New York City as a No. 2 seed. No losing team made the field.

If OSU wins Wednesday, the Cowboys can lose to a hot Texas team on Saturday and get dropped in the first round and Kansas City and still sit at 16-16.

Sure, there is still a chance OSU can make the big dance, but the Cowboys would need to win the Big 12 Tournament in Kansas City next week to do so. Regardless of how these next two games go, OSU will play in the 8/9 matchup next week in the Sprint Center, playing either Iowa State (most likely) or West Virginia.

With these scenarios, let’s take a look at how OSU’s games post-Wednesday could shake out.

Saturday: OSU travels to Austin to play a Longhorn team that has won its past four games heading into UT’s game against OU on Tuesday night. Texas beat a ranked West Virginia and a ranked Texas Tech team (on the road) last week. UT also beat OSU by 12 on Jan. 15, so it wouldn’t seem likely that OSU would be favored in Austin.

Big 12 First Round: OSU would likely be favored in a first-round game against Iowa State next Wednesday, but the Cyclone faithful have been known to turn the Sprint Center into Hilton South. ISU has struggled since projected lottery pick Tyrese Haliburton went down with injury, and OSU beat them just Satuday.

The Pokes would probably want to dodge West Virginia in the first round, considering the Mountaineers have already beaten OSU by double digits twice this season.

So, yes, a game against a 2-14 Kansas State team might not seem all that exciting, but it’s important that the Pokes win the game and lock up at least a .500 record in hopes of an NIT bid.