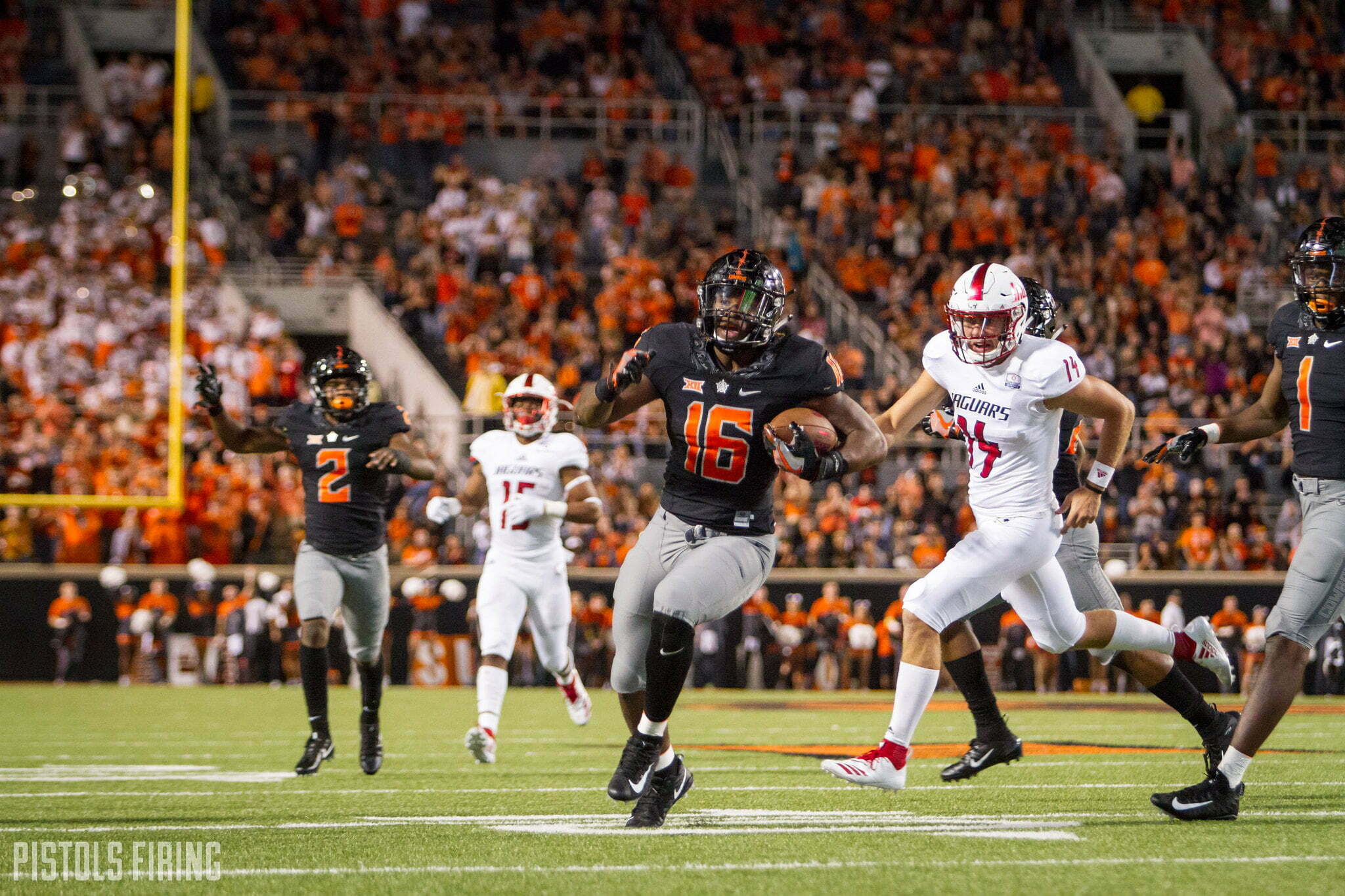 Talyn and Tabry Shettron joined OSU’s 2022 recruiting class Wednesday, as Tabry committed to the Pokes and Talyn flipped from OU to OSU.

The commitments signaled a huge boost for OSU in the national rankings as it leapt to No. 14. It also marked another win for OSU in the never-ending race to land family package deals. Brothers have been good for OSU in year’s past, and the Shettron brothers look like the next duo to carry that tradition.

Here’s a look back at some of the others who preceded them (including those who either haven’t played yet or are still recruits).

1. Tylan and Tracin Wallace: The addition of these two twins worked out well for OSU. Knee injuries for Tracin cut short a once-promising career, but he has in recent years became an invaluable voice in the locker room as a student-coach. Tylan became an All-American receiver.

2. Bryson and Blaine Green: Another pair of twin additions, Bryson and Blaine were two headliners from OSU’s 2021 recruiting class — Bryson as the highest-rated signee and Blaine the fourth. Both are players with promising potential at receiver entering their freshmen seasons.

3. Braylin and Brennan Presley: Brennan Presley is entering his second season at OSU and looks in line to be a first-time starter in 2021. Braylin is a 2022 star from Bixby who is currently committed to the Cowboys. Both are electric playmakers who have major potential to be greats in Stillwater.

4. D’Juan, Donovan and Rashaun Woods: From 2000 to 2007, at least one of the three Woods brothers was on the football team. It was a Woods era. Rashaun had 4,414 career yards receiving, 42 touchdowns, and, yes, he’s still open. Donovan came in at QB and eventually moved over to play on defense. D’Juan had 2,751 career receiving yards including a career-best 879 on 56 catches in 2005.

5. Devin and Thomas Harper: OSU landed Devin in 2016 out of Tennessee, and he has developed into a reliable linebacker in the heart of OSU’s defense. That addition eventually helped OSU land his younger brother, Thomas, who joined the program as part of its 2019 class. Thomas plays defensive back, and both could be in line for big roles in 2021.

6. Cooper and Dawson Bassett: Tuttle has been a breeding ground of success for OSU football recruiting, and OSU can thank, in part, Cooper Bassett for that. He was a three-star recruit who picked the Pokes in 2008. That led to younger brother Dawson Bassett joining OSU’s program in 2013. I contend it likely helped OSU in its pursuit of 2012 recruit Blake Jarwin, who joined as a walk-on and developed into a starter (and now plays for the Dallas Cowboys).

7. C.J. and Darius Curry: C.J. Curry joined OSU in 2012 as a touted receiver from Georgia, and his brother, Darius, joined OSU the year after as a touted cornerback. C.J. played sparingly, primarily contributing on special teams, but Darius developed into a key contributor who played in 33 games over his final three seasons.