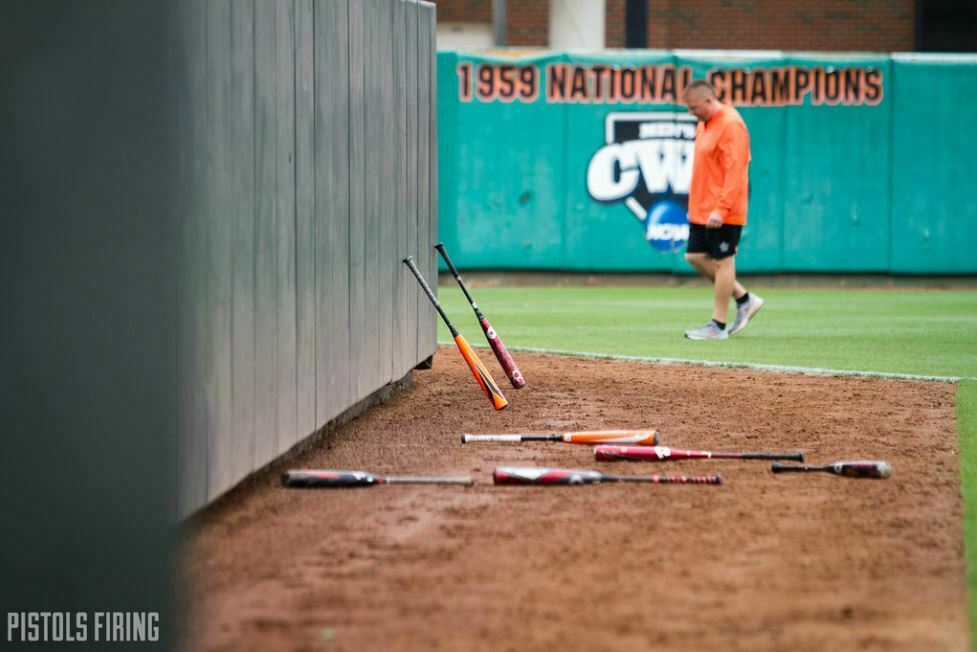 That is Oklahoma State’s all-time record at Allie P. Reynolds Stadium since the ballpark was opened 38 years ago (O’Brate Stadium will be the Cowboys’ new home next season). Unfortunately, Mother Nature stepped in and now the opportunity for win No. 946 is no longer guaranteed.

The Cowboys’ regular season finale, originally scheduled for Saturday at 6 p.m. but moved up to 2:05 p.m. for weather concerns, has been cancelled due to the heavy amount of rain that fell Friday night and Saturday morning, making the field unplayable.

With the Big 12 Tournament scheduled to get underway on Wednesday, there was not ample time to reschedule Game 3 of Oklahoma State’s series against Baylor. The Cowboys took Games 1 and 2, 16-4 on Thursday and 5-4 on Friday. That means OSU closes Allie P. on a six-game regular season winning streak. The Cowboys end the 2018-19 regular season 32-17 (14-9 in Big 12) and 19-7 at home.

Fortunately, the Cowboys found a way to pass their new-found free time close by.

📸 Canceled games over at Allie P. just means more time for @OSUBaseball to catch their neighbors to the north in action. 👀#okstate pic.twitter.com/mPZvusXtg2

Aside from the significance of the venue, this weather cancellation effectively takes the Cowboys out of the Big 12 title hunt. Currently, Baylor sits one half-game ahead of OSU at 14-8 (second place) with Texas Tech owning the conference’s top spot at 15-8.

With Senior Night scheduled in Lubbock at 6:30 p.m., and the series knotted at one each, a TCU win over Tech would have meant a share of the regular season conference title for the Cowboys, had they completed the sweep against the Bears. Now they’ll have to settle for No. 3

Don’t shed a tear for the ol’ girl just yet. The Cowboys are still on their way to hosting a regional this postseason. They opened this week ranked No. 10 in the RPI, and have done nothing but add two wins over Baylor (No. 26 in RPI). So barring a serious meltdown in Bricktown next week, the Pokes should have another chance to close Reynolds Stadium out in style in the postseason.