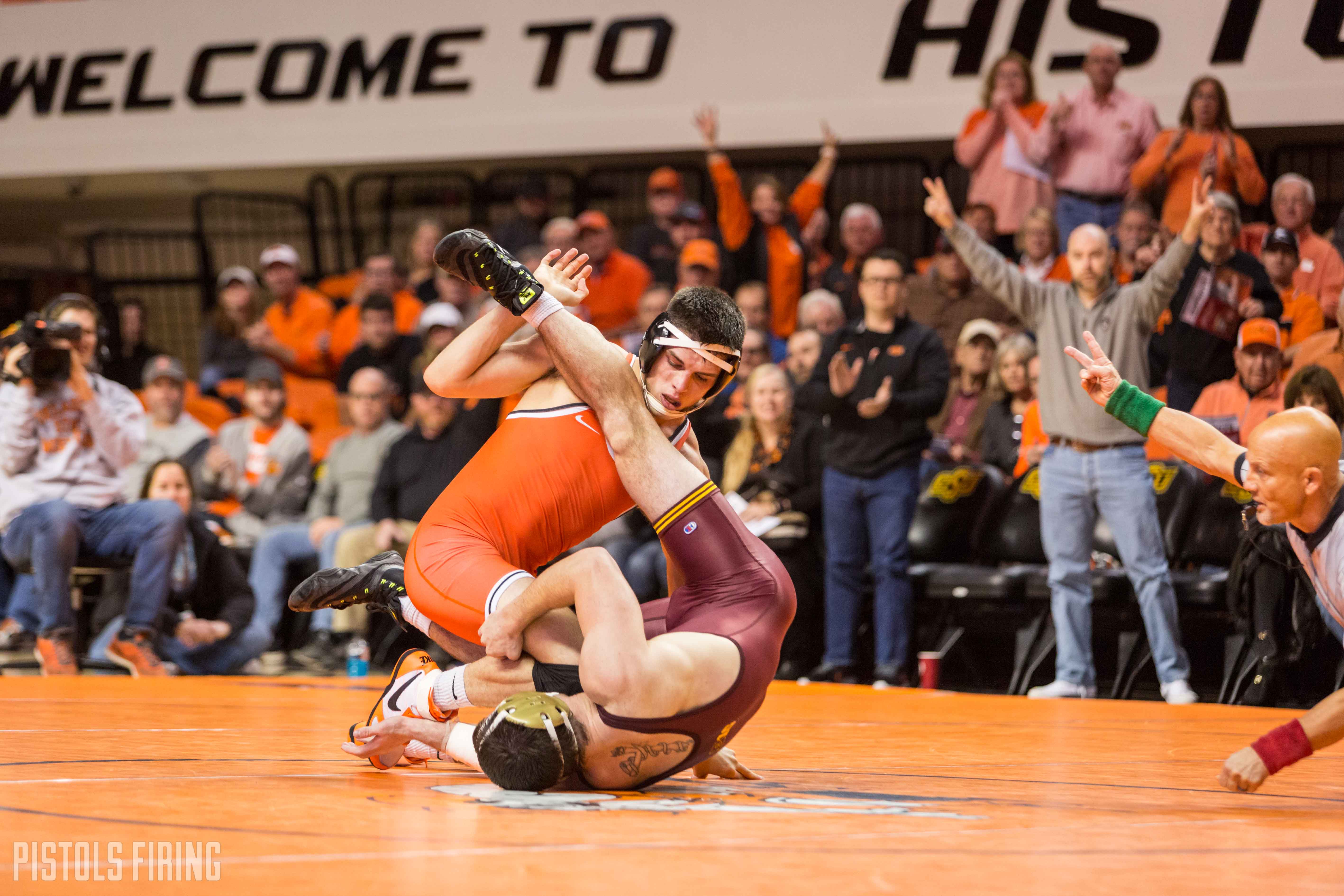 On Sunday the Cowboys will make the trip up to Fargo to take on Big 12 foe North Dakota State University. This will be the first time the two teams have ever wrestled in a dual, and the Cowboys will be heavily favored.

There shouldn’t be much drama in regards to the end result of the dual, but each match builds these guys’ resume in regards to seeding at the Big 12 tournament and getting NCAA tournament bids.

The only ranked vs. ranked matchup is at 133 with Kaid Brock taking on No. 13 Cam Sykora. I expect Brock to win comfortably. The only area he seems to currently struggle is his mat wrestling, so that’s something to look out for. Specifically his ability to get out from bottom.

Match of the night

At 157, Jonce Blaylock had a big upset in OT over Minnesota’s Jake Short last week. Another one here over No. 12-ranked Clay Ream would be big for Jonce. Ream is good, but Blaylock seems to perform pretty well in duals. I wouldn’t be shocked to see another upset here.

The 125, 141, 149, 165, 174, and HWT should all be pretty comfortable wins for the Pokes, but you want to see these guys separate scores and get bonus points. This is something that’s been lacking for the Cowboys and could end up being big at NCAA tournaments going forward if they can improve in that area.

At 184 (Keegan Moore) and 197 (Andrew Marsden) the Cowboys feature new starters that don’t have a ton of experience and could have interesting matches. Both have styles that really “let it fly” and are fun to watch. I still think we win both here, but these could be close and again these guys really need to make sure they’re building their resume for a good seed at the Big 12 tournament and better chance at a NCAA tournament bid.

Weigel likely comes back as the starter at 197 when he’s healthy, but if he doesn’t get healthy Marsden’s probably the guy. There’s a chance Marsden goes down to 84 later in the season, but either way OSU definitely needs a qualifier at both of these weights, so however it shakes out you really want to see both of these guys winning early season matches as it does impact the postseason.

Cowboys drop one somewhere, but pick up a little bonus and win 33-3. 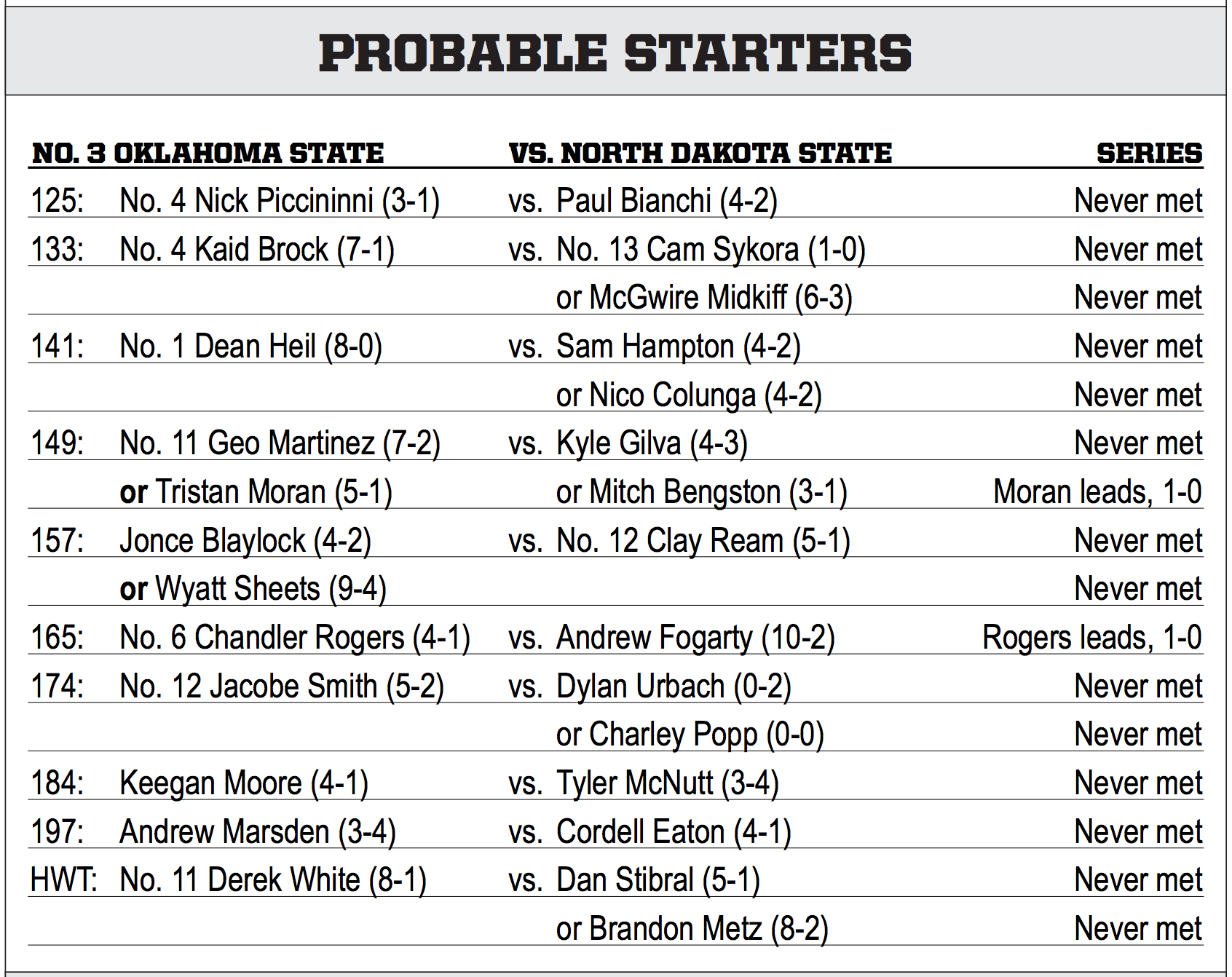