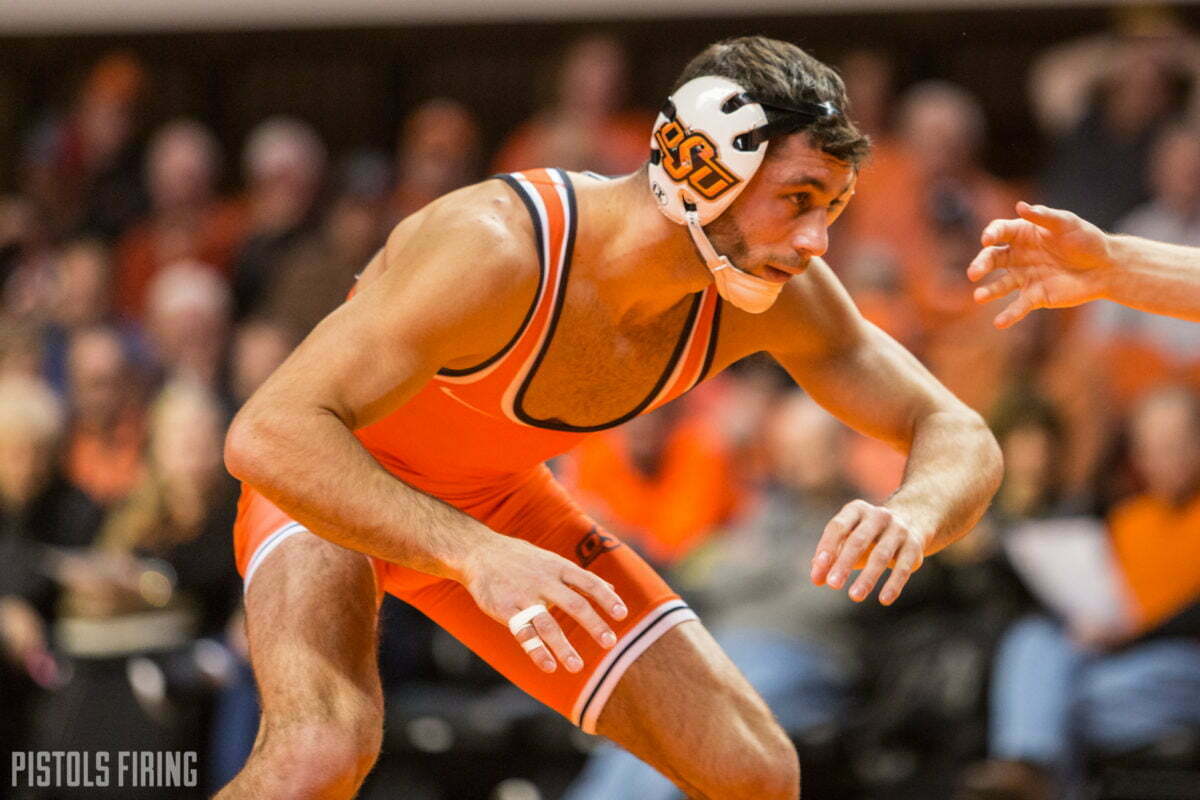 Oklahoma State wrestles in Stillwater for the first time in two months as they take on Big 12 foe WVU in GIA Friday followed by Kent State Sunday.

The Pokes are heavy favorites in both and should win the duals fairly comfortably, but it should be a good chance for the Cowboys to settle back in a bit after trips to Iowa, North Dakota, Colorado, Wyoming, and Italy.

It will also be a good opportunity for them to get the bad taste out of their mouths from their trip to Iowa where they really weren’t at their best.

In any dual, even where OSU is a solid favorite, there’s still always some intrigue within certain individual matchups.

WVU makes for some good matchups at a couple weights.

Moisey was an NCAA finalist a few years ago. He went unseeded into the tournament and had an incredible run to the finals where he lost to NCAA champ Nathan Tomasello. His run was a bit out of nowhere, so Nick is definitely still the favorite here, but there’s no doubt that Moisey is dangerous and could beat anyone on any given day.

Smith is a good wrestler, but Weigel has looked as good as anyone on the team to this point in the season. Smith’s easily the next best wrestler in the Big 12 at this weight behind Weigel, so it’s big for Weigel to go out and control this one. Really hope to see him continue to open up on his feet and take shots. He’s starting to, and it’s working, hope for it to happen here against a guy like Smith and build him some confidence to pull the trigger on his shots more.

At 149 you just want to see Boo Lewallen wrestle solid here. He looked great early in the season, but against some stiff competition in his first two matches as the starter he hasn’t wrestled as well as you’d hope. Now some of the pressure is off  and hopefully we see him shake off his two losses.

At 57 and 84 every winnable match is big for the Pokes. You want to see OSU build their NCAA tournament resume. Both of these are winnable, so you really want to see wins. Interesting note at 157 the starter for WVU is Zach Moore out of Putnam City, OK. He is the nephew of former Cowboy All-American Hardell Moore.

I should note that WVU has had a few top 25 upsets taking out Pitt, North Dakota State, and OU. They’re a lot tougher this year than they’ve ever been since joining the Big 12.

? Check out the highlights from tonight's victory over No. 18 Oklahoma! pic.twitter.com/DuxzzYRRpK

In the Kent State dual OSU could win every match. They will be favored in all of them. The main intrigue is at 57 and 84. Those are big as those guys need to build their NCAA tournament resumes.