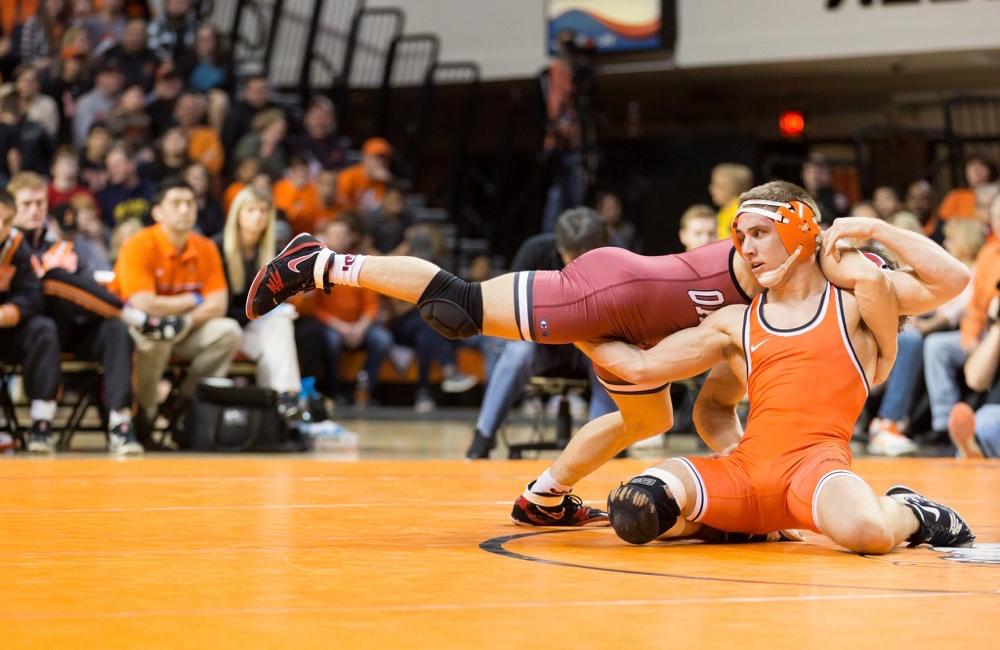 Dean Heil was hypercritical of himself after the Oklahoma State wrestling team’s 27-13 loss against Penn State in the NWCA Bowl Series on Feb. 17.

He said he has been a, “horrible team leader,” and took full blame for the loss as a leader in the locker room, No. 1 wrestler in his weight class and reigning national champion.

But Coach John Smith said the Cowboys are back on the right train of thought for the Big 12 Championships in Tulsa starting Saturday after their first week away from competition since the Southern Scuffle on Jan. 1-2.

“It’s gone,” Smith said. “I think we’ll benefit from it. I think the workouts over the last eight days have been very important to us.”

Smith pushed to move the conference tournament to a neutral site, away from campuses, to create a feel more similar to that of the NCAA Championships. Last year, he got it, and the championships were held in Kansas City, where there are presently no Big 12 wrestling schools, at the Sprint Center. This year, it’s at the BOK Center.

The Cowboys have won six of the past seven conference titles, and having the tournament about an hour away in Tulsa won’t hurt.

The Cowboys are relatively healthy heading into Tulsa, Smith said. Austin Schafer had been battling an ankle injury for a couple of weeks and did not wrestle against Penn State, but Smith said he is a go.

“He doesn’t have to wrestle to go to the NCAA Championships because he’s qualified already,” Smith said. “So I feel confident enough that he’s feeling good enough to compete.”

The only other ailment OSU has is Kyle Crutchmer, who said he had the flu for a handful of days and wasn’t allowed to work out. Crutchmer said he feels well after a couple of days of rest and in the two days he has been back in the room, attitudes seem good, and everyone is ready to go.

“It’s that time of year where if you’re not excited, I don’t know why you do this stuff,” Crutchmer said. “There’s not a lot of complaining going on. I think everyone’s excited to finally get to this postseason and start proving themselves a little bit.”

This Big 12 Championships will mean much more than years past for Crutchmer, a senior, he said. Crutchmer was out of the tournament last year because of an ankle injury he suffered late in the year against Oklahoma. He said it was one of the most devastating things he has gone through in his life.

Crutchmer grew up in Tulsa and wrestled at Union High School, so he said it’s only fitting that his career ends where it began.

“I don’t think we have another guy from Tulsa that’s on the starting lineup,” Crutchmer said. “So for me, it’s a blessing. It’s gonna be fun.”

The Big 12 will have to deal with a hometown favorite that just got spanked in front of a record Gallagher-Iba Arena crowd. On top of everything, the Cowboys are going for their 51st conference title and 15th in the Big 12.

“We’re going in with no disadvantages,” Smith said. “I’ll say that.”