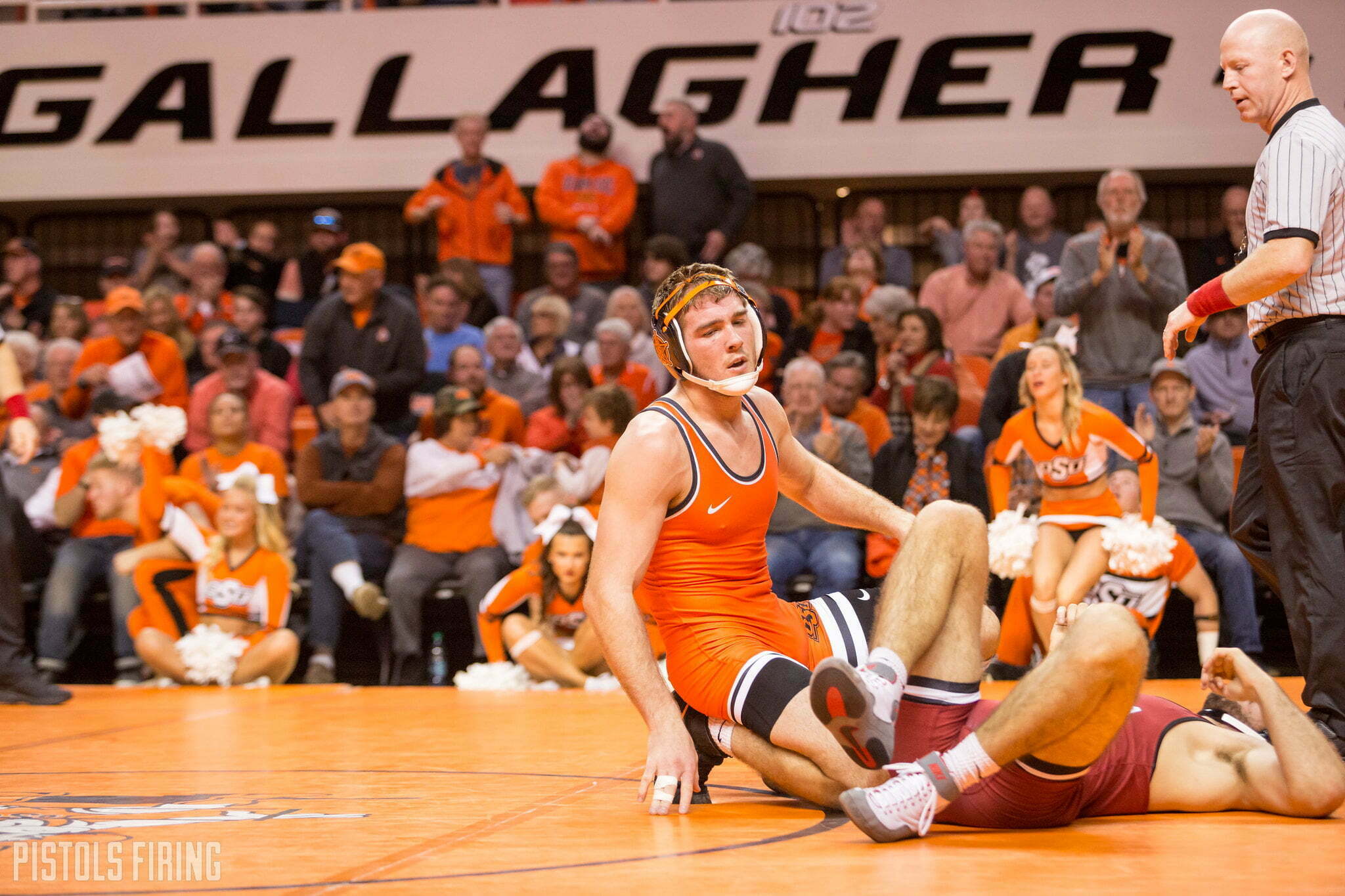 This left Wyatt Sheets (157), Travis Wittlake (165), Dakota Geer (184), and Gavin Stika (197) waiting on the at-large announcements scheduled for Tuesday from the NCAA.

Stika didn’t have much of a chance, but the other three former All-Americans were all certainly in the conversation.

After the announcements were made, Geer and Sheets were in and Wittlake, the fourth-place finisher from last season, was out.

This officially brings the Cowboys total to eight qualifiers for the NCAA tournament in two weeks.