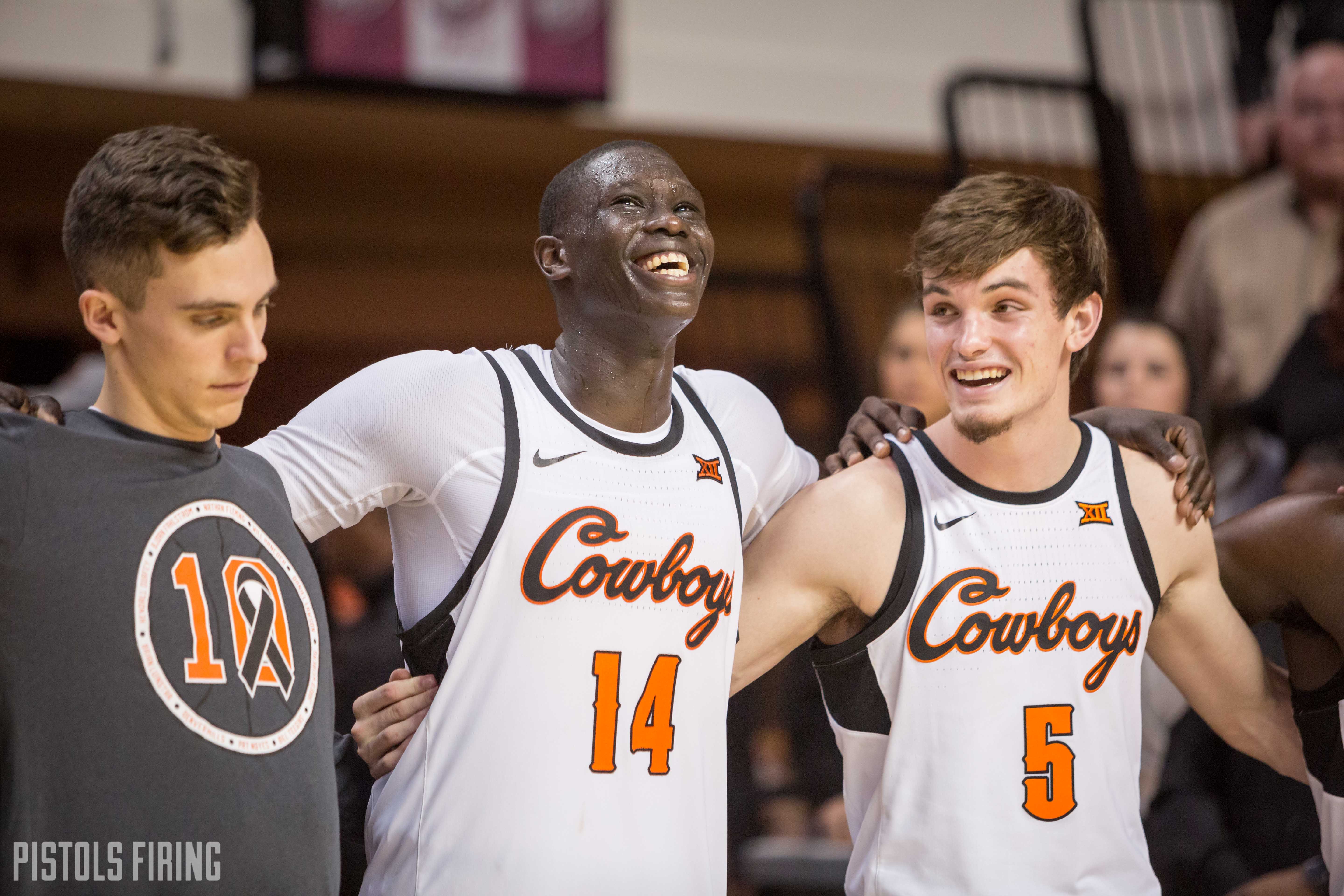 The Cowboys three captains combined for 50 points in Saturday’s victory against South Carolina, but there was another stat line that was just as impressive.

Although Yor Anei’s 8 points weren’t anything gaudy, the freshman center ripped down a game-high 11 rebounds, and at plus-18, his plus/minus was more than double any other player. On Friday, junior Thomas Dziagwa told him about the physicality of which South Carolina’s big men Chris Silva and Felipe Haase would play.

“He stepped up big time,” Lindy Waters said. “We needed someone in the paint that was able to battle along with Silva and their bigs.

“I remember yesterday, Thomas was talking to him about how physical it was gonna be, and all Yor said was, ‘You’re gonna see a different beast tomorrow’ and just walked off. He came in. He proved it, and we just gotta keep it going.”

Anei spent much of his first college semester in foul trouble. So, when his classmates Maurice Calloo and Kentrevious Jones were dismissed Jan. 16, it put more an Anei’s shoulders.

Before the dismissals, Anei had at least four fouls in nine of OSU’s 17 games. Since, he’s had three fouls twice and only one against Iowa State on Jan. 19. In the three games without Calloo and Jones, Anei has averaged 8 points and nine rebounds and stuffed eight total shots.

“His defensive presence,” OSU coach Mike Boynton said Saturday. “His activity on the glass and obviously his activity blocking shots and changing shots around the rim. It’s a big factor for our team.”

Although it seems imminent, Anei is still without his first collegiate career double-double. With the scoring around him, Anei isn’t forcing things at the rim, an obvious good thing. Anei’s 67-percent field-goal percentage leads the Cowboys, as a lot of his attempts looks something like this: