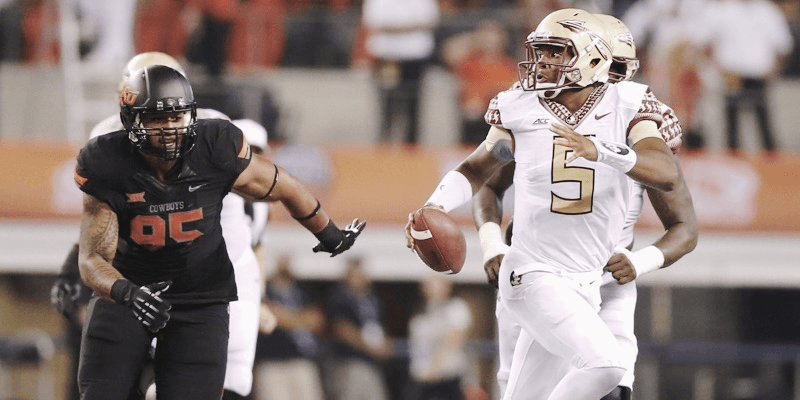 Glenn Spencer’s defense got some bad news on Tuesday as tackle Vili Leveni wrote that he’s out for the season after undergoing surgery (on, apparently, his achilles).

With the emergence of Vincent Taylor this spring, this injury won’t hurt OSU as much as it might have, but the defensive tackle depth will certainly suffer.

Leveni was slated to share time with Taylor and Motekiai Maile. The notion that OSU’s line could be even better this season is going to be challenged with Leveni being out for the season.

Gundy confirmed this at Big 12 media days on Tuesday.

“It’s always difficult when you have a player that’s injured, just because they
put so much hard work and time into getting prepared for the season,” said Gundy. “As a coach, it’s one ofthe most difficult things to swallow.”

“You have a young man that’s done everything we’ve asked him to do[1. Shades of the Bobby Reid rant right there.] and he’s put a lot of time in, and he’s come to a bump in the road. But the next guy has to make plays.”

“We’re not as experienced and we don’t have as much depth at that position, but there’s
certain things that we can control, and that’s certainly not one of them. So Vili will be back with us at some point, and we’re looking forward to getting him back.”