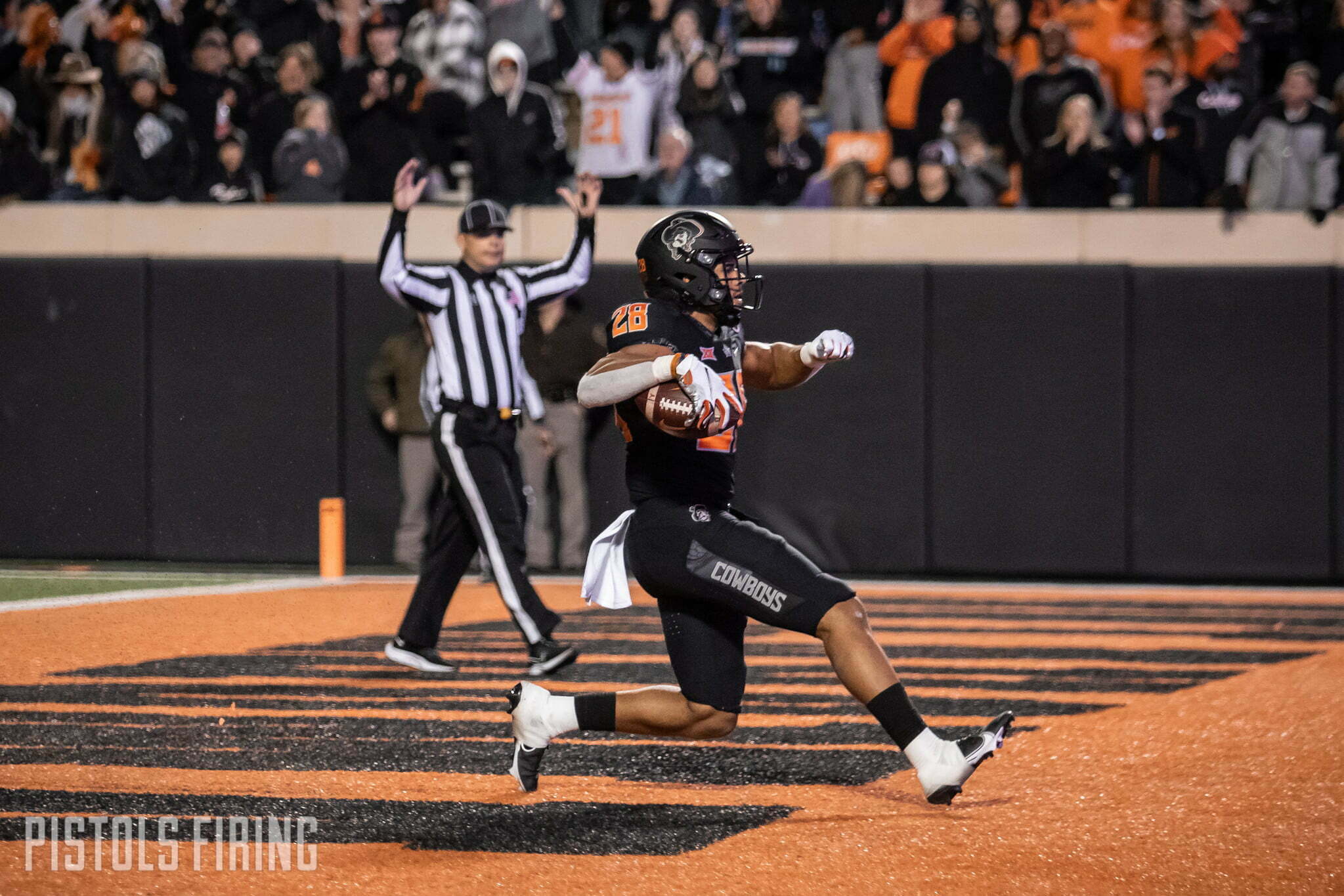 No. 5 Oklahoma State will look to make it 2-0 against an opponent for the first time ever when the Cowboys face No. 9 Baylor for the Big 12 Championship on Saturday. The Cowboys won the regular season meeting with the Bears in Stillwater 24-14. Here are 10 things to know about the two teams’ postseason rematch.

Most of these stats come care of OSU Athletics or Baylor Athletics.

• This will be just the second time that OSU has play an opponent twice in the same season, and first time in over a century. Oklahoma A&M College played Central State Normal School (Now UCO) and split the series.

• OSU is 4-9 all-time when both teams are ranked in the AP Top 10. If the Cowboys win Saturday, they’ll have beaten back-to-back Top 10 teams for the first time since 1976 and second time in school history. The Cowboys’ win over Baylor earlier this season marked the first stretch of consecutive wins over ranked opponents since 2013.

• OSU is averaging more than 40 points and more than 450 yards of offense in its past five games. The Pokes have outscored their last five opponents by a combined margin of 202-56, which amounts to an average score of 40-11

• Baylor has forced a turnover in 20-consecutive games, and the Bears are +16 in turnovers in 21 games under Dave Aranda (37 turnovers forced, 21 turnovers allowed). OSU has forced 25 turnovers in its past 16 games.

• In the matchup in Stillwater, OSU lost the turnover battle 3-0 thanks to Spencer Sanderss three interceptions. Sanders is coming off of a two-interception outing in a Bedlam win. But prior to the OU game, he’d thrown just one pick in his five previous outings. Since 2005, OSU is 43-4 when not committing a turnover. And dating back to 2008, OSU is 69-8 when winning the turnover battle.

• OSU has won 79 consecutive games when holding its opponent to fewer than 20 points, dating back to Sept. 13, 2003  – the longest active stretch of time in the FBS and longest since at least 1980.

• The Cowboys held Baylor to 14 points in the first meeting, 19 points under the Bears’ current scoring average. OSU has held 21 of its last 23 Big 12 opponents below their scoring average at the time.

• An OSU win would secured its 12th conference championship since 1926 and its first since 2011. It would also mark OSU’s second Big 12 title – tied for the third most in the history of the conference