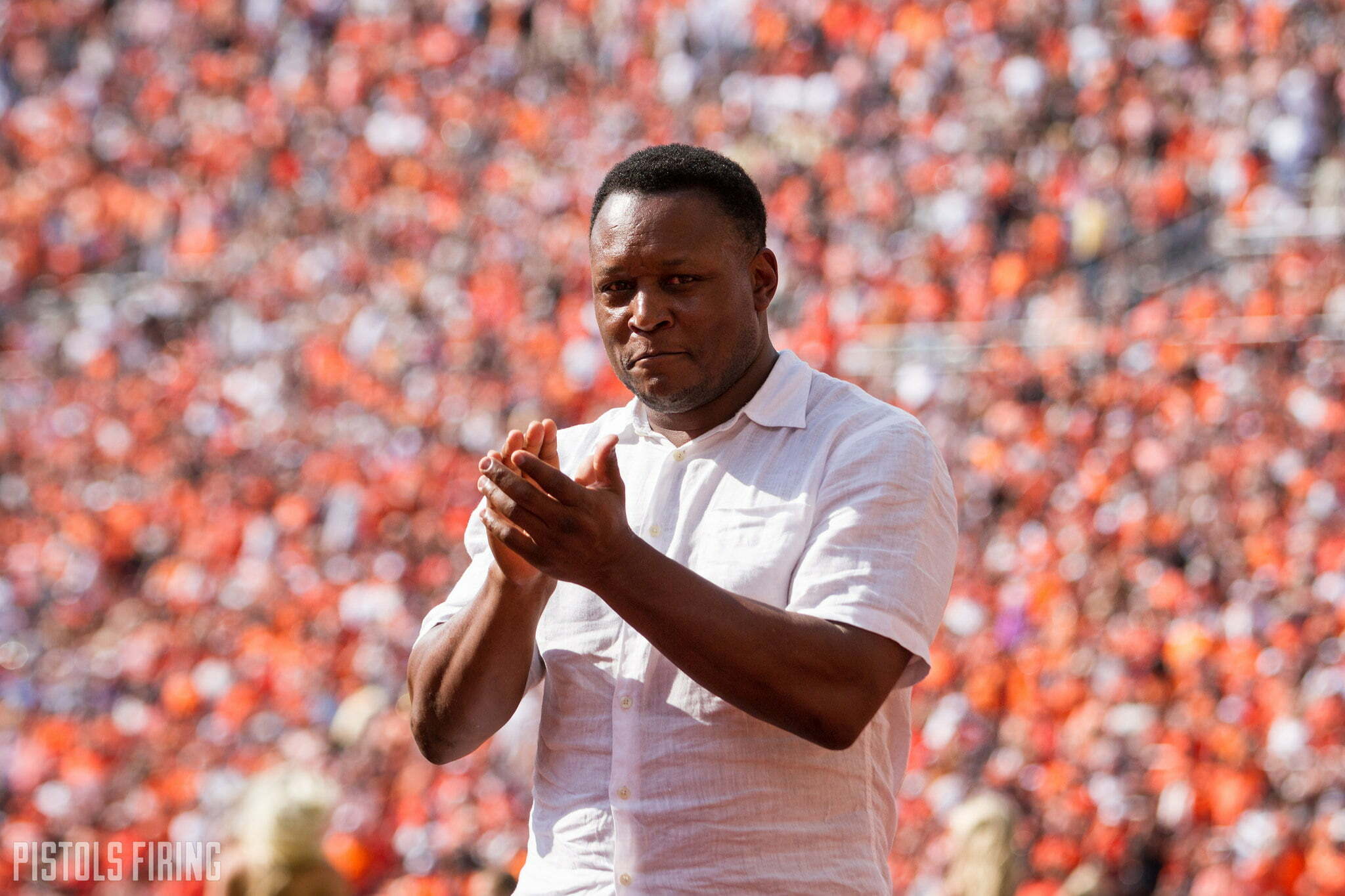 Some records weren’t meant to be broken.

When assembling a list like this, I have to make a disclaimer. I could write a post about the 10 Barry Sanders Records That Will Never Be Broken, and I would still be leaving a dozen or so out. So I might skip a couple of the redundant or on-the-nose numbers in lieu of another Cowboy and for the sake of variety.

That being said, let’s start with the man himself.

This record seems pretty safe, even though the NCAA incorrectly only credits Barry with with 2,628 during his junior Heisman-winning season. Before 2002, bowl games were not included. The reason that has not been rectified by now is kind of puzzling but regardless, his pre-Holiday Bowl total of 2,628 is still No. 1 in FBS history. His actual record should be safe at OSU (and elsewhere) probably forever.

Barry still holds the record for most rushing yards per game in a single season for that 1988 Heisman run. He averaged 237.5 per game and 7.64 per carry if you include his bowl game.

Sanders’ 60 six-pointers stand alone atop the mountain and is another mark that will likely never be met at OSU. Not only is it impressive that Barry tops this list having played only three seasons, he spent the first two behind a future HOFer in Thurman Thomas. No. 2 on this list? Thomas, himself left Stillwater with said record a year prior with 50 of his own.

While a recent Cowboy made that list in Washington, it’s hard to see someone else being that much more productive than him over a four-year career — especially one that included three of the best offenses in OSU history. And Washington was still 20 TDs short.

With this mark we can lump in Barry’s other records of Most Touchdowns Scored in a Season (44) and Most Points Scored (264), both in 1988.

Plenty of college rushers have reached this feat before and since Barry finished his career — his career mark currently ranks 34th in the FBS — but it’s unlikely that another Cowboy reaches that number any time soon.

Rudolph owns the title of all-time passer at a school that has earned a reputation for its passing, and this honor may be his to keep.

Rudolph was not only super productive during his tenure, he performed at a high level for three-plus years. That’s something that is not just rare in Stillwater, it’s rare in college football.

Only three Cowboy QBs have led the team in passing in three consecutive years dating back to when OSU’s head coach was playing — Mason Rudolph, Tone Jones and Gundy. Weeden had two years, as did Zac and Josh Fields. Add in the recent rule changes that streamline the transfer process, and I predict that no other Cowboy passer gets the chance to put up those numbers. Cue the start of the four-year, 15,000-yard campaign of Spencer Sanders (?).

I’ll let this one stand on its own since it has been in place for 70 years. With all of the wide receiver star power OSU has boasted in recent history, it’s amazing that an “end” Alex Loyd still holds the single-game school record with 16 receptions.

But several got within striking distance. No. 2 on this list is a tie between a slew of Cowboy greats. Justin Blackmon caught 13 passes three times. Adarius Bowman hit that mark once, as did Dez Bryant, Rashaun Woods, Josh Stewart (twice) and Josh Cooper.

I suppose I could see a scenario where, say, Tylan gets his paws on 17 balls, but it’s very unlikely. His career high was 10, three times last year. And for example, OSU’s latest Biletnikoff winner James Washington never reached double-digit catches in a single game in college.

With all the wideout talent OSU puts around its No. 1 option year in and year out, and the way defenses game plan, I’m going to say this record remains safe this year and for many to come.

This is another record that is not only an Oklahoma State high, but the most recorded in FBS history. Rashaun narrowly edged out his more memorable 12-catch, 226-yard (and three-TD) performance in a Bedlam win the year before by setting career highs with 13 catches and what was then a school record 232 yards against SMU.

But it was the seven scores that really set this game apart. Going house on nearly half of your touches is insane, and I doubt we ever see that again. There is a three-way tie for second with Adarius Bowman, Dez Bryant and Tracy Moore each recording career highs of four TD catches.

Any time you have to go back to World War II to find the last time a thing was done, I think that record is pretty safe. Cook’s five interceptions is still tied for the most in a single game in FBS history, but he was the first to do it back on November 28, 1942, as the then Oklahoma A&M Cowboys blew out Detroit 33-6 inside Titan Stadium in Detroit, Michigan during both teams’ season finale.

Four other NCAA players have reached five interceptions in a game, but no player has eclipsed that mark. What’s even more impressive is that it was part of a 10-interception performance by the Cowboys that is even less likely to be matched.

Five INTs returned for scores doesn’t seem unattainable, but since it’s only been done by one Cowboy defender ever, I’ll include it on this list.

Mark Moore (1983-86) and Rod Smith (1986-89) each ended their careers with three and a slew of Cowboys finished with two including the likes of Justin Gilbert, Shaun Lewis, Ramon Richards and Justin Phillips.

The 1978 AP All-American linebacker is the only Cowboy to ever record 100-plus tackles in four seasons. His junior season he was also named Big 8 Defensive Player of the Year with 130 tackles, four for loss, five pass breakups, two forced fumbles and two recovered fumbles.

Just a glance at the top 5 on this list and the years beside them tells you this record will likely remain intact.

Corker was drafted in the fifth round by the Houston Oilers and spent five years in the NFL as well as stints in USFL and was an Arena Football League Hall of Famer. Corker is still among the top 5 at OSU in fumbles forced (9) and fumbles recovered (8).

The fact that no one has come close to sniffing that mark in three decades leads me to believe that Thurman’s record is secure. He also holds the record for most rushing yards in a career with 5,001.