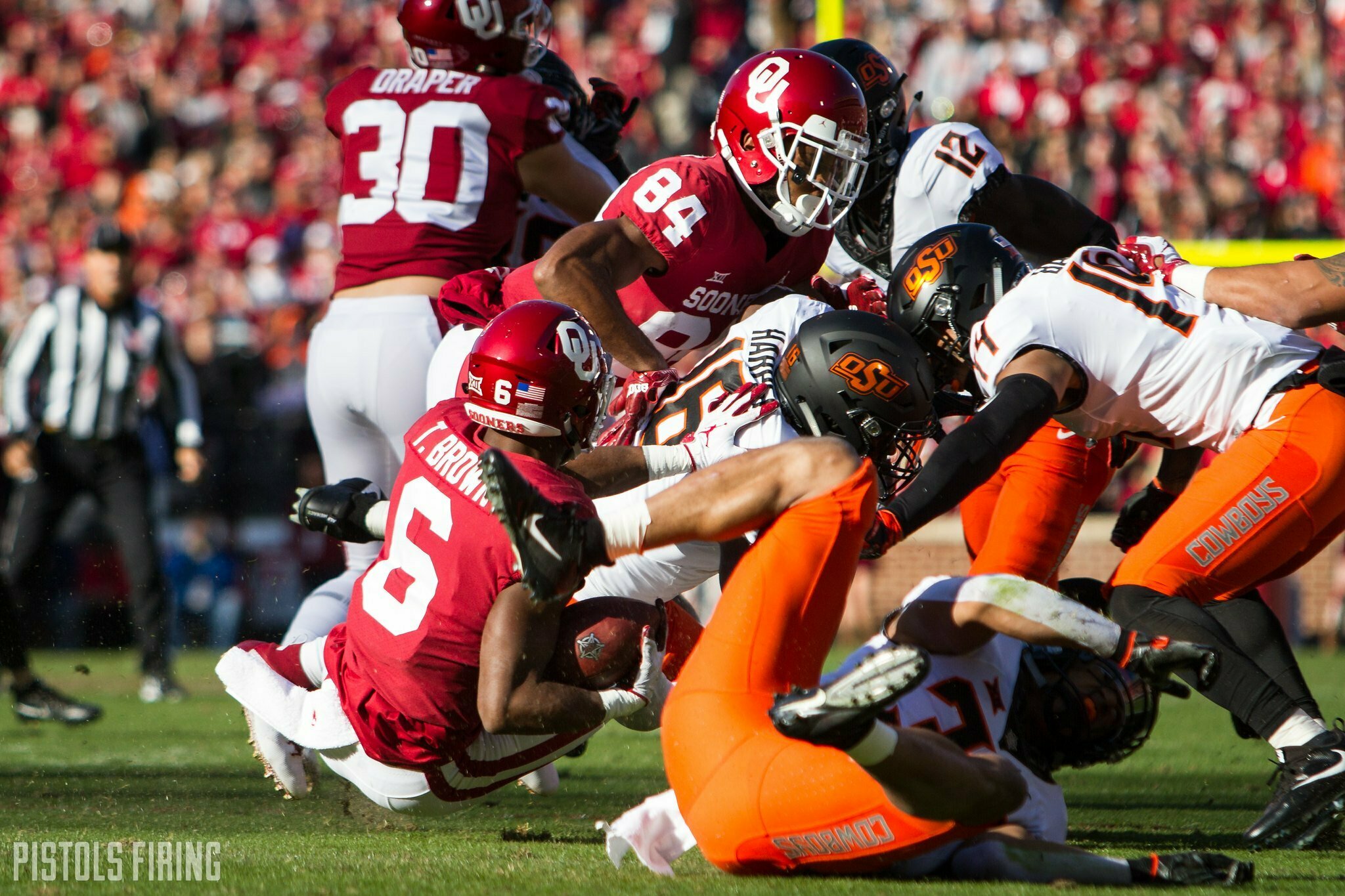 Bedlam week has arrived, so prepare yourself: your work mate will inevitably have some “89-20-7 lolz” comment or “it’s not a real rivalry” jab. Just know they do it out of sheer terror of the one true Mullet King.

Here are 10 things to know to arm yourself with some factoids as rebuttal ahead of this weekend.

1. A win on Saturday would give OSU back-to-back wins over OU in the Bedlam series for the first time since 2001-2002. Since the series began in 1904, OSU has only won consecutive games in the series five times and never won more than two consecutive games over the Sooners.

2. The Bedlam rivalry has been played annually with no interruption each year since 1910.

3. Saturday marks the first time since 1998 that OSU will face OU when the Sooners have not yet achieved bowl eligibility.

6. Saturday’s meeting between OU and OSU marks the first time since the College Football Playoff era in which OSU will be ranked in the CFP rankings entering the game and OU will not be.

8. Speaking of 1904: That was a weird year! Legend has it that the first meeting, which was played in Guthrie, involved an OSU punter punting backward, a recovered ball in the creek leading to an OU touchdown and some ghastly weather to boot. Here’s a snippet of that game via Banner Society a few years ago:

At one point, a punter reportedly punted the ball way up into the air, and when it landed, it bounced beyond the field and into a creek that was either freezing or really, really cold. Football’s rules were, uh, not fully modernized at this point, and players from both teams chased after the ball. An OU player recovered it in the creek and was awarded a touchdown, which OU didn’t need but was probably happy to get anyway.

And here’s an even better snippet of that same story from Wikipedia.

The first Bedlam football game was held at Island Park, now known as Mineral Wells Park, in Guthrie, Oklahoma. It was a cold and very windy day, with temperatures well below the freezing mark. At one point during the game when the Oklahoma A&M Aggies were punting, the wind carried the ball backwards behind the kicker. If the Oklahoma A&M squad recovered the ball it would be a touchback, but if the University of Oklahoma squad recovered it, it would be a touchdown. The ball rolled down a hill into the half-frozen creek. Since a touchdown was at stake, members of both teams dove into the icy waters to recover the ball. A member of the OU team came out with the ball and downed it for a touchdown. OU won the game, 75–0.[7] The rivalry has been now been played without interruption since 1910.”

9. In 2007, the author Steve Budin wrote in a book about gambling that the 1954 Bedlam game — won by OU 14-0 — was fixed by mobsters who “allegedly” used a horse laxative to poison some of OU’s players.

“Budin said in the book that by Thursday of that week, reports had surfaced in newspapers about a mysterious illness hitting Oklahoma football players and that two days later, on the day of the game, it was announced that the Sooners would play without many key players,” ESPN wrote in 2007. “He recounts how J.R. told his father that one of J.R.’s cohorts had threatened, then paid off, a cook to slip the laxative into a pot of soup at a hotel where the Sooners were staying, and that 37 players ate the soup. The laxative took effect so quickly, the book said, that many of the players were unable to make it to a restroom in time.”

10. OSU is 6-4 in its last 10 road games despite losing each of its last three road outings. Its last road win in the Bedlam series came in 2014.