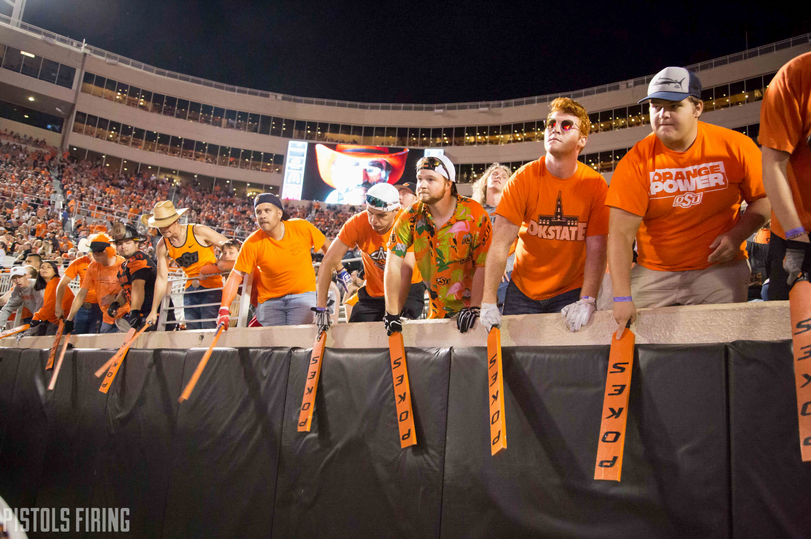 After a two-week mini vacation, Oklahoma State is, finally, back in action on Saturday with a massive top-25 showdown between No. 6 OSU and No. 17 Iowa State. It’s OSU’s fourth game in Week 8 (!) of the college football season.

1. OSU has won a whopping 71 consecutive games when it holds its opponent to fewer than 20 points, a streak that dates to Sept. 13, 2003. It’s the longest active stretch of time in the FBS.

3. OSU is 32-19-3 in the all-time series against Iowa State, including wins over the Cyclones in nine of the last 11 meetings. OSU has won five of the last six games against ISU played in Stillwater and holds a 17-7-2 edge when the game is played on OSU’s turf.

4. By Saturday, OSU will have gone 23 days between games — the first time OSU has had consecutive open weeks between regular season games since 1918, when Oklahoma A&M had three-straight open weekends after its opener due to an outbreak of influenza in the 1918 flu pandemic.

8. OSU’s defense has held opposing offenses to a combined 7-for-43 on third down attempts, making its .163 conversion rate the best in the country. OSU also ranks in the top 10 statistically in sacks, total defense, 4th-down defense, pass-efficiency defense, tackles for loss, first-down defense and rushing defense.