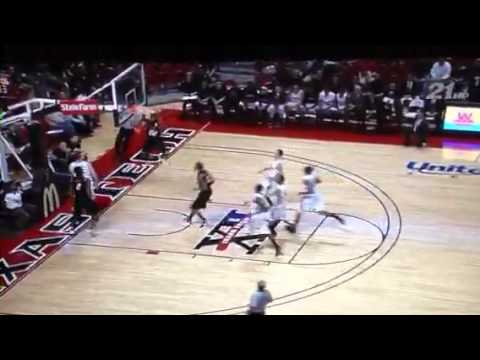 [tries to think of something positive to say after writing that OSU hoops fans were no better than OU fans earlier in the week].

We don’t have to watch another basketball/football game in Norman for all of 2013!

Here are my 10 thoughts on the game

2. In my preview as I was writing the sentence “there’s not much risk of OU killing you with the three (260th in the country in 3P%) so if you can push the ball out to their guards, you can devastate them offensively” I knew immediately that I would come to regret it.

3. You guys can whine and moan about firing Ford all you want the rest of the year but nothing’s going to happen until the offseason. And even then I’d be surprised if he got fired even if this team misses the tournament. So we might as well saddle up and get behind a team that might need all nine home wins in conference to make the Dance.

4. I don’t understand how Le’Bryan Nash can watch tape of himself driving to the bucket, drawing fouls, and going to the line and then in games say “nah, I’m good, I’m going to fade away on this 6’1 dude and continue clanking stuff off the back iron, I’m sure big Phil will get me boards.”

I’m just flabbergasted by this really.

5. John Holcomb said this on the radio today after the game. I have all kinds of fun statistics for you today!

Crazy stat: since 2005 #okstate hasn’t come back to win a game when down by more than 2pts at the half.

On that last stat: has to just be be road games, I would think (didn’t catch if Hunziker clarified that or not).

6. In the second half, from about the 18-minute mark until Smart got foul number four: that’s who we are. Trapping, forcing turnovers, getting to the line, banging wide open threes, fast breaks. I mean that’s WHO WE ARE.

Ford trying to run halfcourt sets is like Jermaine Gresham trying to do organic chemistry, it’s just not happening. But then of course Smart picked up no. 4 and it was pretty much all over from there.

Also, while we’re here, can we get Forte to go the all-black socks/shoes combo like J.J. Redick? If people are going to hate you because you’re short, white, and can stroke, you might as well make them hate you.

8. At least nobody on our team does this?

9. My two favorite Ford moments from the game: him crowd surfing his own bench after the 11-minutes-too-late call on Markel on that deep three by OU. Seriously, Cobbins and Soucek were holding him up with both hands.

Then him going with the “kill the clock and take a deep three with two seconds left on the shot clock” offense when we were down 11 with five minutes left. True ingenuity.

10. Great point by @superfanHD on Twitter today after I mentioned Fran Fraschilla’s irrational and unabashed love for Marcus Smart. Fraschilla’s own kid was in the building (he’s a walk-on for OU). Even better!

My favorite Fraschilla moment from today was him saying “OU better be careful, I like what Oklahoma State is doing” when we were pressing down 14 with a minute left.

Also, he WENT OFF on Nash saying him settling for Js was “garbage” and chastising him for not going to the hoop. Fran really is the best.

One week to regroup, Tech at home next Saturday.