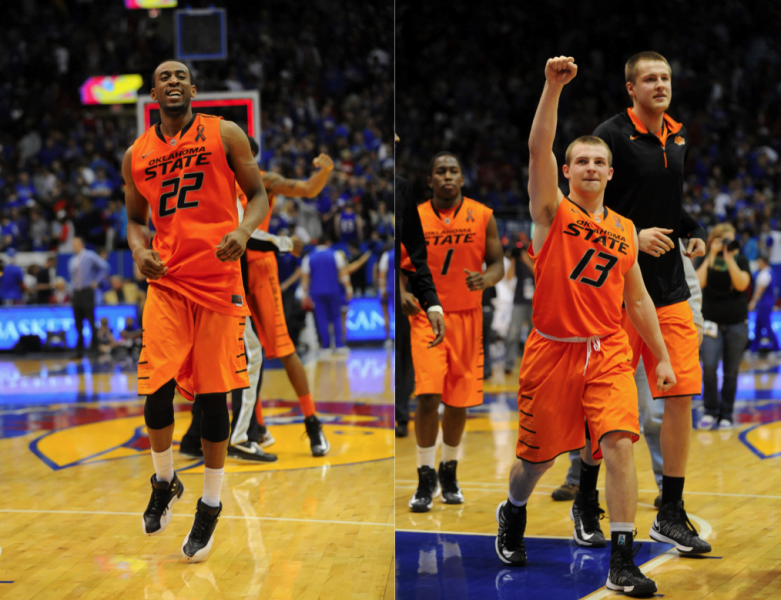 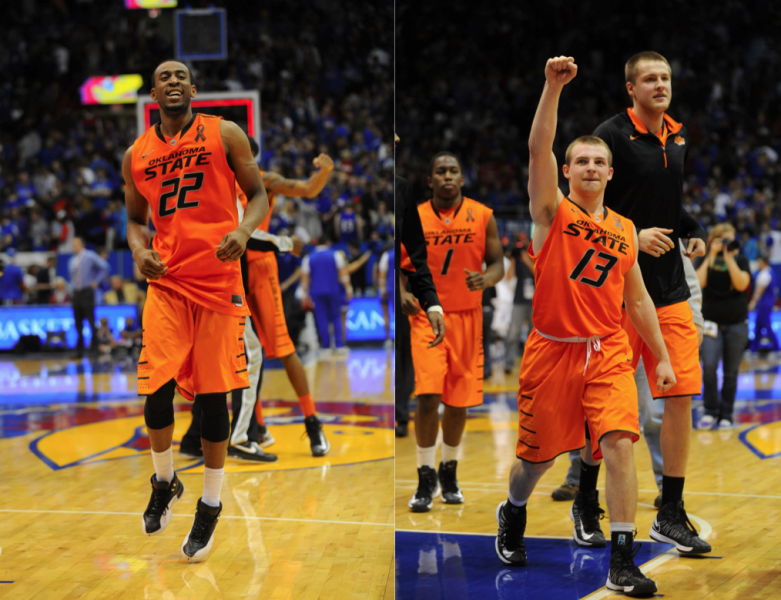 Hold on for a second.

How much fun was that?!

2. Let’s talk about Batman though: 25 points, 9 boards (8 offensive!!!), 3 assists, and 5 steals for Smart. And he just ripped KU’s heart out at the end. He controlled the last four minutes of the game in ways you want Big 12 player of the year candidates to control the last four minutes of games. He picked up Nash, boarded over Releford, hammered on Withey, and did a sweet little dance in Phog Allen’s house to top it all off.

Pretty sure that performance by Marcus Smart against KU puts him as No. 1 PG in draft. May boost him into Top 5 on Big Board.

4. While we’re here, how good is Ben McLemore? He’s what Nash would be if he played like Markel plays. Just a freaking monster.

5. The Nash thing…I just don’t know. I’m back to thinking he’s just not very good anymore. Murph played eight minutes and he had four points, five boards, and an assist. Nash played 24 and had 7-1-2. It was almost a relief when he finally fouled out.

7. Am I the only one who felt like Withey got every 50/50 call in sight? I understand he’s a 5th-year senior and blah blah blah but my gosh. Oh, and Pau Gasol thinks Withey takes a lot of steps without dribbling.

8. Randy Rutherford was probably shifting the toothpick he was chomping on around a little bit during the first half getting nervous about Markel blowing past his 45-point effort at KU his senior year.

9. In case you missed the videos:

10. The stat lines of OSU and KU are eerie

By hanging around, by willing themselves back in the game over and over again, by quenching KU runs with offensive putbacks and steals, by staving off those haunting “roooockkkk challllkkkk jayhaaaawk” chants at the very end.

By hitting big free throws at the end (the announcers said Phil Forte had “ice veins”!)

And mostly…by having Marcus Smart.

11. I’ve had this one queued up longer than Dave Armstrong had that “what can Markel Brown do for the Cowboys” line…

Marcus Smart’s stones are bigger than that Jayhawk at the middle of KU’s court.