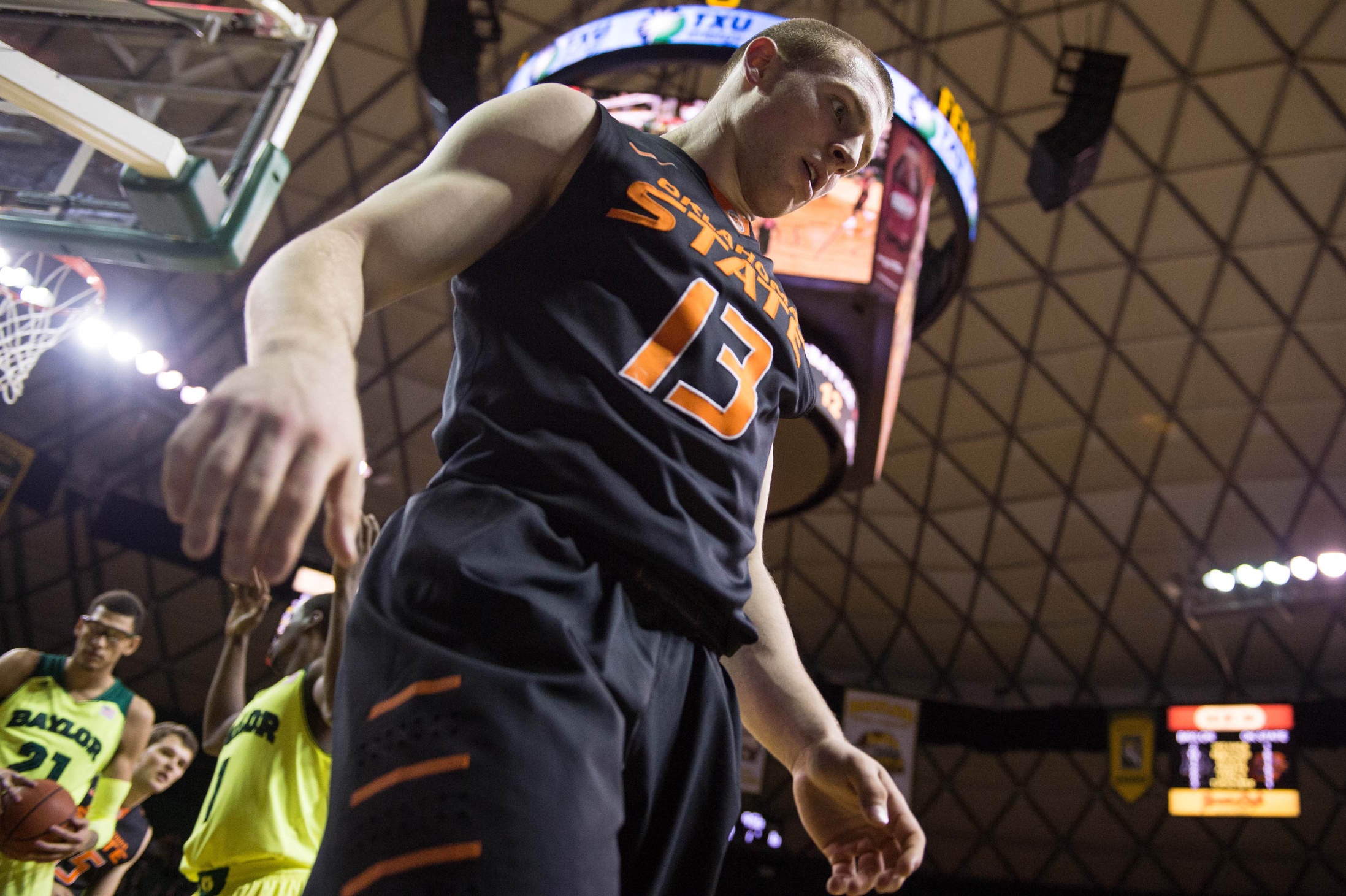 Different venue, same story for Oklahoma State at Baylor on Big Monday — its bench is thinner than Isaiah Austin after a five-day fast and despite herculean efforts from Markel Brown and Phil Forte, OSU is not one of the better teams in the Big 12 right now.

It might not even be one of the average teams in the Big 12 right now.

The frustrating part is that it has showed signs of life over the last two games — and we’re letting what should be an all-time Markel Brown senior season go to waste — but there’s just nothing in the well to draw from. That’s a Travis Ford problem, though, not an Oklahoma State basketball players problem.

That changes, of course, when Marcus comes back on Saturday but the seven-game slide is probably going to be too much for even him to dig OSU out of.

But back to tonight.

Markel was spectacular on a night when OSU needed him to be spectacular — 26 points, four rebounds, six assists and two ice packs for his surely ailing knees.[1. All of the minutes!]

Phil Forte chipped in 20 on 17 shots (not an ideal ratio, especially for him) and the Leyton HAMmonds three to send the game to overtime was about as expected as Big Country hitting from halfcourt at old GIA against Mizzou.

Baylor scored 12 in OT (to OSU’s six) and Cory Jefferson, who cannot be guarded by anyone who has played for Oklahoma State in the last nine years, had five of them.

OSU is now 4-9 in the Big 12 and the tailspin continues. The Cowboys haven’t lost seven straight since…1973.[1. I was wrong about this the other day, they lost eight conference games in a row over the course of the 1984-85 and 1985-86 seasons, but not all in the same year and the streak was broken up by non-conference games.]

• Since I’m supposed to have an opinion about Baylor’s uniforms, apparently, I don’t hate them. What are you supposed to do if you’re Baylor and sponsored by Adidas? There’s a curve and Baylor gets a good grade on it.

• I know we give Fran (and others)a tough time for their antics but can you imagine having to commentate on this OSU team once a week? How high up in his next contract does Frank put “ESPN must flex Big 12 games”?

• Markel is in “gonna start getting ready for the combine” mode, isn’t he? I’m not against it, nor do I blame him, but I think he’s started thinking about it.

• Again, I love Mason, and I love Helsley, but this is not a good thing.

• Hammonds-Sager-Cox-Forte-Markel is the new “is this happening?” lineup of the year.

• At what point in the “Le’Bryan has two fouls” era do we just start rolling with him until he fouls out? Might as well, no?

• I watched Forte pull from this spot multiple times and really, is “the picket fence for Forte” from this spot as an offense really the worst idea? Just spitballing here.

• Life as an OSU basketball fan is not good.

Marek Soucek checks in for Mason Cox in the first half of a Big 12 game … What is life?

• Why does Royce not jump on his threes? It’s so weird to watch.

That has to be the most Scott Drew sequence of all time.

I can’t remember if this is what he was talking about but that final sequence in regulation was incredible from Baylor. You’re up three with three seconds left and the ball and you go to OT. Incredible.

Our best play has been Scott Drew calling timeouts… #GoPokes

You just knew there was no way Scott Drew was going to let Travis Ford out-timeout him.