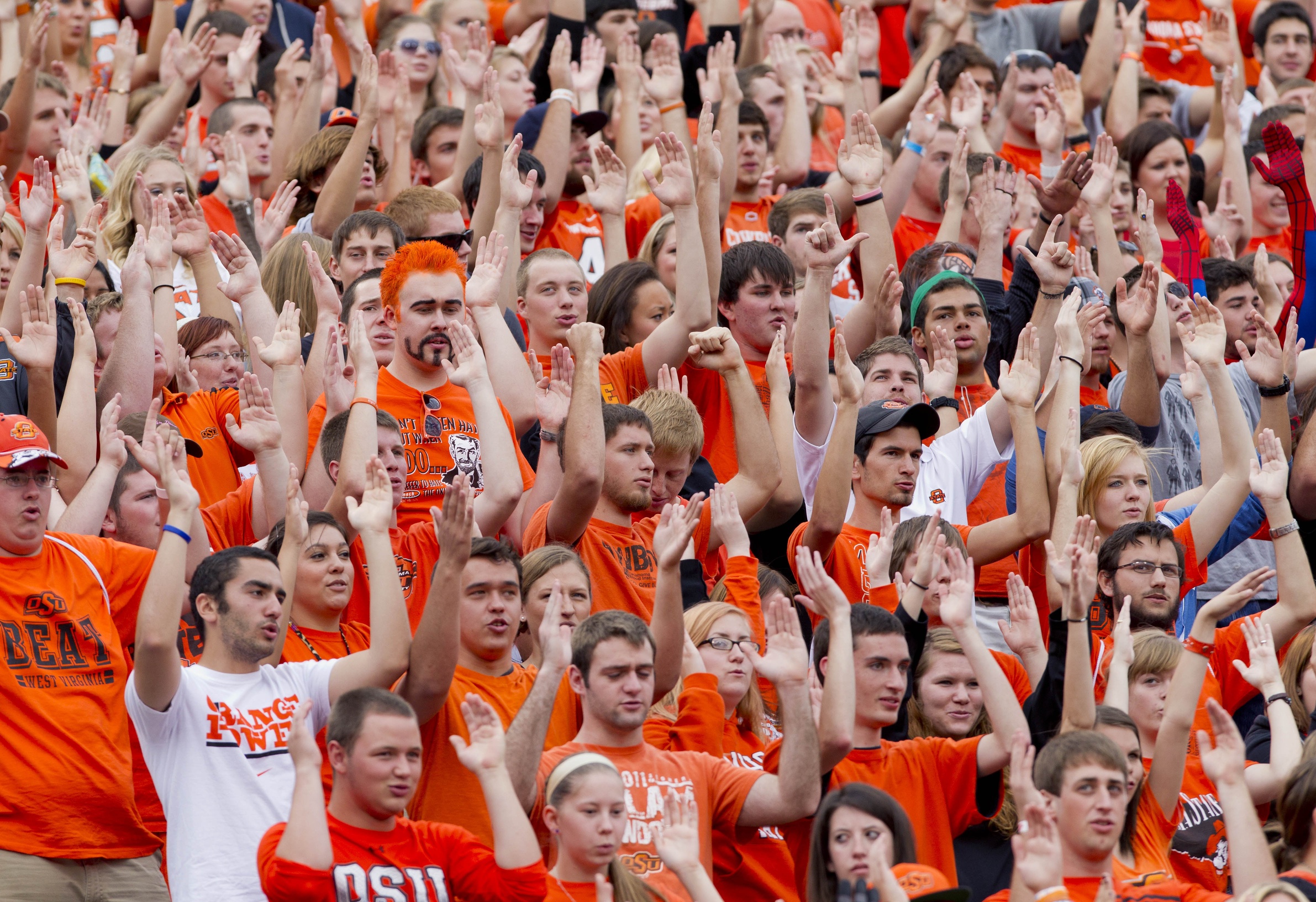 1. My favorite line from Dave was this: “This is what makes our preseason #1 conference rating a little iffy — we like our starting fullback more than our starting QB.”

3. I’m somewhat fascinated by the fact that Walsh is more beloved than Chelf. I don’t really think this is a one off thing among Internet-only people either that isn’t actually true if you went and polled, say, the 50K in attendance at the first home game. If anything, the Internet folks would lean more heavily towards Chelf — I think fans are just all in on Walsh.

So QB2 and our starting FB are more liked than QB1…should be a fun season.

4. I’m very impressed with our rationality as a whole. OKC Dave put together this chart of predicted vs. actual for the last five years and it’s extremely fair:

Granted, we’re using 20ish years of mostly futile seasons as a backdrop so the slight undervaluation is pretty understandable but I’m still pleased with our crowdsourced ability to pick seasons.

One other thing that stuck out about picking wins was that we picked beating TCU at exactly 68% both last year and this year (remember, no change in venue). That tells me our collective view of TCU in general is very ingrained — and not likely to change unless they just fall off the map or something.

5. I’m confused by the answer to the “where will OSU finish in the polls” question. 77% of you think OSU will end the year as a top 10 team and yet our collective prediction was right at nine wins for the season. That’s not going to get the job done, I don’t think.

6. To the maniac who said I’m not really a fan of OSU:

7. I was one of the 4% that said our defense would be the same as last year (I was also part of the 12% that would prefer a hoops title). You probably could have guessed that though.

I would have liked some clarification from OKC Dave on what constitutes “better” though. Are we going with the John Hoover Memorial “TOTAL YARDZ IZ HIGH” measurement? DFEI? Eyeball test? Like, do we get to vote at the end of the season over whether or not the defense was better based on what we saw? Because based on the comments on my recent posts on the defense I have about as much faith in the validity of that as I do in the NCAA doing the right thing in the Manziel case.

I would have bet my blog it would go OSU football, Thunder, NFL, OSU hoops in that order. Also, I find it very difficult to believe you guys are more interested in OSU golf than the PGA Tour. You’re telling me Jordan Niebrugge > Tiger? Come on. You might mean you only follow OSU golfers on the PGA Tour, but there’s no way you follow OSU golf more closely than PGA Tour golf. Also…I’m disappointed in the tennis and soccer response.

9. The uniform rankings were of particular interest to me given our uniform countdown. I barely have black-orange-black in my top 10 and you guys have it No. 1 and none of my top three are in your top 10. I feel like all the old man fans have somehow brainwashed everyone else into thinking GRAY SHOULD NOT EVEN BE A COLOR, MUCH LESS OUR COLOR!