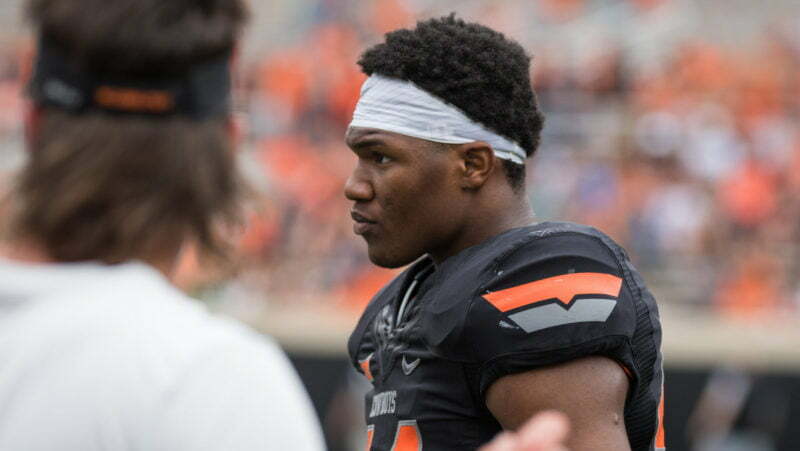 During Mike Gundy’s tenure, the Cowboys have become the landing spot for several high-end transfers, especially on defense. The subject of our next story falls is just the latest in a long line which include the likes of  Tyler Patmon, Michael Hunter, Jordan Burton and Chad Whitener.

How he got to OSU

During his time at Arizona Western College, Macon went from a playmaking freshman to stat-stuffing sophomore. He led the nation with 27.5 (!!!) tackles for loss in 2016 and was a terror against the run. He was the No. 4-ranked JUCO inside linebacker by 247Sports. Glenn Spencer and his staff offered Macon a scholarship early in the process and ramped up their recruiting efforts late in the calendar year, wowing him on an official visit in mid-December and earning a commitment and subsequent signing all within that same week.

What he’s done in Stillwater

Officially? Nothing. Macon was an early enrollee who took part in this year’s spring game and recorded one tackle. But don’t read too much into exhibitions.

Macon is slated to be Chad Whitener’s backup at the middle linebacker position, a crucial spot known as the quarterback of the defense. And we know how much Mike Gundy pines for hockey-line substitutions.

Macon should play a prominent role in 2017. “I feel like I can fit right in and get on the road and hopefully get that Big 12 Championship,” he told Mark Rogers recently.

Macon is coming off of a dominant season at Arizona Western Community College that included the aforementioned 27.5 tackles for loss — which led all junior college players and would have bested the 2016 FBS leader by four. He also totaled 122 tackles, nine sacks and forced nine fumbles.

In a career game against Phoenix (Ariz.), he grabbed 16 tackles (13 solo), five tackles for loss and forced two fumbles. His dominant season earned him the NJCAA Defensive Player of the Year and his team a trip to the National Championship game.

Here’s a look at what Glenn Spencer and Co. have added to the roster.