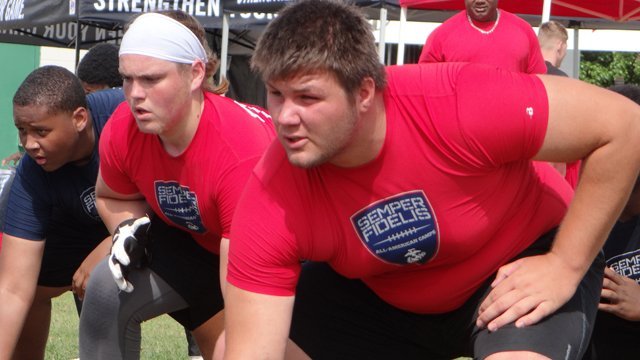 According to multiple sources near the football program, 2016 offensive line signee Tyler Brown, a 6-foot-6, 300-pound prospect from Lexington, Okla., has left the Cowboy football program.

Brown was a highly regarded offensive guard who held offers from 16 schools according to his 247sports profile. Originally committed to TCU to play football, Brown flipped his pledge to the Cowboys last November and held firm in his pledge through signing day, despite a last minute push from the Sooners.

Of the six signees in OSU’s 2016 recruiting class, now two of them, Tramonda Moore and Tyler Brown, will not be joining the program, although Brown was listed on the online roster released by OSU earlier this week.

Although the circumstances behind Brown’s decision is not known, it is believed to have been a personal decision for Brown rather than disciplinary action taken from the coaching staff. Which could leave the door open for him to return at a later date, perhaps, especially given the need for talent along the offensive line.