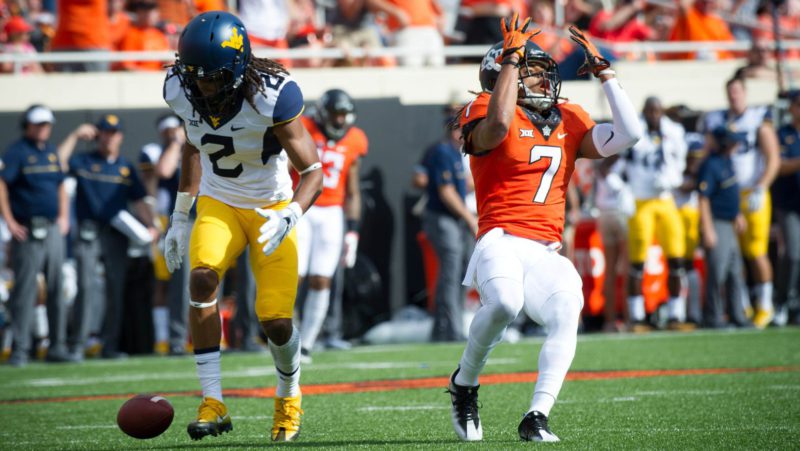 For the second-straight season the Cowboys will lose two key contributors at cornerback — Ashton Lampkin who seems like he’s been a starter for five years and transfer Lenzy Pipkins.

There is some veteran leadership returning but the majority of Oklahoma State’s options at corner are untested. Let’s take a look.

Richards saw serious time early, starting in place of an injured Ashton Lampkin as a true freshman. Now as a senior in 2017, he will not doubt be the leader of the group and one of the leaders oj the Cowboys’ defense.

Ramon can be aggressive and sometimes Ramon can get beat, but he always seems to be in the right place at the right time when the Cowboys need a big play or a game-sealing interception. The coaching staff will be asking a lot of Richards because after him it gets pretty thin in the experience department.

In 2016, Harper started off his true freshman season with a bang. On the first play of his college career, Harper turned a whiffed punt by SE Louisiana into a scoop and score. That was the highlight of Harper’s year but he saw action in twelve games his first season and will look to build on that experience.

Harper was an early enrollee in 2016 so he’s been in the program for a full year. Hopefully that will bode well for he and the Cowboys’ defense.

Balous will be a redshirt sophomore in 2017 and will have as good a chance as any of to compete for meaningful reps. He is apparently one of the fastest players on the roster, having recorded a sub-4.40 40-yard time but he only saw the field in two games last season. If Balous can realize his potential it would be a huge win for OSU.

One of only three upperclassman currently slated to play at corner in 2016. Curry has seen most of his reps on special teams but the lack of experience at corner should give him a chance for meaningful snaps on defense.

After redshirting in 2016, Williams should get a chance to compete for reps in a cornerback group short experience.

As a true freshman, Green saw time on special teams. He will be in the thick the of it, competing for reps.

A 2016 JUCO-transfer who saw action in only one game. He will be a senior in 2017. Can he prove his worth to the catching staff this spring?

Kris McCune — An under-the-radar DB from Dallas Christian in Mesquite, Texas. Will have to impress early to see playing time as a true freshman.

LaMarcus Morton — I included Morton for the sake of being thorough since cornerback was his position in high school but if you check out our safety position preview, you’ll see that’s where we are projecting him contributing.

There are definitely questions to be answered at the cornerback position, and really anybody could emerge opposite Richards as the starter. Behind Richards, there are exactly zero career starts and not much meaningful playing time. What happens this spring will go a long way in clearing some of these questions up.

Don’t be surprised if the Cowboys try to bring in another grad-transfer with experience like they did with Pipkins and Michael Hunter before him. The prospect of going into Big 12 play with this little experience at corner has to be keeping Glenn Spencer up at night.