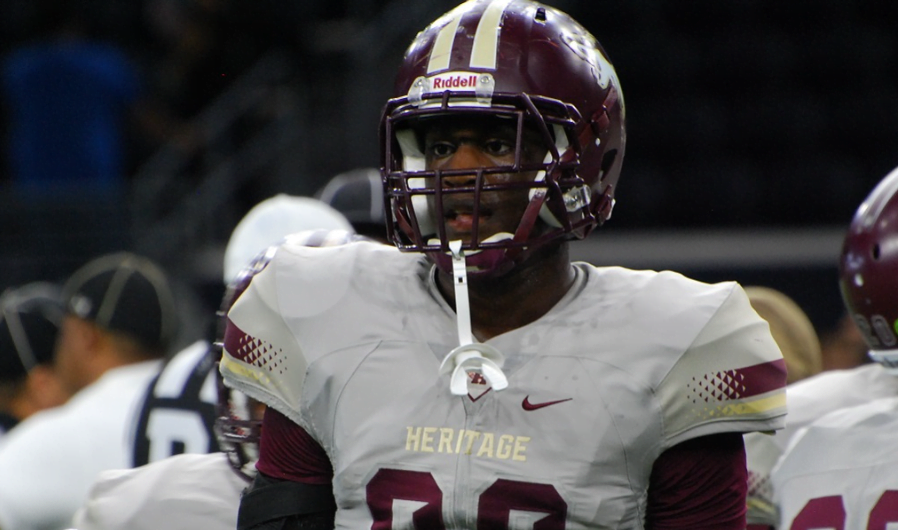 It was bound to happen eventually.

Oklahoma State has officially lost their first commit of the 2018 class. Earlier today, 3-star tight end Nic McTear announced he was de-committing from the Cowboys and opening up his recruitment.

“Nothing negative against Coach Gundy and the Oklahoma State coaching staff, I just need a chance to see what all is out there as I find the best fit for me,” he said on Twitter. “I’m announcing my de-commitment from Oklahoma State and opening my recruiting back up.”

McTear was the third pledge of the 2018 class when he picked the Cowboys back on February 6th. Since then, however, his recruitment has picked up significantly, adding seven more offers from TCU, LSU, Auburn, Miami, Colorado, Baylor, and Houston to bring his total to 13.

While he does not say OSU is out of the running, I don’t expect to see McTear sign with the Cowboys on signing day next year.

The likelihood of OSU not losing a commit at somepoint was slim. That’s not a slight against OSU or McTear for that matter. It’s the way the game is played. That’s what happens with 17, 18 year old high school kids who are getting bombarded from every angle by teams, coaches, friends, and family with ideas about where they should attend college.

With the loss of McTear, OSU now has 16 commits for 2018. Expect to see the coaching staff now focus on finding another tight end recruit to fill McTear’s spot before national signing day.