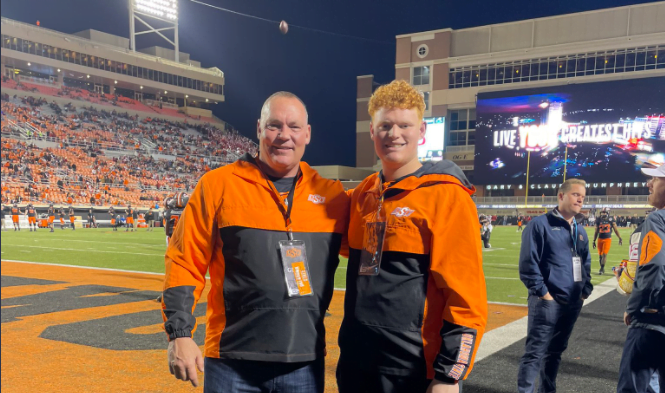 Oklahoma State added its first offensive commitment for the 2023 cycle on Sunday when three-star offensive tackle Jack Endean made public his intention to play for the Cowboys.

Endean hails from Tanque Verde High School in Tucson, Arizona. The 6-foot-5, 270-pound bruiser has enviable size and strength for a high school junior. But he’s more than just big and strong — as his below tape will show — he’s a fluid athlete that shows oodles of potential at the next level.

The Cowboys got in on Endean early, representing his third offer in mid-November behind Arizona and Michigan State, and appeared to have closed the deal in short order. He was on-hand for OSU’s primetime Bedlam victory and ensuing field storming.

With Endean’s pledge, the Cowboys move to No. 20 nationally in the class rankings according to 247 Sports and fourth the Big 12. He’s the No. 43 offensive tackle in 2023 and the 15th-rated prospect coming out of Arizona.

The timing’s fortunate for OSU, as the enticing prospect has taken unofficial visits to Michigan, Washington and Nebraska over the last few months. With the way he moves on film, other offers were sure to follow.