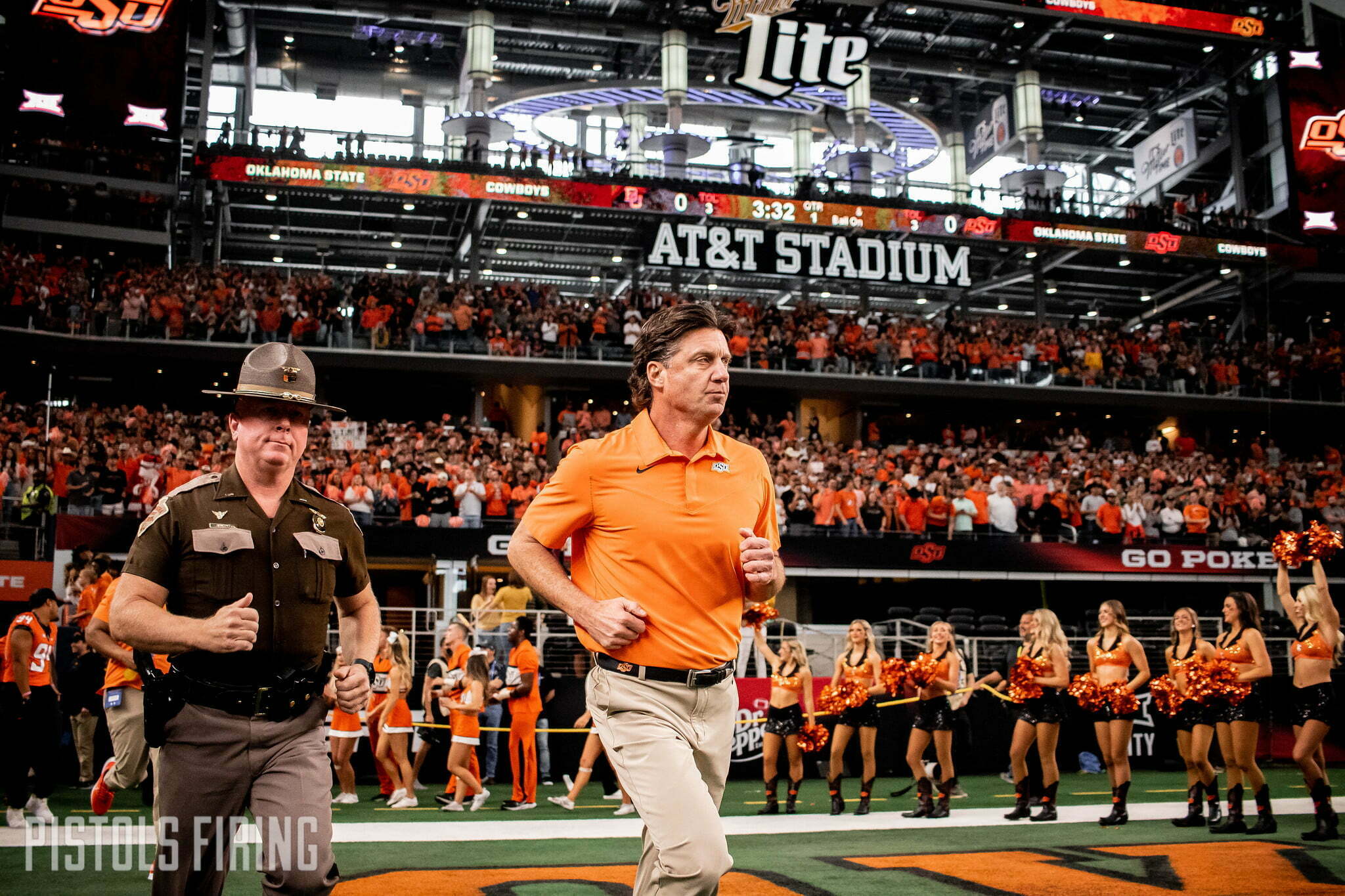 Nebraska might not be in the Big 12 anymore, but that state’s top quarterback is going to be.

Zane Flores, a 6-foot-3, 195-pound quarterback in the 2023 class, committed to Oklahoma State on Sunday. Flores picked OSU over offers from Washington, Missouri, Kansas State, Indiana and others.

Flores is a three-star recruit, ranking 776th overall in the 2023 composite rankings. He is the No. 29 quarterback in the country, according to 247Sports.

Oklahoma State offered Flores Feb. 15, becoming the third Division-I program to do so. He garnered offers from Memphis, Kansas, Oregon State, Washington, Missouri and Indiana in the days since before deciding on OSU.

Flores led Gretna High School (between Omaha and Lincoln) to a 12-1 record as a junior in 2021 after throwing for 2,885 yards and 26 touchdowns. He also ran for another 10 scores. Gretna won the Nebraska Class A State Title, but it was later vacated after the Nebraska School Activities Association board ruled the Dragons used an ineligible player (not Flores).

In the past three seasons, Flores has thrown for 6,046 yards and 51 touchdowns to 17 interceptions.

It’s early days in the 2023 cycle, but Flores’ commitment moves OSU’s class to fifth in the Big 12 behind Texas Tech, Baylor, West Virginia and Oklahoma.