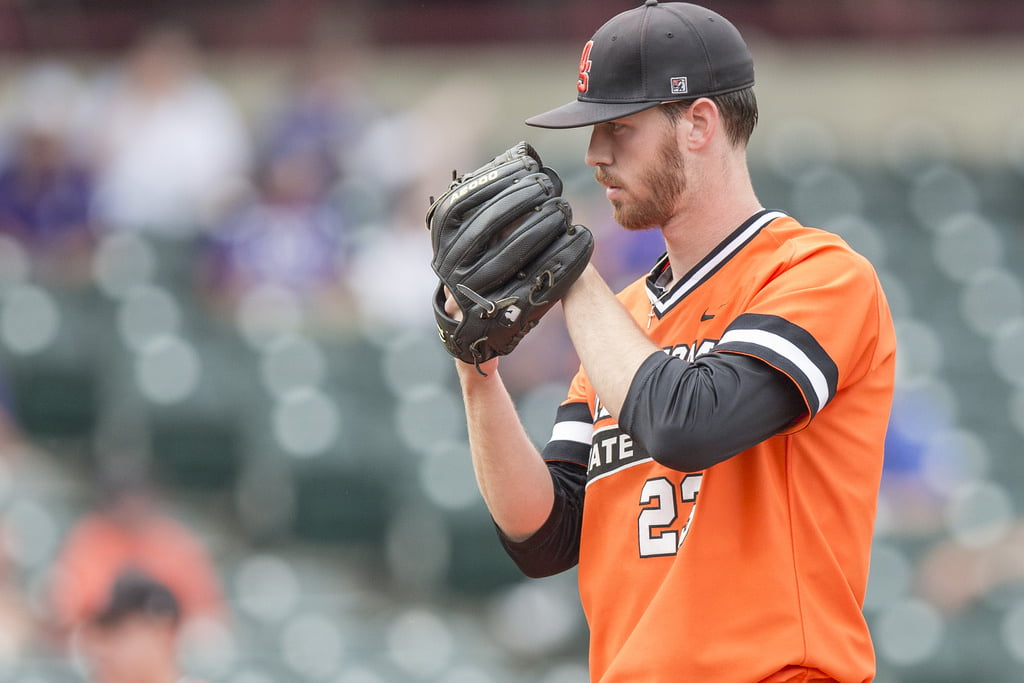 The Cowboys start conference play the same way they started the season: on the road against one of the best teams in the nation. The difference? This time it’s against the best team, the TCU Horned Frogs.

The Cowboys get a chance to make a major statement both in conference and on a national level this weekend. It won’t be easy, though.

Returning for the Horned Frogs is 2014 Big 12 Pitcher of the Year Preston Morrison, who is already 4-0 with a 1.15 ERA this season. All three of their starting pitchers are in top form this season, though. Sophomore Mitchell Traver is 3-0 with a microscopic 0.93 ERA, and junior lefty Alex Young has a 4-0 record with a 1.33 ERA.

Even if TCU has to go to the bullpen early, there are five guys with sub-3.00 ERAs to choose from, including closer Riley Ferrell (0.93 ERA, 7 SV). This team leads the nation in ERA, WHIP and strikeout-to-walk ratio, which means baserunners will be at a premium for the Cowboys this weekend.

OSU must absolutely capitalize on every scoring chance it gets this weekend if an upset is in the cards. Lately, that’s been an issue for the offense, to the tune of 66 runners left on base in the past six games. The Cowboys won’t get near that many chances against the top pitching staff in the country, so it’s important that they score when they can.

Both Holliday and Jim Schlossnagle are fantastic coaches, but Schlossnagle has been at it for a decade longer. He’s guided TCU through two conference changes (Conference USA to Mountain West to Big 12) and besides his first year in the Big 12, has won at least 39 games each season.

On top of his regular season success, Schlossnagle has gone to 11 Regionals, four Super Regionals and two trips to the College World Series, most recently finishing 5th in Omaha last year.

That being said, I think OSU still has room for improvements, and TCU is the better team at this point in the season. It will be a moral victory if the Cowboys can avoid being swept this weekend. Then again, it’s never too early to control your own destiny for the conference title…