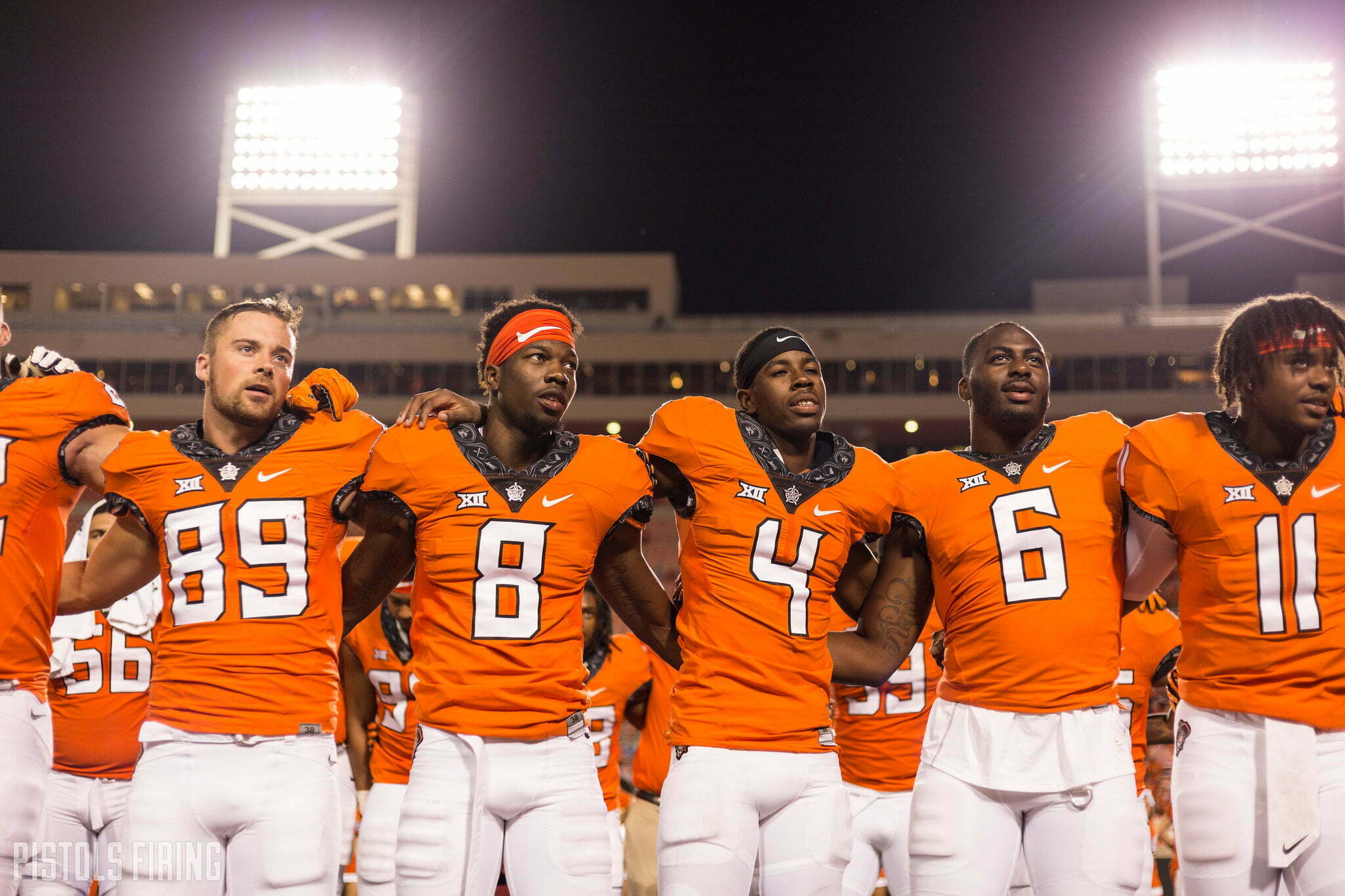 Believe it or not, football is coming.

With less than two months to go before the start of Chuba Hubbard’s Heisman season, let’s look at some storylines for this upcoming fall starting with the No. 52, which not only equals the amount of days left until OSU’s season opener, but also the number of career starts from two of the most crucial Cowboys on the roster.

Senior A.J. Green and redshirt junior Rodarius Williams each return for 2019 with 26 games of starting experience at one of the toughest and most thankless jobs in amateur athletics — cornerback in the Big 12.

Each has shown, over the course of his career, a propensity to make plays. But each has also suffered through a few head-scratching moments. This is the year that it needs to all come together for Jim Knowles’ dynamic DB duo. That fact is underlined by the mass exodus of all starters from last year’s Big 12-sack leading defensive line.

For OSU’s defense to live up to its potential, and keep the Jim Knowles doubters at bay in Year 2, Green, Williams and their fellow DBs will need to do a few things.

This doesn’t mean “don’t ever get beat.” That might be a ludicrous charge especially in the aggressive defensive system they play and with the prolific pass-catchers and offenses they face in the Big 12.

OSU’s defenders on the whole, and especially two of its veteran leaders, need to limit those big plays that occur due to lack of technique while avoiding costly penalties. Basically, don’t beat yourself.

In the frustrating loss to Baylor last season, OSU was out-executed and out-disciplined. The Cowboys were flagged 12 times — the most since the 15 in a loss to Arizona in 2012 — and Green led the way with four (pass interference, unsportsmanlike conduct, facemask, facemask). That can’t happen. 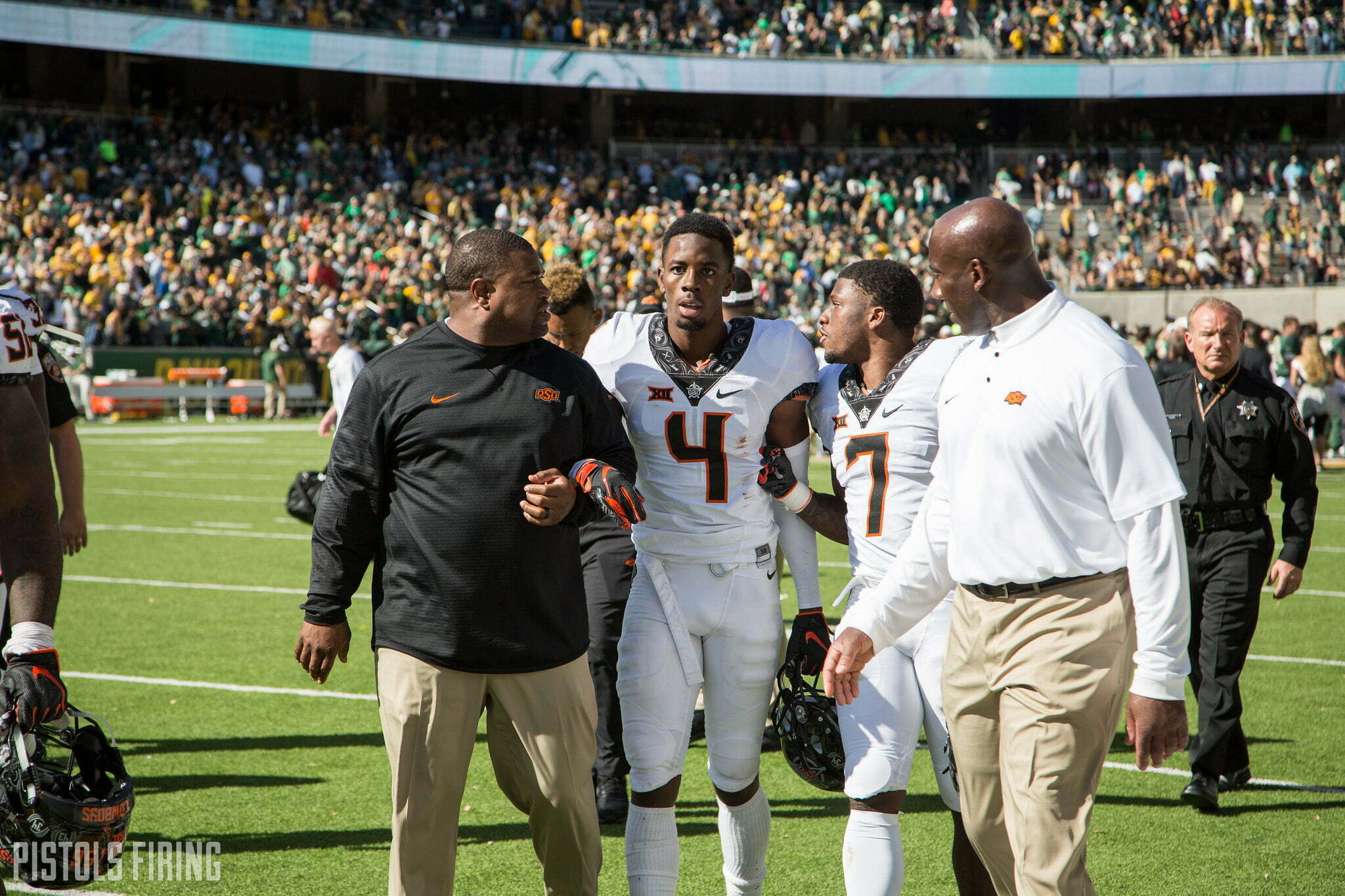 And while some big plays are inevitable, the frequency with which the OSU got torched last year was also excessive.

OSU finished dead last in the nation (!) giving up 64 passing plays of at least 20 yards. And that was with the likes of Jordan Brailford harassing opposing QBs, a luxury that won’t be afforded in 2019.

For every one of those two-facemask games (admittedly, I haven’t found a way to look it up but I’m sure there haven’t been that many), Green and Williams have accounted for even more eye-popping highlights.

Green has been a bruiser on the back end since Day 1. His lone solo tackle as freshman came on a mean-spirit spear against Colorado in the Alamo Bowl that had me ready to say goodbye to the Ramon Richards era. Don’t tell Kyle Boone.

Since then he’s showed his star potential several times like this game-saving play against Iowa State in 2017.

His partner, Rodarius, had his own part of that highlight reel in Ames.

And then Green pulled a similar trick out of his bag last year when he batted down Will Grier’s Heisman hopes.

One glaring deficiency for OSU in Knowles’ first year was an inability to turn offenses over, specifically a dip in interceptions. In 2017, OSU was 15th nationally grabbing 17 INTS. Last year, the Cowboys came in at T119th with just five.

Williams led the team with his two interceptions but Green, who had four in 2017, only had one in 2018. There’s a certain amount of chance involved in creating turnovers but there was an obvious drop off across the board. A little ball-hawking could go a long way.

The key for this defensive dyad will be to play free while not shooting off too many toes. That’s easier said than done. But with two full seasons of experience under their belts, the hopes of OSU’s fanbase, and Jim Knowles, hinge on their ability to do just that.

With all of the turnover up front, I’m not exactly sure how confident I feel about OSU’s defense in 2019. What I do know is that its pair of starting corners — that should on the be the best tandems in the Big 12 — will have a huge stake in any success it enjoys.