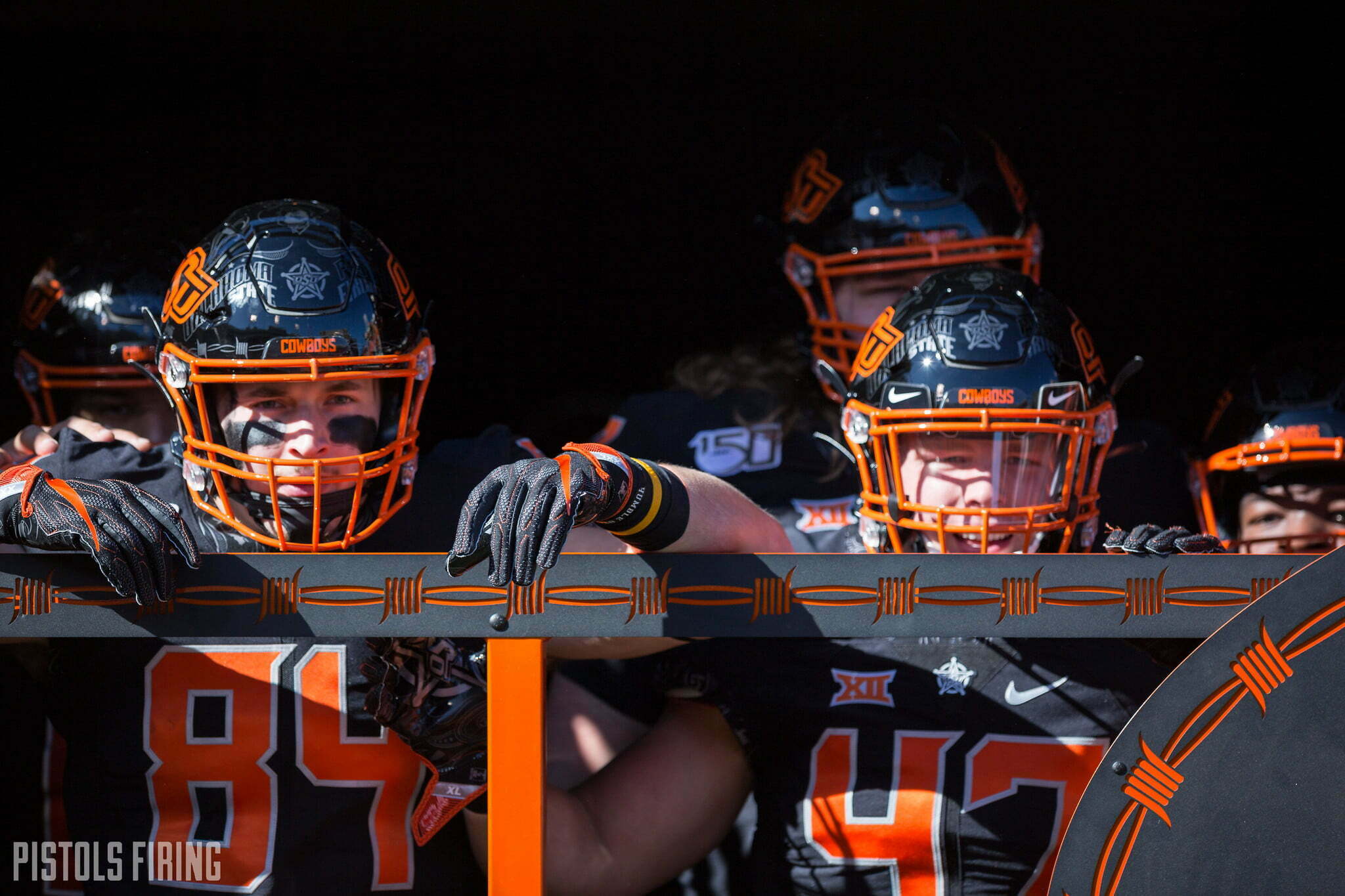 I’m not totally sure why I went down this rabbit hole recently, but it was a fascinating one. As the per-school Big 12 payout dropped from $38.8 million last year to $37.7 million this year because of the pandemic, I wanted to look at what it has been over the past decade. And what about the past two decades?

Thankfully, Google mostly obliged my questions and I was able to cobble together some rough data dating back to 2000. The numbers are humorous. The entire league’s distribution number 20 years ago is nearly equivalent with what each school’s distribution is now.

Let’s start there. According to this article from 2012, Big 12 payouts in 2000 were $4.8 million per team. That’s incredible. Again, that’s almost 10 percent of what individual university payouts are now (each school brought in nearly $40 million from the Big 12 alone in each of the last two years). This doesn’t even include money generated from home football or basketball games. Only conference revenue, most of which is based on television contracts.

By 2010 that $4.8 million number had doubled, and then it quadrupled over the next decade. I had trouble finding numbers for years between 2000-2008 and then again in 2011 and 2012. The 2011-12 data is wonky anyway because that was the period of time the league switched from uneven distribution to uniform distribution. In 2009, for example, OU made $12.2 million from the league, and Kansas State only made 2/3 of that. Uneven revenue distribution was a big sticking point in the league nearly dissolving around that period of time, and with teams moving in and out every year, I just couldn’t find reliable data for 2011-12 (maybe someone reading has those numbers). Regardless, we know they continued to increase because we know what the numbers were after that, and we know the television deal signed in 2012 created a massive boost to the overall numbers.

Also, those numbers don’t matter as much as the broader point matters. Over the course of just 20 years, or nearly the entire time Mike Gundy has been the head coach at OSU, Big 12 football has gone from a nice business to a thriving monolith (along with every other Power 5 conference). This is not breaking news obviously, but it is interesting and telling as it relates to the big problem with playing football during a pandemic. 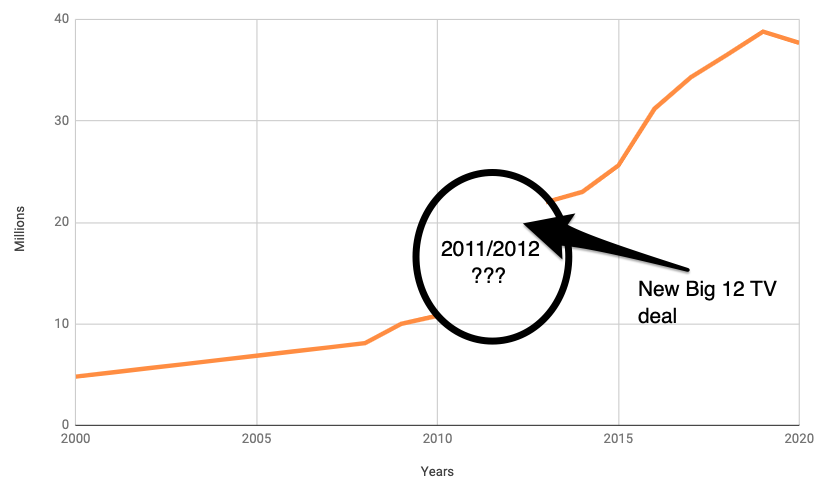 That is, universities are more incentivized than ever to have college football season because they are making more money than they’ve ever made. That’s not a bad thing. Think about all the jobs that exist at OSU (and other schools) because of this money. On the contrary, it’s a great thing and it’s a fun industry to enjoy as a consumer. However, the pandemic has exposed a bit of a reckoning with the amateur model that professional sports are grappling with as well: Can you ask your employees to work when they are uncomfortable with those work situations? And if you’re a university, can you call your players employees at all?

We can debate that point until forever — and I know some of you would like to! — but there are myriad other takeaways from these numbers as well. Primarily, that college football has changed so much in less than a generation. It is (or was) a good time to be in this business for everyone who is in this business. Maybe a pandemic alters that forever, but based on the upward trajectory of where the Big 12 was headed, I’m hopeful that even a cobbled-together season in 2020 and the possibility of returning to normal in 2021 will help realign that trendline in the direction we all want it to go.