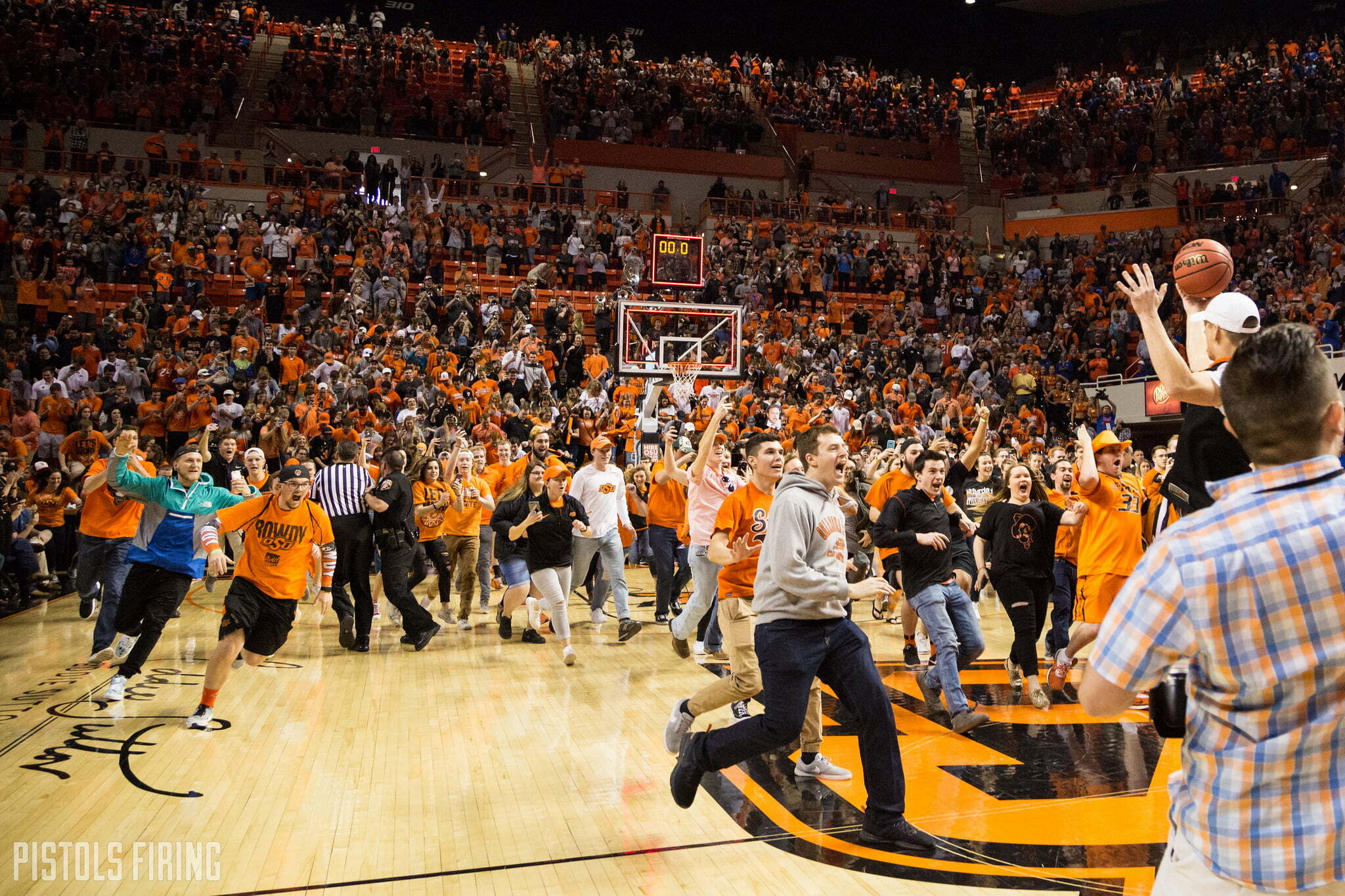 I always try to not make these posts long, and I always fail. Partly because I struggle with brevity (even as I instruct our others to employ more brevity!) but also because I think it’s fun to reflect on all that has transpired in a 12-month period. It’s easy in this business — and in life — to get swallowed up by the day to day and forget how far you’ve progressed (or in some cases, regressed) over the course of a year.

But before we get to a few numbers and thoughts on the future, I need to thank a few people publicly. You guys might not know them as well as you know me or the brand, but they are indefatigable, talented writers, editors, podcasters, photographers and artists.

Jacob Overton and Grant Newton were our two interns, and Newton is now our operations guy pulling strings behind the scenes and helping me try and keep this whole thing upright. They both have become friends, which has been a fun, unintended benefit of the role.

Thomas Fleming did Thomas Fleming things last year, is an OG of the site and is incredibly sharp about the way he views both game film and the world. Luke Garza was our beat writer in the spring before moving on to bigger and better things at the Globe Gazette. His stay was short, but he endeared himself to all of us and will have a great career in whatever he does.

We brought Dustin Ragusa on to help Kyle Boone cover recruiting and break down film after watching him do both on Twitter for the last few years. Here’s how the conversation went ….

Me: “This guy seems smart and ambitious.”
Boone: “Hire him.”

He’s been spectacular. If you’re not reading him, you should be. His posts buzz, and he has great, hilarious takes (other than the Brees > Brady one).

Steven Mandeville (Daily Bullets) and Seth Duckworth (OSU wrestling) have both been awesome in their niches. Mandeville is curious and smart, and Seth thinks outside the box in a way that surprises me and is delightful. I’m glad to have both of them.

Jackson Lavarnway (photos) and Chris Knox (artwork) are very good at their jobs, and it was fun for me and Boone to get to spend some time with Jackson on the road during football season. He’s energetic, a self-starter and loves the entire spectacle of this business.

Marshall Scott has taken over beat writing duties, and he has exceeded every expectation. He came up to me at the NCAA Golf Championship at Karsten to see what our situation was in terms of a beat writer, and I don’t know where we would be if he hadn’t. He’s creative, hilarious and his love for the Jordan 11s is only surpassed by his love for Panda Express.

Carson Cunningham remains a tremendous podcast partner. He brings a professionalism to what is otherwise just me yelling at the sky about OSU things. His short game still stinks, but you can’t have it all.

Kyle Cox does everything. Editing, writing, researching, live blogging. He is Chuba Hubbard if Chuba Hubbard was allowed to play safety as well (which might not be the worst idea I’ve ever had).

And of course Kyle Boone is a tremendous co-laborer, business partner and friend. He has heard more about my frustrations with literally everything from my kids to display ad sustainability than he ever signed up for, and he just bounces back the next day ready to light up the internet. Not only could I not do this without him, I wouldn’t even really want to.

So yeah, that’s our team. I have loved getting to run it and am grateful that everyone has stuck around as long as they have. Including you, the reader. None of this would be happening if you guys didn’t keep coming to the site and listening to our podcasts and watching our videos.

Speaking of that, here’s a look as some of our numbers from 2018. We were down in unique visitors and pageviews for 2018, and I sort of expected that off of three straight 10-win seasons and into a 6-6 regular season. It didn’t concern me given the context. 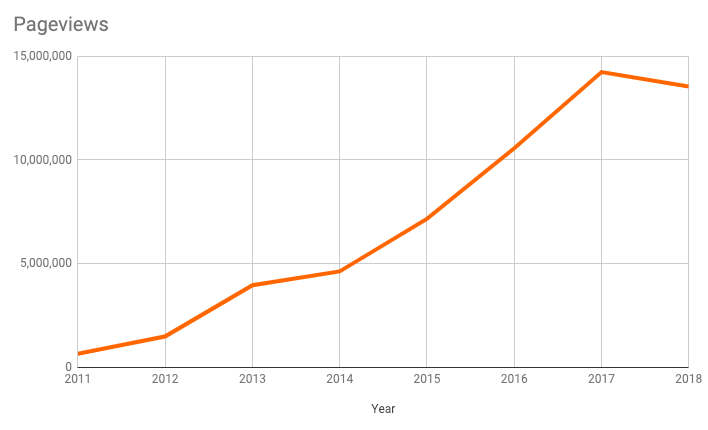 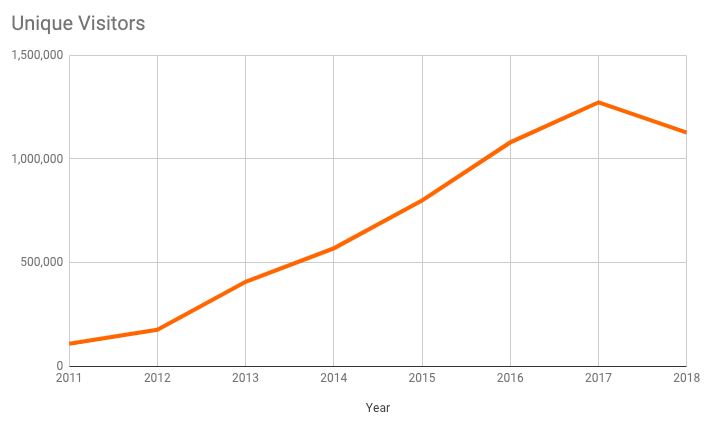 In terms of our production, we wrote almost the same number of posts (to the exact digit!) as we did in 2017, but on average they were a little longer (about 500 words per post). Nearly 2 million words in 2018, and PFB Nate probably read them all and disagreed with at least 1.6. 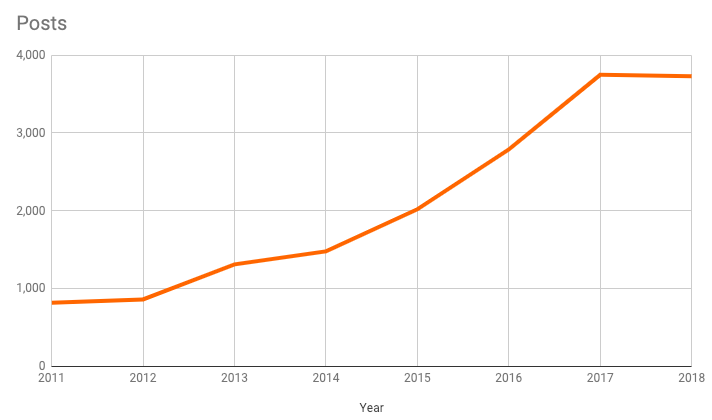 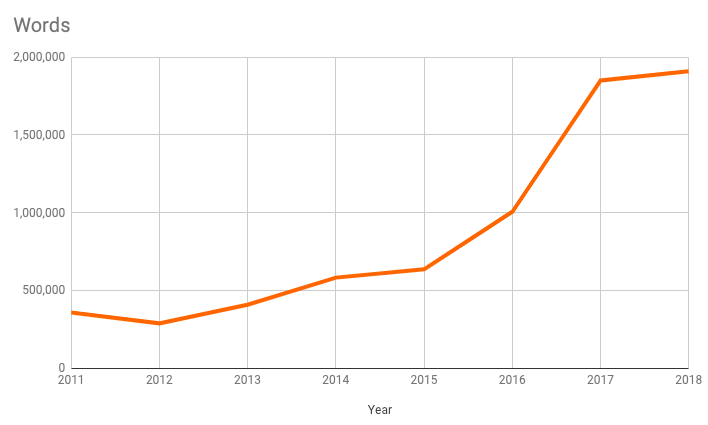 One of the coolest things for me is that commenting and hours spent on the site were up. So while our overall traffic was down, the people who were coming were more engaged. Thumbs up. 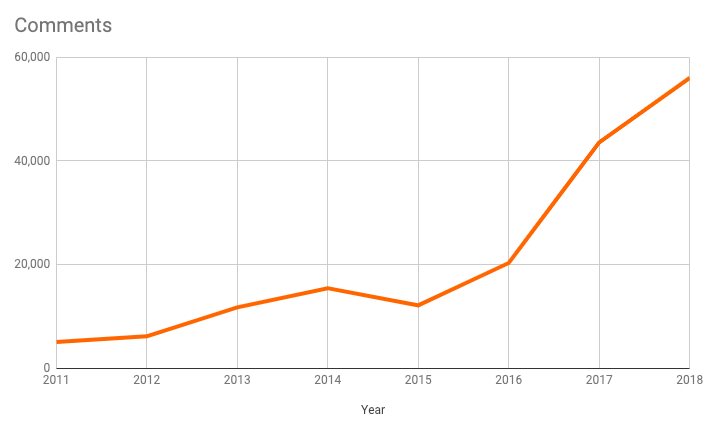 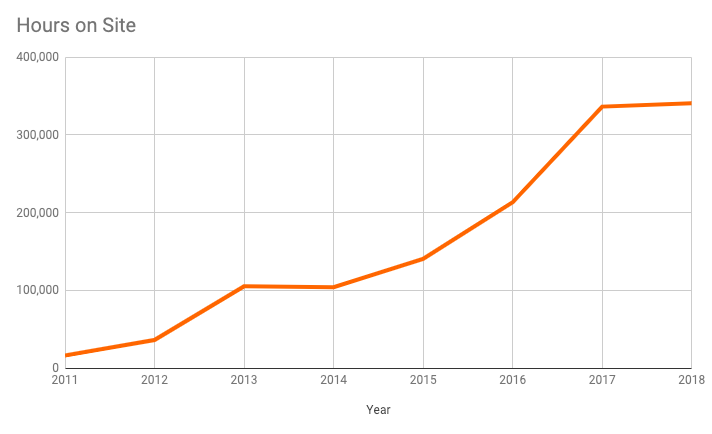 We finally had the budget in 2018 to go to road football games, and we sent a writer and photographer to 12 of 13 (including the bowl). That’s awesome! Here is a list of other things that we added or took place in 2018.

All of this to say I’m fired up about 2019. Kyle Boone is surely tired of me chirping in his ear about how pumped I am. The sports media landscape continues to be confounding, but as I think more and more about our site as a business I’m intent on producing an even better, more easily-accessible product that is the best in our industry. Here’s a little bit of what we have planned as of right now.

Can we continue to get better and better from here? Yes, absolutely (one way you can help is by signing up to contribute, by the way!). Are we going to whiff on stuff? Yes, we are going to whiff on stuff. We do, if not daily, then every week. Are we going to give great effort in reporting, building credibility, writing interestingly, podcasting consistently and delivering the most comprehensive coverage of OSU in the most entertaining way possible? Yes we are going to do that as well.

I’m proud of what we’ve accomplished, and when I say “we” I mean you as well. Your content via email and comments ends up as blog posts sometimes. Your questions are aired on podcasts. Some of you reading have become writers or editors or interns for the site.

This is a community, and while I haven’t always viewed it the way I should have, that’s one of my goals for 2019 (hopefully the forums will help with this and not hurt it).

This year I started White Maple Media LLC, the company that owns PFB, which I guess means we are official (as if the writing blog posts in my car on I-35 and 10 Thoughts at the Stillwater Best Buy didn’t make us official enough).

I never would have dreamed eight years ago that I would need a company to house my little website. But I do, and it’s because of an unbelievable group of creative people who produces content for you every single day of the week. Here’s to a great 2018 and an even better 2019 and beyond.