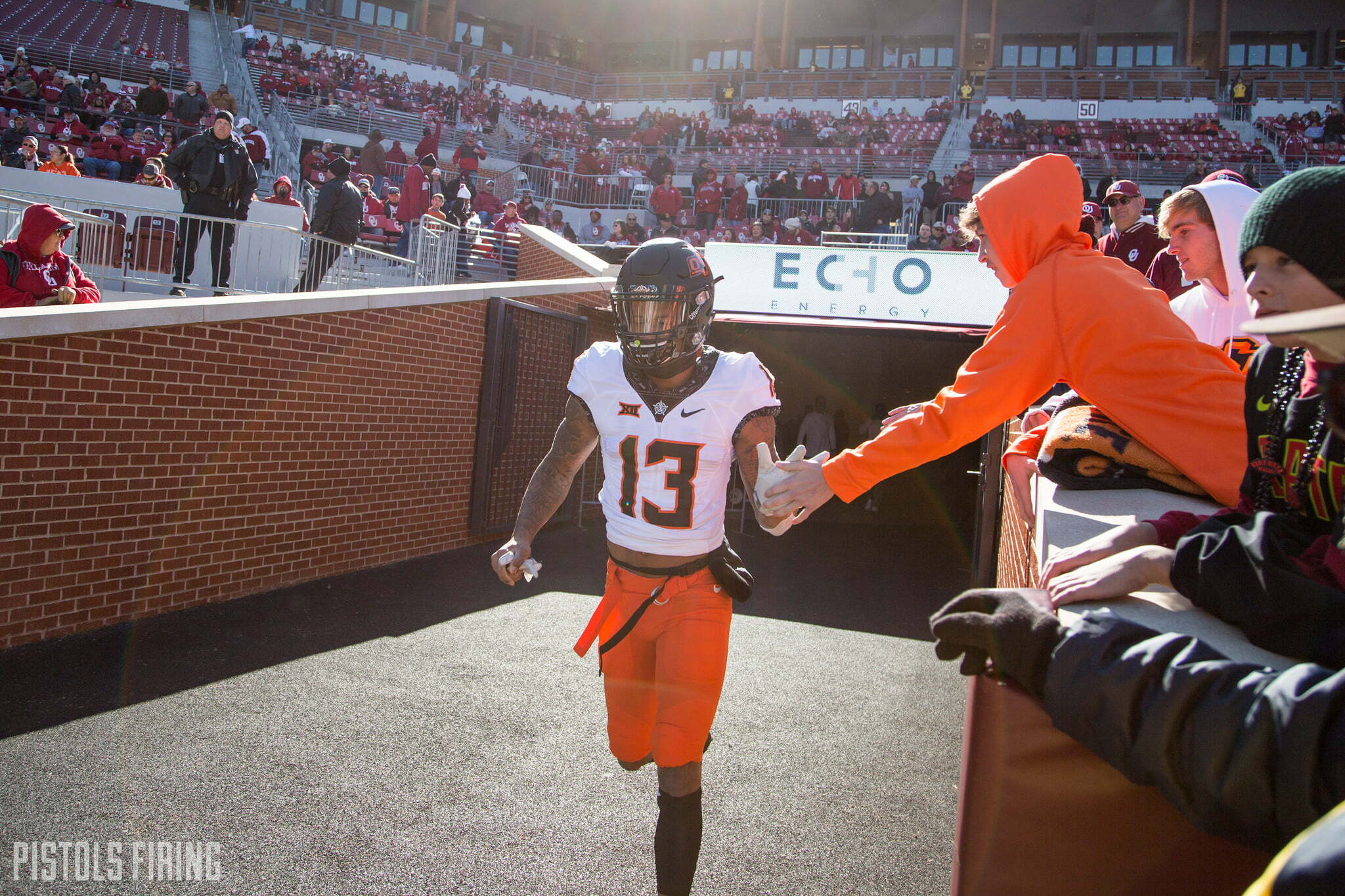 Yesterday I got up early before my kids opened their LEGOs and their bicycles and wrote the Daily Bullets. I touched on a few hot topics — recruiting, Corndogs and C.H. Spurgeon among them — and went on with my day. When I checked in later in the day after the LEGOs and bikes were opened and the food was eaten, I laughed.

The first commenter called me a dipsh**, and it only got merrier from there. On Christmas day! Over nothing! It was one comment, but it was also a microcosm for 2018 as a whole.

One of my goals for PFB in 2019 is to foster better community. I’ve been lousy about our trajectory with this, and as a result PFB has been lousy about this. This website *should* be the primary space for OSU fans to gather and discuss OSU sports and even other things. Sometimes I feel like it is, but much of the time I feel like it’s not. Sometimes I feel like I’ve cared deeply about that. Other times, I confess, I have not.

Part of all of this is the state of the internet going into 2019. It’s never been less noisy, less frustrating, less … angry. My parents visited last week, and my dad asked about that. “Why,” he said, “do you think everyone is so mad about everything all the time?” He wasn’t talking about PFB specifically, but he probably could have been.

I don’t really have tangible answers. What I do know is that I started PFB for a few reasons. All of them are in our mission statement as an organization. Our goal is to be …

The premier source of digital information, community and entertainment for OSU fans.

I think we have mostly succeeded on the first and third tenets of that mission but maybe have at times whiffed on the second. That’s frustrating to me because I feel like things I have done or left undone have led to people calling other people names in the comments section on Christmas day.

We are going to put a few things in place at some point in 2019 that I’m excited about to help foster this community. Part of me is concerned about this — that it will engender more dipsh** comments than anything else — but the other part of me hopes it unlocks for some of you a quiet place to think, learn and interact with other folks who all share the same experiences and interests.

Genuinely, some of the best things to ever come out of PFB are IRL relationships that would never have happened without this site or this company. OKC Dave is always my touchstone for this, but he’s far from the only one. I’ve become friends with or passed through the lives of dozens and dozens of people that I like and admire simply because we all like to think about Mike Gundy’s salary and what the two-deep looks like at safety next year.

This is what the internet allows us to do, even if it seems like it’s becoming less fun. Brian Phillips wrote brilliantly about this recently, and I loved all of what he said. He was writing specifically about Facebook, but it applies across every tribe of people assimilating online.

The internet of 1995 and 1999 and 2001 and even 2007 was a backwater by today’s standards, but to me, it was the most wonderful thing. It was strange and silly and experimental and constantly surprising, and it made you feel good about other people, because online, away from corporate media and every channel of established culture, other people turned out to be constantly surprising too.

They translated Anglo-Saxon poetry and posted photographs of Victorian ghosts and told you, to your eternal benefit, about what it was like to be someone other than yourself (in my case, to be a woman, to be a person of color). They wrote fascinating, charismatic diaries. And all of this, this faster, weirder, more forgiving universe, was right there, at your fingertips, for free. This sounds like nostalgia, but it was how I really felt at the time. We were making this thing together. [Ringer]

It’s been an angry year. Politically. Culturally. 6-6 seasonally. I haven’t read Twitter since Halloween. Some of this is my own fault. Some of it is the nature of the internet. I get that. Some of it, though, feels different than it’s ever felt before. I don’t totally know why this is the internet of 2019, but as someone who has existed in this space for nearly a decade, I certainly feel it.

Here’s the thing: I am wrong probably more often than I’m right. That’s part of the whole deal! It’s ok to point this out. It’s good to point this out. I want it. It makes me better at my job and strengthens the community we have on here. What’s not going to happen, though, is that we’re not to engage each other in a condescending way, in the comments or otherwise. There’s not going to be dipsh**-calling or any of the other stuff I’ve seen over the last year. You would never ever do that in a real-life community you’re part of so don’t do it here.

It has been a professional joy of mine to get to interact with the PFB team every day for the last few years. We don’t all get along 100 percent of the time, but there is a shared goal, a natural mission and a healthy respect. That means that the thing we spend the majority of our time doing — work on writing and editing OSU stories — is actually fun, even when we disagree, maybe especially when we disagree. What a world!

You can and should call us out and hold us accountable. But you should do it in an engaging, kind way (partly because this is sports but mostly because we’re all humans). There’s a way to do this, and most of the people who are doing it right now ain’t it. We exist to serve the reader, the consumer of OSU content, not the other way around. What we don’t exist to do is engage the most vitriolic in our group.

I’m fired up about 2019. I told some of the guys this the other day. I’ve never been more excited about our #squad, never been more excited about what we’re bringing to the table as an organization, about our growth. I know you don’t get to see a lot of the work we do behind the scenes, but you will soon. The first of a few things we’re launching or relaunching is a daily newsletter. If you haven’t signed up to get that you can do so here.

It’s one of many projects, though. This time next year I envision PFB looking much different than it does right now. Just as it looks far different this time this year than it did this time last year. All of this of course can be aided by you becoming a contributor, by you getting even closer to the action here at PFB than you are right now. If you love what we’re doing, love the community, love being part of the whole thing, you can start contributing right here.

It’s been eight years of doing this, and it still hasn’t gotten old. I’m not convinced it ever will. I hope it never does for you either.